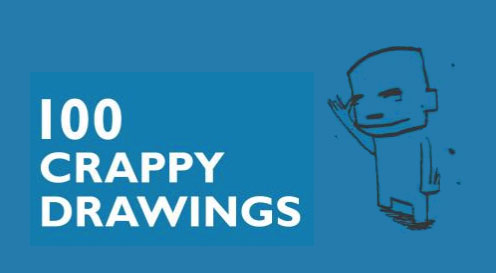 evolutionarily up there with opposable thumbs

Scripples and drawings have always come in all shapes and sizes. Tracy Emin had the names of all the guys she had ever shacked embroidered unto her tent. The fine artist Jan-Hein Arens published the book ‘100 Crappy Drawings’ earlier this year to reflect a body of work sold in galleries over the years.

Art critics have already had a field day writing about the cultural significance of Emin’s tent — not least when it was lost in a fire in 2004. But had it existed today, the said critics would secretly have torn strips thereof and used as toilet tissue at the first global paper shortage. In contrast, there is neither much Duchampian concept nor international press coverage lost on Arens’ book. But it is arguably a better companion on a deserted island any day in the week and twice on a Sunday. Besides, you quickly assess that the book is unfit for the purpose of wiping.

The last endearing fact is good news, because if you look inside, then the quirky profundities are up there amongst Piet Hein’s Grooks. Only these entries are more playful both in ink drawing and in prose. The visual puns charm your socks off by drawing on references from our collective conscience followed by changing direction all of a sudden. You think ‘all of your being’ is being pulled in a certain direction. But as it turns out, all that is really being pulled is either the carpet beneath you or your proverbial leg. This stuff is not easy just to rattle off. Storm P worked hard in his bathtub to consider science. The result was the appropriation of Archimedes law of physics saying that When a body is immersed in water —the telephone rings.

In a similar vein, Arens purport that there are neutrons, protons and golf balls. He also suggests that ‘Before he became a super hero Batman was a gardener’ or ‘that some dogs learn the truth’ and ‘others are smart enough to ignore it’. On balance, there are no holy cows in this book given that notions of the divine and our existence are being lampooned so thoroughly.

This is Nathan. He will replace you when you are dead. But for now he just needs to use your bathroom.

What to expect from Arens’ book and where to find it

The book is about art that the artist has exhibited and sold as one-off pieces, and as such the book neither pretends to be a comedy nor does it intend to rate high on your chuckle-o-meter. Still it’s slow-cooking wit is bound to produce a smirk on your face well worth the money you have not paid for it yet.

The artist did the brave new thing of self-publishing his works via bravenewbooks.nl. Your can obtain your own copy on Amazon. 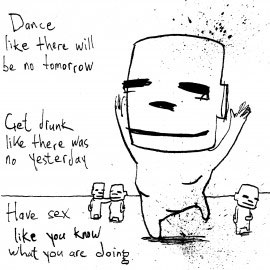 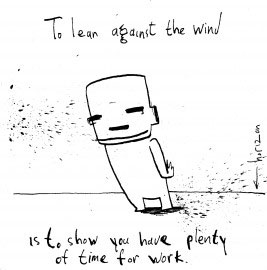 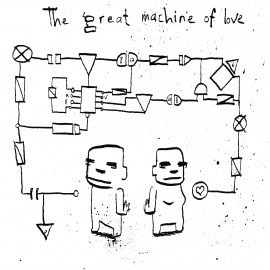