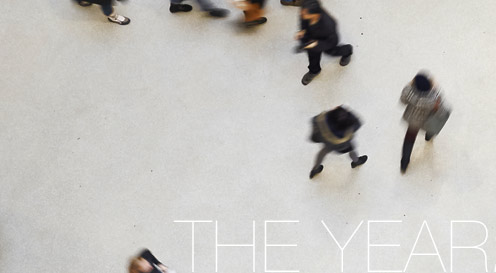 In retrospect the real revolution in 2014 has neither been another butchered animal stored in formaldehyde, nor an artist shacking a goat as a performance piece or video.

No the real change this year has been commercial in nature, and has benefitted the dominant players in the industry who have read the market accurately.

In the past 10 years the ‘official’ art market has grown from €18.6bn to €47.4bn. In an attempt to look at this development dispassionately and objectively, there have been no losers. Absolutely none. However, some have got a larger slice of the growth; and in summary

While artists continue to get stronger at promoting their art directly to collectors, the winners of 2014 are clearly the auction houses. The major auction houses have been expanding their businesses in an ambition to cover all revenue streams.

The auction houses are biting themselves harder and harder into direct private selling, which was previously the domain of galleries and specialist art dealers. The move is nothing new, but the focus on private sale has increased.

Purportedly Christie’s has recently expanded their New York exhibition space to achieve this. Of course the majority of the art on display is secondary market material that has been through the artist-to-gallery primary market. But increasingly, it includes art consigned directly from artists fresh from their studios. A similar development is evident in the Hong Kong branches of both Christie’s and Sotheby’s.

When saying it is nothing new, the trend was spotted in 2008 just before the so-called art bubble burst’. Then in a bold move, Sotheby’s acquired the art dealer Haunch and Venison to sell off Damien Hirst’s work.

Remarkably, auction houses are also acquiring more technology and they are making strategic alliances with unexpected partners such as eBay not only for streaming of live auctions, but also for selling via the eBay platform. For everything we learn about branding and protection thereof, Sotheby’s is tabbing into a very different audience who would not normally consider showing up physically at a Sotheby’s auction nor bid from a distance.

While the artists and the auction houses are becoming stronger, the galleries are holding their own. The only reservation to make here, is that it is the Galleries who show up at art fairs who survive and prosper; and those who stay at home who perish. 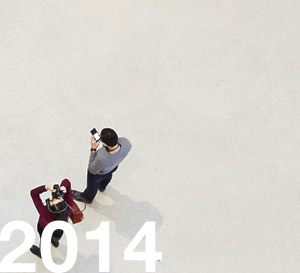