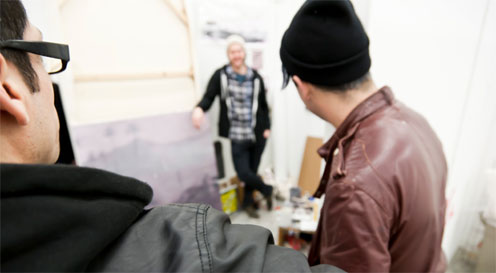 the art critic — an exotic species

The eco system of the art world would not be the same without the art critics. While at first, it may not be obvious what use such creatures might be to you, rest assured that they will soon be your very best friends in navigating the art market as a collector. E.g you can either choose to buy up everything they reckon has no artistic merit or you can seriously avoid everything they disregard. Art musuems, art fairs and galleries all benefit from the spin that known art critics provide. In their view, there may be good PR and bad PR, but in art all mention helps at some level. It goes some way to explain why art critics turn out to be a welcome bunch.

So what is it about this lot that suggests we need a Greenberg, a Marlow or a Hess so badly? After all, and as we will soon discuss, critics are not only wrong at times. They are spectacularly so when they miss.

If nothing else they say ‘hey look at this…I really want to pimp it, dude.’ More often than not, art critics are witty, intelligent and entertaining people whom we would sorely miss if they were not invented – by their mothers.

Digging the genre of art critique

Effective criticism includes both possitive and negative substance of sorts. Moreover, an undercurrent of sarcasm is popular amongst some readers of the art press, as is a good contextualisation. Context is all important suggesting how and where the said artists fit into the meaning of life, no less. When no pigeon-hole is to be found for the artist – e.g because originality exists – then art critics become instrumental in coining terms serving as sense-making indexes for posterity.

Point in case is art movements such as Impressionism, Fauvism and Cubism which were first intended to be derogative labels, but which soon were adopted by its proponents legitimately. The rest of us did as well.

People whose job it is to label

The activity of being an art critic has often been considered a low risk activity in comparison to that of creating art itself. Artists in turn have often had an ambivalent relationship with critics muttering that art critics are in fact frustrated artists. I.e. they chose their profession, because they had no personal talent for creating art themselves. A frustration, which made them so envious and bitter that they shred good art to pieces in their writing. Others might be tempted to think critics are opinionated and do not possess the academic rigour of true scholars. Besides, they lack the flair of journalists.

But none of that is true, though it is tempting to project those traits into the character of these professionals.

Art critique and its poor record of target practice

Much of what critics write or say is drastically corrected in the passage of time. Some of the superlatively praised academic painters of 19th century (cf academic art) are either derided, and some personal chums of critics are not really cutting the mustard today. In contrast negative mention by Ruskin of Whistler turns out not to affect his popularity today, and historians view it all more as a personal score that the critic felt compelled to settle with the artist.

By labelling a new ‘ism’ and sticking it to an artist friend, an art critic effectively promotes the artist at the expensense of other artists by calling the others ‘followers’.

Art critics have created a hell on earth in that regard. In addition, no sain artist wants to be associated with a previous ‘ism’ or movement, because the search for novelty in the art world immediately dooms artist careers for being followers of others. So current and cutting-edge artists who deal in recycled art in Italy do not want to be associated with Arte Povera. The New Leipzig School do not want to be classed as surrealists; and you cannot do drip painting without being an anachronism of abstract expressionism or some other Pollocks bollocks. Even saying you have influences is dangerous territory, unless you choose sufficiently many.

Chasing the novel, beautiful, ugly plus what pisses grandma off

Logically, though, there is very little new under the sun in our 70-thousand year old mark-making culture. So much of what we do are conceptual repetitions of previous civilisations. Old wine – new bottles so to speak. The depressing fact of the matter is that none of us are that original when it comes to it. We can say very little about the human condition that hasn’t already been said. Just jump on the therapy couch of a Semilogist or a post-structuralist and obtain their assessment. But, by insisting that art has to be either revolutionary, ugly or provoking, you can no longer be a professional artist just for the sheer hell of it.

Therefore, art critics are partly responsible for making the entry to the art world complicated for anyone who does not pretend to be awfully clever about it all. No wonder some artists choose to be very careful about giving interviews without letting their gallery spokesperson orchestrate the communication carefully.

Humble beginnings and all that

In evolution there was an eternity of one-celled bacteria as succeeded by some more multi-celular jobs. At one point the cambrian explosion took place. It meant a proliferation of complex biodiversity. Then the urge to experiement was so great that one-winged, 19-arsed and three-legged animals probably existed along with other awkward mutations. The same goes for formalised art criticism. After the second world war there has been a logarithmic scale growth not only the art market, but also in the whole industry that offers us help in making sense of the art market. What’s more it has been democratised so that it is not just the elitist critic writing for the elitist burgoise hob-nobs.

Art criticism is per definition as old as art itself, but art critique as a genre did not acquire its present form until the 17-somethings. The near 300-centarian art of writing losts it virginity in 1737, when La Font de Saint-Yenne wrote about the Salon, the academy and bantered about the French monarchy.

Later Fellow countryman, Diderot diddled about the art of passing judgement and praise on artistic endevours. The academy of fine arts in Paris, indirectly made mention of its academic artists an institution in its own right. Few other means excisted for making the art accessible amongst the elitist Parisians at the time, and the type of journalism helped many simplify their view of what to take heed of in the expectation that the critic could sort wheat from chaff. Too simplistic a view, one could argue, as evident in numerous and following misrepresentation of impressionists and fauvists. A Century later and Charles Baudelaire published a bold and brash review of the Salon of 1845, which soon set the precedence of how to mention art that has lasted to this day.

Art criticism can be very international but it can also be awfully homegrown and inward looking. This is both good and bad, but mostly it is good. However, if Edvard Munch relied on Norwegian art critics, and not German excitement for expressionism, he would not have got far.

The opposite is equally true. Before the World War II Clive Bell and Roger Fry represented the Bloomsbury group. Whilst Fry is credited for introducing post-impressionism to Great Britain, his, like Bell’s focus was mostly on the promotion of British art, on British turf with their formalist approach to art. The Bloomsbury group, had their own fully fledged micro-book publishing, and helped pave the way for notable British talents such as sculptors Henry Moore and Barbara Hepworth along with Paul Nash and Ben Nicholson. 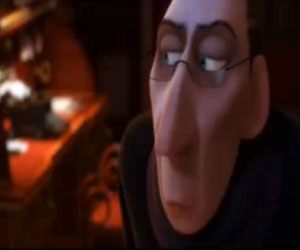 the stereotype or a kernel of truth?