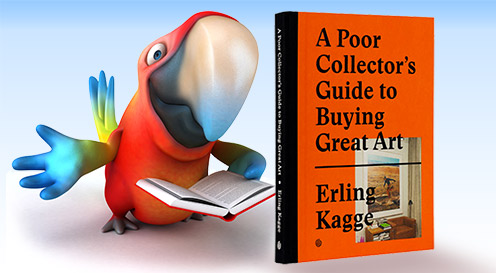 Erling Kagge has written and published a rare glimpse into an art collector’s mind. His own, to be precise. The book release coincides with an exhibition at the Astrup Fearnley Museet called Love Story featuring selected muses from Kagge’s private collection in the public service of making it less private.

The book, the Norwegian calls an essay in all quaint modesty. The etymology of the word is old French and means something along the lines of trying out or weighing up stuff. And that is exactly what the piece does.

The format is successfully compartmentalising the art of collecting into 24 sections that contain Kagge’s observations from his own extensive experience — all without purporting to be an authority on the topic. Refreshingly, the whole format is spiced and punctuated with many photos. Throughout the book you are cordially invited to peep into the collector’s home to appreciate works by Richard Prince, Sergey Jensen, Urs Fischer, Tauba Auerbach, Trisha Donelly; to name but a few.

The 24 sections vary greatly in length given the fact that you can’t possibly say equally much about everything without labouring the point ad nauseam. The 23rd, a more word economical section, urges you to be appreciative and thank your gallerist after the purchase.

As a whole, though, the book is brimming with ideas and insights that anyone could use to their advantage. A few passages run you through the various ways that other people decide to go about their business of collecting. Of course, it includes the oft-quoted example of postman Herbert Vogel and librarian Dorothy Vogel, who as a husband-and-wife team, collected more than 5000 pieces of contemporary art of the museum-grade ilk in a tiny Manhattan flat. As you might be aware, they did so without being well-heeled and simply by having a passion for art combined with a real knack for spotting talent before everyone else cottoned on to the idea. They are included because they are so well documented by the media that they serve as common reference and encouragement for all ‘would be’ collectors.

The third of the 24 entries addresses the number one stumbling block for any budding collector. It says: Accept there are no rules, only deals. Erling Kagge, who happens to be a solicitor amongst other things, knows how public limited companies must comply with regulations, and he puts it succinctly when he says that insider trading, price manipulation and cartels are standard operating procedures in the two art markets.

As a minimum, you can adopt the SUMO principle of Shutting Up and Moving On. But ideally, accept and embrace the art world as it is, and use its charming idiosyncrasies to your advantage.

Nowhere in the book does it get boring. That achievement is no mean feat for any author, and we have searched for the mystery ingredients that have made that possible. For our money, it is Kagge’s undercurrent of dry humour and personal warmth; two qualities that you could not fake and would have to be genuine in the first place. Besides that, the author alternates between Zen-like philosophical sophistication to the more lager-laddish remarks such as:

As they say in Kongo, a man who has swallowed a coconut needs to have lots of faith in his own arsehole

At times, though, the book offers serious shop floor talk. For instance, it covers some of the mechanisms of the art market(s) with references to Julian Schnabels rise followed by buyer’s bubbles bursting around him, and the subsequent recovery and rise. Erling Kagge also ventures out into explaining the psychology of some collectors and why, for instance, they could feel compelled to create egoseums in their own name. He also sees his act of collecting as a responsibility of sorts. At least it is something that should not favour a monoculture in a petri dish, though even that is a contradiction, in its own right. I.e. someone has placed that something in the laboratory, and thus it is a duo-culture. He quotes his compatriot Eivind Furnesvik who refers to collectors following a certain collecting formula that is safe, sound and financially rewarding as ‘jukebox mentality’:
“The digitally enhanced pace and global outreach of the art market has also resulted in paradoxical consensus culture among collectors; the emphasis on the same events, the same measurement of success and the same sources of information results in a surprisingly rigid framework of ‘good taste’ or at least validated taste, not dissimilar to the jukebox that has some classics, mostly pop and a whole lot of one-hit-wonders, and where the collectors are left with the reduced task of pushing buttons from an already made selection.”.

Further, under Section 11 Problems and Opportunities (3) , Kagge quotes the famous line from the life of Brian “Look, you’ve got it all wrong! You don’t have to follow me, you don’t need to follow ANYBODY! 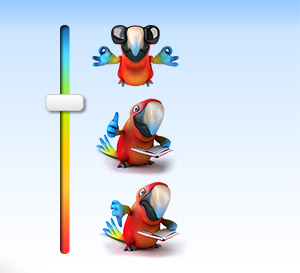