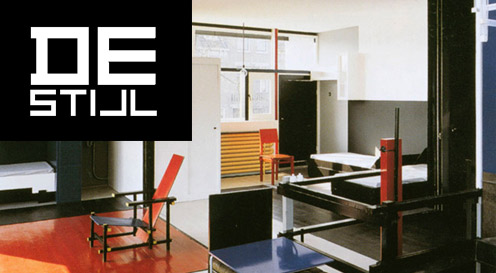 De Stijl - the neoplastic something or other

De Stijl is one of the major movements in modern art of the 20th century. It is a bold export from the Netherlands that has influenced modern art and graphic design up to this day. From the outset, its intention was to be international and bringing about social reform through the sum of its activities.

Far from being a homogenous group or ‘ism’, De Stijl -or as we shall later cover- neoplasticism is perhaps best defined as a collective project at first and less so later. As a movement it is not so clear-cut at all, and Cubism, Futurism and in comparison Surrealism were much more isms, and Bauhaus was a school with a set methodology.

Yet, De Stijl seems clearer today than the others somehow, and that is despite the fact that people involved barely knew each other, and even fewer ever met. In fact, neither exists a group photograph nor a group exhibition catalogue. The only exhibition ever held was in France and featured only design and architectural drawings.

Although Mondrian is the one most people always get acquainted with first, Theo van Doesburg was the driving force. The Dutch painter and writer was behind the magazine ‘de stijl’ published 1917-1928.

Why the name, and what was its rationale?

De Stijl means two things in Dutch: ‘the style’ and it means ‘the post, pillar or support’.

It is important to note that the name De Stijl was the magazine, and Neoplasticism was the original term coined to define the activities of the group. De Stijl, however later published a manifesto of sorts in 1920. So in retrospect, De Stijl has become more popularly known than neoplasticism whether it is right or wrong. It would be right, though, if the publishing is the main focus, and indeed the main writer, designer and editor was van Doesburg whose vision if you will, was the only part that was not of more temporary participation in the group.

Art and design across disciplines

The group consisted of two main activity streams. One was painting and graphic design, and the other was architecture and industrial design.

The painters worked out from a clear conviction and constant search for the beauty inherent in simplification. Along with black and white, the primary colours of yellow, blue and red, the paintings defined a whole new vocabulary of artistic merit from some self-imposed limitations. Among these were also the use of orthogonals as in horizontal and vertical lines made up of rectangles. The biggest proponent of these were Mondrian, and after a while van Doesburg rebelled somewhat by introducing elementarism. Lines ‘on the piss’ resulted in a quarrel and Mondrian decided to exclude himself from the group in 1925.

About the other members

The architects strived towards a new kind of architecture which was more stripped down, more subtle or less ornamentation, and more democratically distributed whilst being ergonomic and functional. The de Stijl Architects very much agreed with Frank Lloyd Wright’s notions of architecture having a social rôle and responsibility.

The characteristics of the group and its convictions

All members of the group produced great work. But the associated artists and designers felt compelled to write in the magazine about each others work perpetually and incestuously. Today we might view this as propaganda and collective self-aggrandisement. But the magazine proved popular. There was a bold belief in art and design having the power to change the future for greater equallities in society along with a utopian conviction that mechanisation would solve most problems in fullness of time.

De Stijl and its rate of member turnover

Groups of creative people are notorious for not staying together for long. Some critics, however, suggest that Doesburg may not have been easy to get along with.

While he had the charisma to draw people in, he managed to fall out with most of his fellow artists by the early 1920s. Doesburg then increasingly recruited new members abroad. One was the Romanian sculptor Constantin Brancusi (1876-1957) another the Russian artist El Lissitzky (1890-1941), and a third Swiss painter Sophie Taeber-Arp (1889-1943). Finally, the enterprise was almost exclusively the mental construction of van Doesburg. Published by him and promoting his own ideas whilst attempting to masquerade them as aesthetics and philosophy of a larger group.

Some of the most popular ‘De Stijl’ artifacts of proven perennial interest are:
1 The Red Blue Chair by Gerrit Rietveld, 1918 (later painted and renamed as such because the original design was monochrome)
2 Arithmatic compostion, Theo van Doesburg 1930
3 Schröder House in Ütrecht, Gerrit Rietveld 1925
4 Composition in Line, Piet Mondrian 1917
5 Composition in Red, Yellow and Blue, Piet Mondrian 1922, 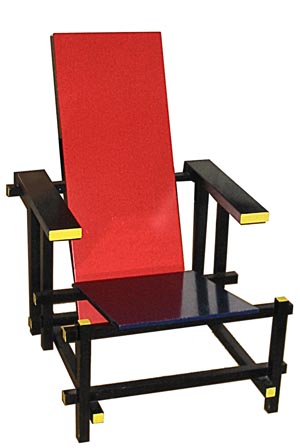 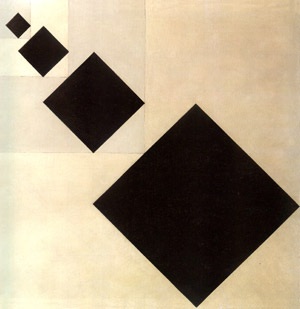 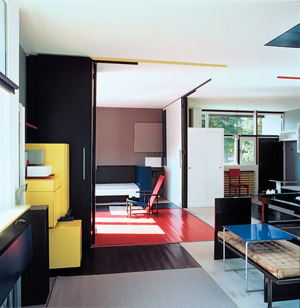 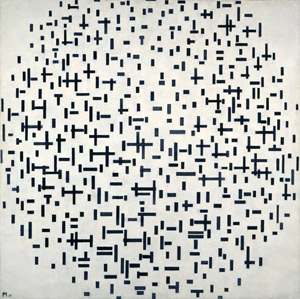