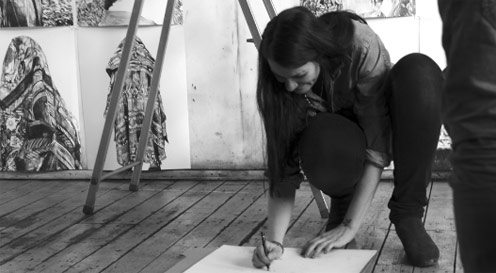 forget alice — this is anouk in wonderland

The artist Anouk Griffion orchestrates a special blend of reality and imagination into impactful compositions that include ﬂora and fauna in a kind of dream world. The artist who lives and works in Rotterdam, is renown and increasingly famous for what appears to be two distinct strands of work in two different media. One is photography and the other is drawing. Soon, however, you realise that one is the catalyst for the other in a tireless exploration.

The photography is almost exclusively executed in black and white – or a series of greys some would have it. The same goes for the drawings created with charcoal and graphite pencils. Black and white clearly have lots of potent strength and drama even when the the word ‘why’ keeps being associated with its resultant art as much as the words ‘why not? It may remind us of ‘Vincente Minelli who ironically pointed out that ‘colour can do anything that black-and-white can’. Thereby, he stated that the opposite was equally true.

For one, the monochrome noir is perfect for creating illusions. Artists as diverse as Escher and the early pioneers of photo montage have all realised that you can mix more surprising and thought-provoking objects together and make it look far more convincing than in colour. For instance, the highlights and shadows do not need to be colour-corrected into similar colours complimentary to light source being absorbed or bounced back to us.

You can’t help but being drawn into those life size drawings that Anouk Griffioen produces. Of course, we are not in awe of size for the sake of size, but the drawings command a certain presence in a room, and secondarily, it is the sort that requires a step ladder both to mount on the wall and to draw.

The sum of carbon lines works on several levels. At first the detailed renditions work in a purely abstract sense where we sense a rythm in the contrasting patterns made up of foliage and natural props. Then you might see clothes that is playfully camouflaging the sitter to the surroundings by having flower print on itself. It is this sense of discovery in the inherent ambiguity that makes you enjoy the art. What is more, this joy comes without concluding the artist is recording the decisive moment when someone wanted to start a guerrilla war in a flower bed.

Then there are the faces, which is a chapter in their own right. In her time, Griffioen has drawn many faces extraordinarily well. But on balance she has moved towards doing something entirely different and far more interesting with them.

In much of her work, Griffioen is hiding or transforming faces. Often enough, the facial is all bar a suggestion, and is left blank as white inverted silhouettes in the middle of the motif. Yet again another pull us in by showing a big contrasting plume of hair or feathers hiding the face. A hand or arm may also shield off our gaze. Over time, at least two more variants have been added to the constantly growing visual vocabulary. The first one is to exploit the contour of the face as a hole or a mirror through which we are entering another quite detailed world. The other is toying with anthropomorphic animals or shapeshifting humans revealing animal spirits.

Popular psychology, i.e. of the non-academic and less cautious ilk, could quite possibly home in on all this like a heat-seeking missile. It would extrapolate a hypothesis about being genetically challenged in the beauty department. To this end, it would second-guess a childhood of wearing dental braces or otherwise looking as if one has brushed teeth with a hand grenade or being forced to eat cereal with a dust pan — or quite possibly all three.

But thank goodness, that is all a load of twaddle.

Luckily, Griffioen has a far better way of contextualising her own work:

My newest drawings have a distinct connection with plant life and nature. Inspired by the imaginations of my children, I created “Alice in Wonderland” type environments, with lush green woods and foliage surrounding and almost enveloping my subject. The images express a sense of freedom from boundaries, and of getting lost in nature. I try to make drawings of reality combined with elements of fantasy. In effect, they transform something familiar into something you have never seen before, perhaps only in your imagination.

When it comes to photography, Anouk Griffioen largely trusts her own intuition. For her, the choice of capturing something on camera is not always a fully formulated logical rationale. Instead, it is more often an all powerful urge to capture a feeling or a fleeting moment. It turns out to be rural settings, natural phenomena and the changing seasons.

However well curated, even the choice of subject matter is up for grabs judging from the artist’s own flickr account. A trip to Asia may at first look more like an urban photo reportage by a journalist. But then something subtly different about it places the photos more in the league of art photography regardless of whether the intention was to produce art or not. Another snap focusing on a tiger’s head has quite possible doubled up as a preliminary sketch for a drawing suggesting there is a great synergy in working in both media.

Characteristically, natural light is the preferred option indoors and outdoors regardless of whether it makes a harder or a softer result. As such the photography consists of series depicting interiors, street lights, candle light, or smoke. However, a viewer must accept a few things with this uncompromising approach to lighting. Albeit an illusion or augmented kind of reality along with the drawings, the word ‘honesty’ might best sum the photography up. In turn it may dictate that mid-tones are burned out or an indoor photo may lack lighting in a conventional sense or that shadows and highlights may be more contrasting than popular tastes would have it.

You can find out more about the artist by visiting anoukgriffioen.nl.

Image credits and copyright notice:
All images in this article is by courtesy of the artist, who reserves all right to copy. 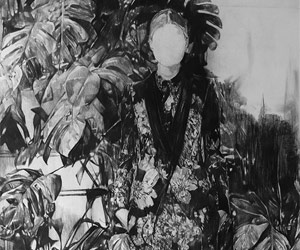 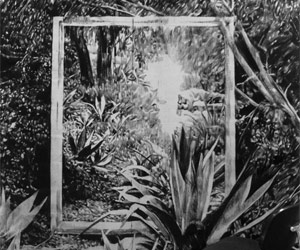 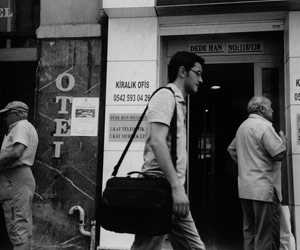 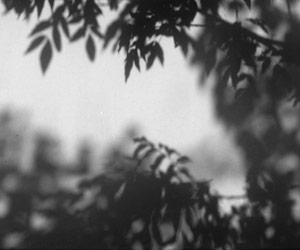