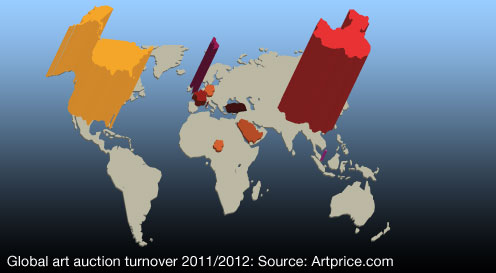 The world is flat—period. For long it was the accepted wisdom until Galileo Galilei messed it all up by imposing the heretic view that the world ought to be round. The latter meant that we had to dream up plausible explanations as to why we should stay glued to the ground whilst down under.

But in 2005 Thomas Friedman, a best-selling author- reversed all that disquieting nonsense with a book titled ‘The World is Flat’. Friedman’s proposition, however, was not to do with Mother Earth per se, but its inhabitants.

He argued that the 21st century take on globalisation equalled an unprecedented level playing field for us earthlings. Amongst other examples, he substantiated his observations from global outsourcing of software development, and put up some economic rationales that were hard to argue against. The net sum of geo-arbitrage, he continued, would be that of levelling out prices, and increasing social mobility on a global scale.

Is it true for the art market?

The primary market from artist to dealer, or indeed directly to collector, has never had such a low barrier of entry as fuelled by affordable technology. The wonder is called democratisation of technology and so-called long-tail economy. Still, the high prices obtained for some artists’ work do not appear to rub off on new talent so readily. So while there is increasing supply, the interest for collectible trophies remains elitist.

The World is Spiky

While art is being produced and indeed consumed everywhere on the globe, the representation and sales of art is most certainly not. Most galleries are to be found in specific cities, and the supplying artists tend to stay close. In addition, artists prefer to live in cosmopolitan cities where it is cheap to live. First it was Paris, then New York, and now Berlin.

Following trends recorded and verified by TEFAF and Artprice, the art auction industry is consolidating and getting more and more concentrated. The spikes show up in certain nations, and in very few cities with China being the only notable exception.

As a little aside, China prefers its homegrown talent to Western art, so in that regard, there is nothing flat or mobile about that regional market either.

Finally, the price tags are not levelling out globally. When an artist’s works are being flipped at an auction in France, it does not fetch the same price as it would in the UK or the US.

Related article:
The global art market according to artprice™ 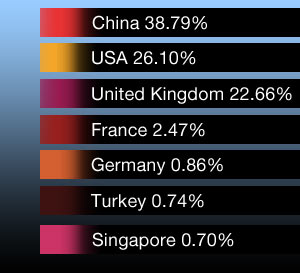