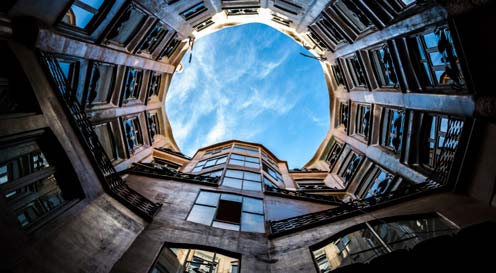 bring on the noodles

In the Life of Brian, Monty Python famously posed the question: what did the Romans ever do for us? In the same way, it might be time to examine the legacy of Art Nouveau. First off, it was at its high more than a century ago, and today it not only means happy museum inventory; in some instances it has also become Unesco’s World Heritage.

If you think it is all past, think again. Art nouveau is not just reproduced as faddish kitsch objects today, it is officially not over before 2026. Yes, that is the year when the Barcelona cathedral Sagrade Familia is expected to be complete as the final art nouveau building project.

At the beginning of the 20th century, most of the urban and industrialised world was infatuated with the art movement. Without a manifesto, it translated into an eclectic mix and transitionary style. It was neither geometric, abstract or machine made, but almost the opposite. Its visual philosophy soon attracted mocking nicknames. However, even if it was called lilly-, eel- or noodle style, its wavy curlicues soon took over society completely.

Apart from the nicknames

It was as if society wanted to impose a new logic with a certain gusto. The efforts turned out to be mimicry and reinvention of organic shapes. In figuration there was a celebration of the female form. The latter was however not in the classical sense of the words, but more within a stylised ‘poster’ symbolism. Evidently, the world had also got smaller. The movement inherited the impressionists’ fondness for Japanese prints and carried on sponging from them.

In retrospect, Art Nouveau is perhaps regarded a tad sentimental, and a necessary transition. Clearly it was a kicking and screaming re-examination of the natural old world, before surrendering to modernism entirely.

Hence, if you were to place the movement on a psychoanalyst’s couch today, you might diagnose its intended ‘newness’ as nothing more than a dreamy backlash reaction to the alienation of the industrialised world, whilst realising that it is time join contemporary society whole-heartedly. Art nouveau would perhaps also express some dissatisfaction with being mixed up with art deco.

The many names for the art movement

Ground zero may well have been Maison de l’Art Nouveau (House of New Art), the place was the name of a gallery established by the German art dealer Siegfried Bing in Paris. From 1895 and onwards he mounted exhibitions of cutting- if not bleeding edge artists.

Whatever the origin, Art Nouveau soon became the French term for a broader European phenomenon, that quickly began to influence fine art, commercial art and architecture on a global scale.

You would be permitted to use one or several other names coined in some of the art nouveau hotspots in Europe. But you would probably end up considering all these flavours as one and the same thing.

Thus Art Nouveau became known as modernism in Catalonia, Spain. In Austria, Hungary and the Czech republic the term Secession (Sezessionstil) was favoured, whereas the Italians called it Stile Liberti. The Germans named it Jugendstil, and the Russians called it ‘modern’. Others like the Portuguese directly translated the French term to Arte nova and the Dutch into Nieuwe kunst.

In some places the etymology reflected whomever first introduced the movement to the general public. Jugendstil (Youth style) was famously named after the trendy German magazine ‘Jugend’ from Munich, which in turn introduced the Germans to the international trends. In the US, Tiffany style became synonymous with Art Nouveau, because of the popularity of goods from Charles Tiffany.

UK differed a little from the continental type of art Nouveau, in that it developed into three different strands. On the one hand, you had the so-called Glasgow style as pioneered by Charles Rennie Mackintosh. On the other, there was the more orthodox route favoured by followers of the Arts & Crafts movement and the Pre-Raphaelites. Thirdly, there was ‘Liberty style’ which was the consumer route as obtained via purchases at the London’s Liberty & Co department store.

The totality of the art movement

The art movement – like so many others – was a reaction to academic art of the 19th century. What’s remarkable with Art Nouveau is that it is a total style.

What that means it that it embraced all visual culture regardless of it being fine art or more functional design. Art nouveau deeply influenced work in architecture, graphic design, and interior design. In addition, it included decorative arts as produced in large editions. Consider here for instance, jewellery, Glass, ceramics, furniture, textiles, household silver, and lighting.

It is outside the scope of this introductory article to delve into much detail. But here are a few pointers to influential art Nouveau practitioners and their art. Posters by designer and artist Alphonse Mucha, Architecture by Architect Antoni Gaudí, Murals and oil paintings by Gustave Klimt, Sculpture & Jewellery by Loïe Fuller and François-Raoul Larche, Furniture by Charles Rennie Mackintosh, and automotive design by the Bugatti family. 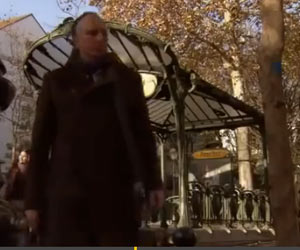 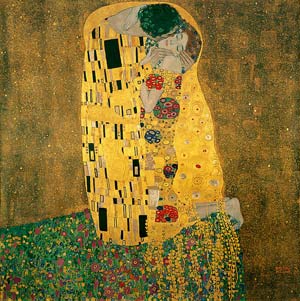 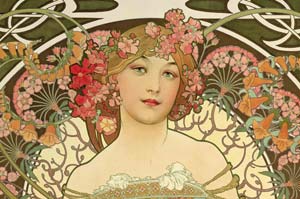