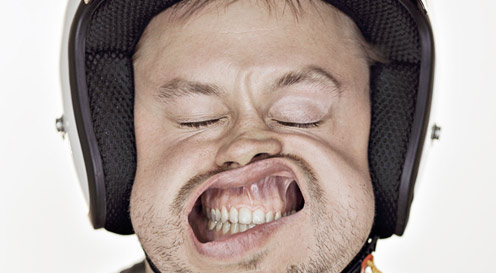 There is a lot to be said in favour of art created without any attempt of being serious. Tadao Cern is an artist from Vilnius who with works, such as the photo series Saphir Saphir, can handle the serious with both depth and dignity. However, he is just as known for his light-hearted pranks that stop you in your tracks:

He is behind the soon infamous stunts of emulating a Vincent van Gogh self-portrait with modern image manipulation techniques, and a simple yet intriguing series of shots called blow job.

Trained as an architect, he had no idea that he would earn such notoriety so quickly. He says the key ingredient is a sense of fun. He really likes photography, because of its clarity in bringing across the point. The straight forward stuff, then also has some merit — even if you don’t have to fight to understand it.

According to Cern, the ‘Blow Job’ series doesn’t signify what it ordinarily does in the ‘service industry’; though, clearly, the ambiguity adds a welcome dimension. No rather, the art is an experiment of blowing air into someone’s face and taking snaps at it.

It was meant to be a good laugh for anyone taking part and anyone watching. You see the studio, in which Tadao Cern works, opens its doors to the public every year. You know how these things can be. You hop along with certain expectations, and it is all fabulous, right? But after a few months, the event blurs together with so many other and you begin to fear the onset of dementia. Cern thought that it would miss the point of such an event entirely – and Bob’s your Uncle. Up came the concept of the ‘blow job’.

For a very simple idea, the whole set up was well researched. High production values were maintained as Cern worked with his medium format film camera and few full frame DSLR’s. The brave participants held their breath while 300 km/h wind was blown at their faces after some initial safety checks. Not shy of experimenting, Cern had also custom-built a 2.5m omni light source to create the clean and shadowless light required for the takes.

It sometimes takes 29 years to become an overnight success

One evening Tadao Cern posted the event photos on facebook, and some blogs began covering them instantly. The next morning Cern woke up to 50 email request for interviews – all coming from the international and national press.

Five months later, and the interest is still so intense that Cern has engaged a media agency to deal with everyhthing in a timely, helpful and responsive manner.

I’ve learned one and may be the most important thing – keep it simple. Everyone knows it but I had to experience it on my own to believe in it.

The idea came spontaneously – I saw my friend that has ginger hair and beard, so I thought that it would be interesting to mimic a portrait of Vincent Van Gogh using photography.

He liked the idea and a week later we met in my studio. After some preparation work we made few shots and after a day of editing the final image, I posted it on the Internet.

Basically I needed someone that had red hair. [E]verything else was done using modern technologies. The model doesn’t look anything like a guy in the final image. Me and stylist had to set everything up to match the painting and then I took a lot of additional detail shooting. The post production process consisted of putting everything in one place, stretching, painting, drawing , cloning, etc. It was almost the same as painting a new image, only using new technologies.

Inspiration is like that, it just lands in front the feet of an artist such as Cern, without it being wrapped in anything divine – without a lifetime of struggle and hardship – and without art historians being able to write telephone book volumes about its cultural significance. It just enters the head of an Lithuanian artist without being too clever. But it is identified as an opportunity, and is being pursued for the sheer entertainment value—if nothing else.

You can find out more about the artist here:
www.tadaocern.com
Facebook
Behance portfolio 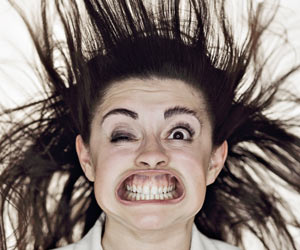 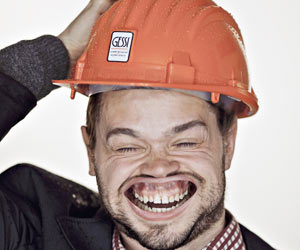 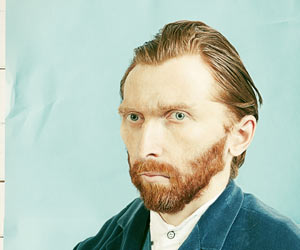 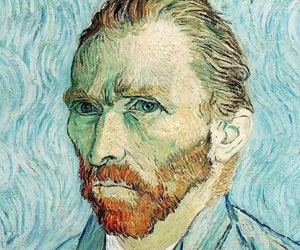