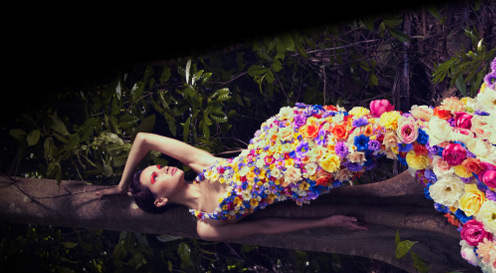 if they’re smiling, it can’t be art

It is so old-school to discuss what art is, because it is commonly accepted that anything intended to be art fits the bill.

Is the debate over, then?

Not quite when it comes to photography, because there are still some unwritten tribal rules laughing back at us here. Or rather, expectations as to where to venture out — and no further lest you fall off the edge of the known world.

By the choice of medium alone, art photography repeatedly finds itself beyond the frontier of rare returns. Call it Avant-Garde to use a word that has become as unfashionable as Austin Powers. It is the precise reason why our society needs fine art photography so desperately. And that even in an age when anyone who can press a button considers herself an artist.

How do you explain fine art photography as a phenomenon?

The aforementioned ambivalence helps explain why encyclopaedias and thesauruses struggle to produce anything but fluffy definitions when it comes to art photography.

You may ask yourself: is there one quick way to work it out?

Yes there is, though it ruffles a few feathers. Here goes. If you were to look at  a bunch of figurative photographs out of their contexts, you would only have to look at the portrayed persons.

If persons are smiling it is not art. If they look miserable or odd it is art.

Another witty take on defining art photography is to look at its sheer physical scale. If it is reproduced in approximately 4×2 meters in a perishable medium, and either has a high price tag or attracts attention from a museum; then you know it is art.

A notable example is the thought provoking Rhein II, 1999 by the German Artist Andreas Gursky. The monumental work measures 350×200 cm, and 1 of 6 copies have been acquired for the net sum of £2.7m ($4.3M). The monotone German riverside was doctored on the computer to add an eery sense of monotony and angst. It leaves very little to the imagination. Here the Rhine is a super-highway for transporting one joyless container ship after another to us self-destructive termite consumers. But that is what collections want. That is commentary on society that even a five-year-old cannot miss. Needless to say that copies of the work inhabit MoMA, Tate, Louisiana and the home of an oligarch.

Not officially art until the 60s

In comparison to Continental Europe – as headed by the Parisian Vanguard – the Anglo-american art world was surprisingly slow at recognising photography. Even today the famous auction-house Phillips has one department dedicated to ‘contemporary art’ and another to ‘photographs’. It is a retrospective division of course, but quite telling all the same. As recently as 1960, photography was not really recognised as a Fine Art in the UK. Since then both sides of the Atlantic have made up for lost time, and created their own super stars such as Cindy Sherman, Ansel Adams and Brian Duffy.

The latter coincided with auctioneers beginning to take photography seriously. To be unkind, it was fuelled by slumps in the supply of collectible paintings more so than an appreciation of artistic merit. When the limited edition C-print for analogue photography was invented, art photography really came to its fore. The notion of scarcity still remained fairly obvious. That is, the supply and demand mechanisms that drive up prices for original work could be controlled by handing over the analogue negatives to the art collector – If he or she ever bothered, that is.

Art in the digital age

However, it was not bliss with analogue photography for long. With the advent of digital photography, the world is now awash with mobile Instagram snaps that continue life in the digital realm. Today any idiot can produce a 20-mega-pixel sharp photo, which to be rude used to set apart the professional from the amateur in the minds of the general public.

The whole digtitalisation creates some reactionary manifestations such as photo festivals dedicated to black and white photography, as well as luddite analogue photography sponsored by dying photo-paper manufacturers rhyming with Kojak.

While fine art photographers have to navigate these troubled waters, the rest of us can simply continue to enjoy their art. 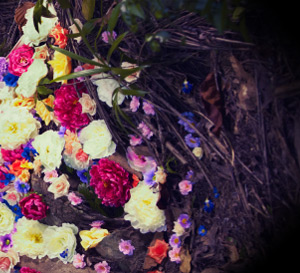