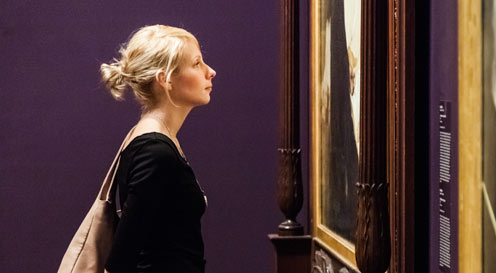 art is a healthy addiction

Oshin Vartanian from University of Toronto, Canada, is an expert on the neuroscience of aesthetics and creativity. He is one of several people who study how art affects us, and repeatedly they conclude that art is good for us.

Recent findings from Vartanian and scientific team are of much current interest, because they come from the exploration of the different ways people observe and appreciate art neurologically. A couple of things have emerged from the work, such as:

Areas of the brain involved in processing emotion and those that activate our pleasure and reward systems are being engaged.

People are hardwired to appreciate art, and it has a positive effect on the chemistry in our brains.

Aside from the Canadian input to this, your physiology is not just your brain, and what happens in your brain affects your entire system. The brain sometimes asks the adrenal cortex by the kidneys to produce a stress hormone called cortisol. It does so in response to stress by increasing levels of blood sugar through metabolism. This chain reaction sounds innocent, but is a quick fix for situations outside the norm and it has side effects. One serious side effect is that it reduces the effect of our immune system, which in turn means we are prone to becoming more ill. Cortisol can be a contributing factor to premature ageing, obesity, sleep deprivation, anxieties and clinical depression.

Experiencing art appears to counteract high levels of cortisol according to British research from the University of Westminster from 2006.

The research team conducted a simple experiment repeatedly. They measured the stress hormone cortisol from the participating people, and the respondents reported how they actually felt as well. The sampled group of individuals who carried out office jobs in the city of London and were asked to spend their lunch break in the Guildhall Art Gallery.

The research team collected swabs of saliva from the sampled individuals before they entered, and again when they exited the art gallery. The conclusion of the salivary cortisol testing was a statistically significant decrease in cortisol from the respondents who already had a higher level of cortisol. Overall, most participants expressed that they felt less stressed after the gallery visit. 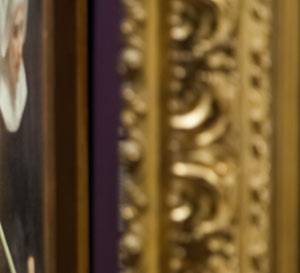 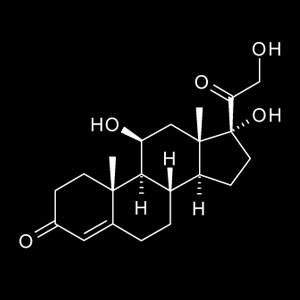 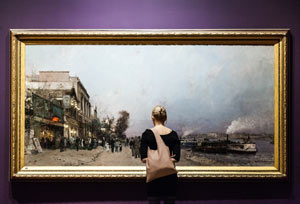