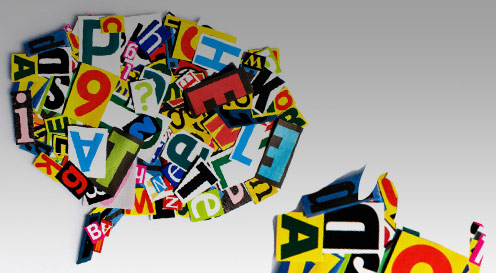 With all due disrespect, art speak takes a little getting used to for everyone. But it is also a type of writing forever doomed to be a cliché. And whatever you say, art often appears to demand a certain level of acceptance of the abstract realms.

So before exposing all the inherent stupidity of this genre, let’s mention two arguments in favour of its verbose qualities. Ready?

1 The beauty and difficulty with art is that it is a visual language. A fact which doesn’t lend itself to shorthand writing. It is also not the easiest topic in the sense that art is highly subjective in comparison to physics, say. In turn this suggests that it is the individual viewer, as much as the artist, who projects meaning into art. Even when that is said, the experience can’t help but being negotiated by ‘group think’ when entering the public consciousness.

2 It is a true calling to write something apt and clever about something of cultural significance.  Many hear the calling. Evidently, a few don’t hear all that well. Either way, art is one of few intellectual endevaours, which do not go into the grave with its originator. You can easily go soft and sentimental about this. You can voice that art is the only thing that proves we’re truly human; and you might call this ‘transcendal signifieds’ if you want to say it really ‘artspeaky’. However, it is just the way it is, and writers write accordingly.

There is some method to the madness. Simply, raise the abstraction level whenever possible

An ‘idea’ seems way too everyday. Everyone has ideas so let’s call it ‘notion’. A ‘story’ is not a story but a ‘narrative’. A beginning of something is ‘the advent of’, and everyone is subverting traditional hierarchies, reassembling realities or posing questions. Arguably, questions are more important to us. R-Eee-Es-Pee-Eeeee-Cee-TEE. But wouldn’t it be refreshing if someone presented an answer occasionally? Sorry that was a rhetorical question. But you catch my drift — even if it smells of ‘elephant dung’ , which passes for “highly respectable” art supplies at the Tate.

Also beware that what you are considering everyday language means something entirely different in art speak. Someone who ‘explores gender issues in society’ has an uneasy relationship with men, and dyes her hair twice a month. Someone exposing our consumer culture and on-march of human self destruction is young, broke and idealist – possibly all three. A private person or an acquired taste means one of two things.  Either it is someone so socially dysfunctional that s(he) must be managed by a gallery or media agency. Alternatively s(he) is a normal person living in a same-sex relationship.

Art speak and its borrowed feathers

Art critics continue to adopt new material to their ‘repertoire’ by means of semantic entropy. For instance, communication theory sneaked into their tribal vernacular around the late sixties.

The import was mainly words of French and American academics on tenure. The last bit roughly translates into far too much salaried time on ones hands without being expected do any academic teaching or other such nonsense. These were characters who had lost their will to live in all contexts other than excitement over what their keyboard could spew out. Certain things are still with us today- and they are all best summed up as post-structuralist disappearing acts up ones backside. Not, one would like to give one—one. No I’d like to give myself one, if I could. But I can’t. Hence the writings of Derrida, Foucault, Butler — and others…oh shoot it should say ‘et al’, shouldn’t it?

It is not just the art language, it is also the choice of topics

Then there are perennial themes entering art debates ‘ad nauseam’ (it means all wrench – but no vomit). Look out for the green exit signs at your first art fair or learn to fend it all off.

One such theme is the rôle of a curator. Notice that it requires a French squiggle over the ‘o’ for you to appear extra culturally astute. At every opportunity, litter your prose with foreign words that have been in ‘vogue’ in certain art eras. There are enough Greek, Italian, French, or German words to choose from. A few of them we’ve added to our art dictionary. Have you forgotten the main topic? Good, it was ‘curation.’

In art, a common theme in all this is who knows their etymology. The latter is an ‘-ology’ solely dedicated to examining the origins of words. Since this appears very important, certain people want to floor you with their acquired wisdom. The mention of the noun ‘curator, and its associated verb ‘curate’ trickers this behaviour as predictably as all male dogs lifting their hind leg at lamp posts.

Here people always begin by lamenting the narrower sense of the word ‘curating’ is being abused. The criticism – erh ‘critique’- is that the word is being applied in a broader and broader context. Accused is anyone who has the audacity to think it means influencing an exhibition or selecting art from an artist’s production to help it appear more coherent. Of course, good curating takes a lot more, and a welcome development is dedicated education in the field.

However, the dissatisfaction with the word ‘curation’ changing its meaning is hilarious. During the Roman empire, a curator was a ‘dogs body’ or a general manager in the lowest supervisory role. He was someone asked to inspect building sites and find out if workers and slaves received their due provisions. In addition, he had the unenviable job of passing on all the unpopular messages from his employer. 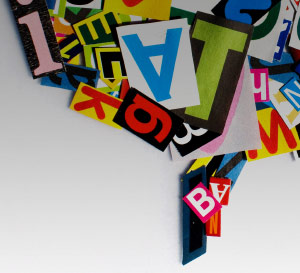