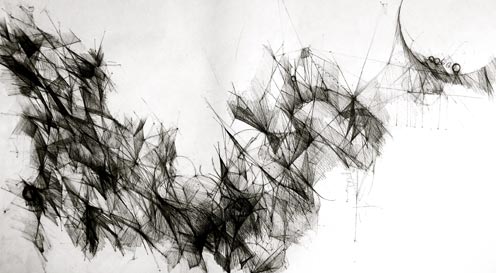 o man — look at those lines

Pioneers always pave the way for the next generations. Both Klee and Kandinsky, for instance, took their proverbial line for a walk. -All good in theory, though in practice their line was always attached to a dog leash.

24-year-old Cezary Barnaba Gruzewski is the future generation. His line has eaten the dog colar and carried on by intuition — or instinct, if you will. It will take the young artist places, and it already has in some respects. He is currently exhibiting in New York, and has recently exhibited in Leeds.

The artist is making a mark in installations, sculptures and drawings. However, as his methodology dictates, it begins in the opposite order. To ‘install’ a sculpture in its context, the preparation is a drawing, and often enough the drawing becomes a separate entity or a goal in its own right. Again the line decides, because the artist does not subscribe to the idea of being a conceptual artist of sorts.

It’s important to remember that many drawings never become an installation or a sculpture. I believe they work just as well being just sketches

This divorce from a conceptual framework frees his art so that we can marvel in its playful, organic, fluidity. The result is something light that almost floats in the air. It is as if you would expect see them move gently in the breeze in a second. The sculptures are also fine and delicate, and yet by the very nature of the medium, they somehow never escape the gravitational pull of planet earth.

Working in various synthetic or natural materials, the aim is to create new spaces rather than occupy the space it momentarily inhabits. The artist’s own success criteria are direct, immediate connections with the viewers, instead of trying to provoke certain reactions or impose agendas.

Gruzewski’s is of Polish Origin. At the age of 17 he decided to move from Gdansk to Doncaster UK to complete secondary education, he then enrolled in formal art education, beginning with a foundation year in Art and Design. Subsequently he studied a degree at Sir John Cass School of Art, London Metropolitan University.

The emerging artist was awarded the first prize by The Chris Rowley Art Prize, the independent panel at the Final Graduation Exhibition for the work shown on June 2011

His Work was also shown within the NOISELAB project, part of the Noise Festival supported by the Manchester City Council, Manchester, 2009.

Finally, Barnaba Gruzewski’s work was featured in the ‘Collectively Individual’ collaborative project between United Visual Artists, Dazed&Confused and Massive Attack. In turn this was published in the October 2008 issue of Dazed&Confused Magazine, and integrated into the final of the project that took place in the Manchester’s Castle field Arena, September 2008. 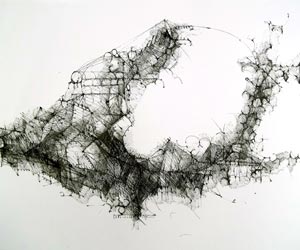 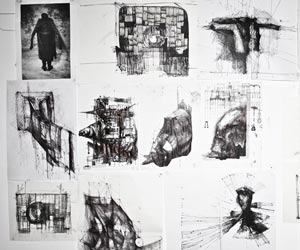 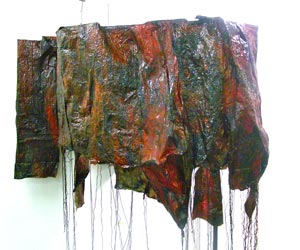