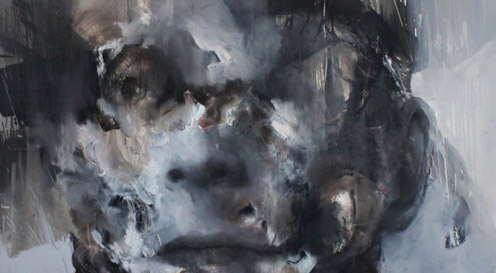 The emerging Dutch artist Daniel Martin (b 1982) lives and works in Leiden where he paints some very powerful portraits. The canvasses are slightly unsettling renditions of distorted faces and at the same time they are quite fascinating.

Someone would be quick to point out that other artists have explored the same territory. To name but a few, think perhaps of Francis Bacon, Romain Saintonge or Jonathan Yeo. Going further back you could mention Henry Tonks, Paul Nash’s teacher at Slade, who happened to be a practicing surgeon as well as an artist. Tonks recorded in drawing the horrific appearances of soldiers returning from the WW1 front. The faces he met were oddly rearranged as if having brushed teeth with hand grenades.

Bacon goes down in history as a bleak chronicler of the human condition. Saintonge, on the other hand, has often wanted to capture fleeting moments, and Tonks created medical records between series of cosmetic surgery on each individual. Relatedly, Jonathan Yeo has also produced works based on cosmetic surgery procedures. He has presented faces of women before and after the incisions. The body of work reinterpreted the traditional portrait, the result of which became two solo exhibitions: ‘You’re Only Young Twice’, and I’ve Got You Under My Skin’.

However, this is very different — at least from a conceptual point of view. Daniel Martin is toying with order and chaos. In so doing the portraits are being diced up in zones that somehow convince us that they are in a constant flux between assembling and disassembling themselves. They are poignant reminders of the fact that portraits are illusions and always will be. But the temporal and transformative aspect also reminds us of our existence being an altogether transient thing.

This experimentation is not like inventing a baking recipe where you test different ratios of ingredients with each other. Rather it is more of a spontaneous and intuitive quest. The question is perhaps: when exactly is something a face, and when is it clearly not? Besides that there is a boldness in the mix of techniques applied. For instance notice the contrast between the fast brushwork and dripping paint, and the more slow and deliberate portraiture.

Martin’s unique portraits are so accomplished that you could easily guess they were painted by someone more established in mid- or late career. The work possesses the same amount of lasting magic that collectors have spotted early in Jonathan Yeo. But the artist is a new kid on the block in the sense that his background is commercial computer graphics. I.e. He has only committed himself fully to fine art since 2013. In that context he has shown great promise, and undoubtedly, it has helped him land his first solo exhibition in December last year — a goal which many artists have only reached after years of pushing diarrhoea uphill until it no longer returned. 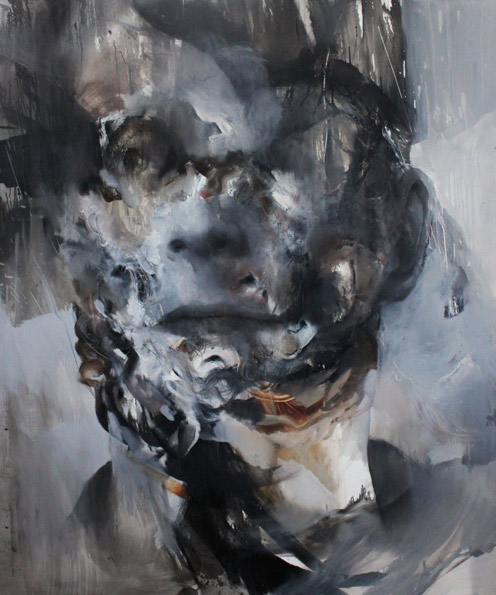 Image credits:
© All images by courtesy of the artist Daniel Martin, all rights reserved. 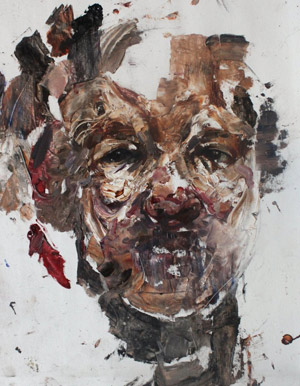 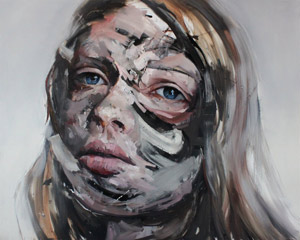 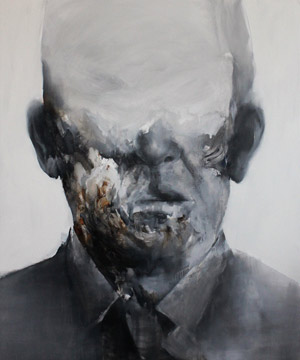 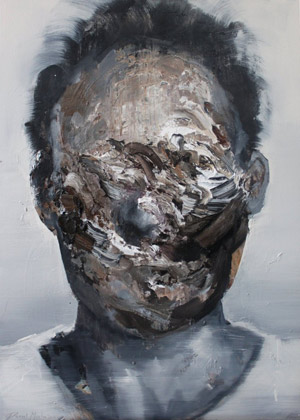