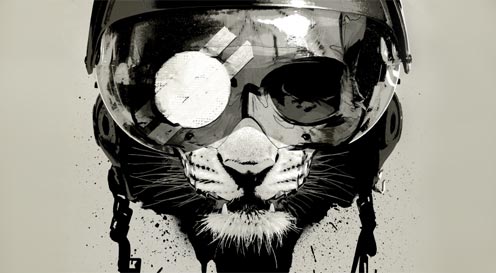 The artist, who lives and works in Swansea, has a slightly sinister signature style that you can’t forget once it has entered your head. It explains why his work is well on its way to be 3C; i.e. cult, collected and copied.

We’ve asked him to sum his art up in one sentence, and here goes:

His work is all fuelled by various personal and contemporary inputs, as dragged into the centrifugal force of a blender screamingly and kickingly. The artist is very fond of character and prop design in films and games. From early on, it began to influence his artwork. The heavy use of props, for instance, conveniently helps to develop the characters to say who they are.

Although grunge is not-so-street to call it anymore

“A lot of my work so far includes various techniques to produce the finished artwork”, Rhys says. “These range from the manipulation of 3D model renders, to scanning spray painted textures, then processing everything through Photoshop to create a complete, cohesive piece of work. I rely heavily on the digital side of things, but I like to incorporate traditional elements to make things look a bit more organic”.

A couple of years ago Nike asked Owens to design a motif to print t-shirts. As it turned out, both parties were more than happy with the result. But commissions of this quality are few and far in between no matter who you are. Meanwhile, Rhys builds on his gallery of prints, which in turn is available on his own website Hidden Moves.

For long, being an artist has been Owens alter ego. His background is graphic design and printing, but he is still more comfortable creating characters than designing logos or page layouts, say. A commercial art background is one of several good entries to the world of fine art. You don’t have to search your memory for long before you find someone who made that sliding transition: Andy Warhol. A decent translation of the urban wipe doesn’t hurt either if you think of Basquiat, Banksy and Big Ben.

I’m 33 going on 15, and I’ve been working as an artist professionally for 3 years

The tail end is crystal clear. But for those of you who aren’t into UK collquialism, the first part means that the artist feels young at heart. There is a fine ironic self awareness, lost on a US citizen, that suggest Mr Owens is at the arrested development of a teenager.

The Welsh connection doesn’t take himself all that seriously, and he may prefer we didn’t either. Look—you can say that Robert is very much your mother’s brother or you can say Bob’s your uncle. Both Owens word economy and self image fit into that last category.

Quality versus quantity is an art in its own right

Rhys Owens is quite humble about his production as well. On average he produces two new digitally mastered pieces a year. Then he only offers collectors signed editions. Getting there is a very deliberate act of messing about with the composition and lines. You stay with it until the result has the impact it should have — a non-linear process involving multiple takes of everything and much caffeine.

Many artist have gone down in history as far more prolific, and yet Owens does not feel compelled to ramp up his production one bit. In contrast to Owens, Emil Nolde produced countless pieces of work. The Guy clearly seemed to be on a quest to capture everything every minute; all without gilding the lily as long as he brought the expressionist idea across. The idea and his technique added the quality. No doubt about that. But he was fast, indeed. Of course, Nolde’s compulsion may well stem from the fact that his art was confiscated first by the British, and then the German authorities.

Owens, on the other hand, knows we live in an urban abundance culture, and that the soul of his art is backed up by terabytes of digital cloud storage.

Image credits
All images courtesy of the artist. © Rhys Owens, All rights reserved. 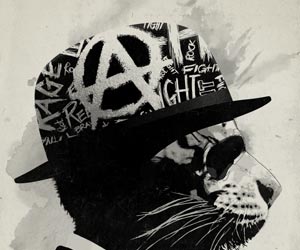 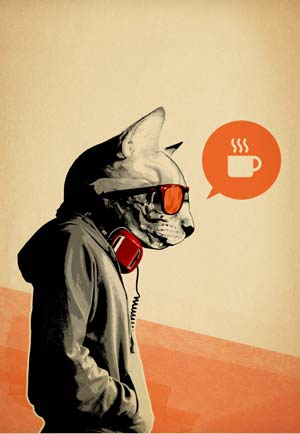 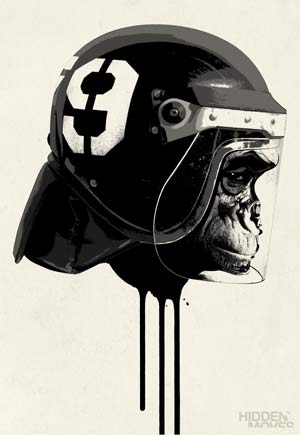 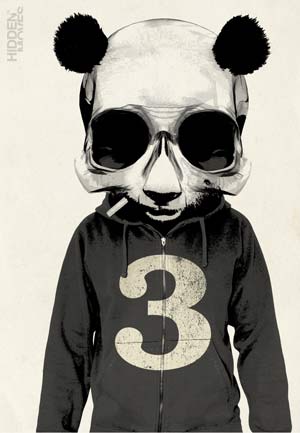