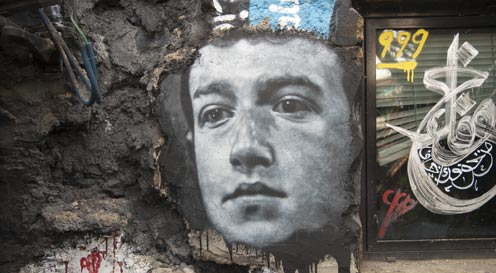 we love what you've done to this place

If you are a collector or work in the art world, you will soon come across Artprice as a valuable resource. There is no denying that the French public limited company has been a contributing factor in the growth and present-day liquidity of the art market. Its contribution is that of making the art market less shrouded in mystery, thereby also helping the speed with which the art market corrects its own errors.

No other service has so many and such detailed records on art sold on the secondary art market. Their data bank holds 27 million auction prices and details of 520,000 artists. A bunker of servers find you 108 million images, 36,000 signatures, monograms and symbols to help with attribution. Artprice also keeps a keen eye on all upcoming auctions, and have a raft of services for you to decipher the market as a whole. E.g. their Artprice Indicator® and Art Market Confidence Index®. They also publish their own analyses of the international art market in a neat helicopter perspective. With this portfolio of services, it comes as no surprise that there are well over a million subscribers and that Interpol uses the services to aid their investigations.

Subjecting Artprice to a test

We can all blow our own trumpet — and so we should. However, we decided to test Artprice on what we considered a challenge. A good real example presented itself instantly: a painting from the local antique shop.

The work was a Hans Øllgaard canvas. Øllgaard, The painter is collected at very modest prices in two scandinavian countries. But other than that he is somewhat obscure internationally.

Surely, artprice in Lyon could know nothing about the said piece let alone who the painter was. At least that was the operating assumption.

Øllgaard’s style and monogram signature is unmistakably his, so we acquired the work. However, the perennial problem with antique shops is that they often source their supplies from the estate of someone passed away. It is both good and bad. Good because they source their supply at decent rates. Bad because the knowledge of the supply has gone into the grave with its former custodian. Either way, the shopkeeper could not produce provenance record, title or year for our painting. However, the shop knew that it was acquired by someone in 2003 from a particular Auction House in the region.

Artprice did not fail to impress when put to the test. In fact there were many detailed entries of works from the artist’s hand. Some with photos others without. By using a method of exclusion, it soon boiled down to two entries. Finally, there was only one painting which matched the exact measurements. Good news was that it had title that matched the motif on the painting. There was even a rough indication of when it was painted on the Island of Bornholm.

As expected it did not tell us anything with 100% certainty. But the circumstantial evidence now provides enough data to go out and find out the rest from other sources. If it was not for Artprice, it would have costed a lot more time to get this far.

Artprice and the Server Group

Headquartered in Lyon, Artprice provides jobs to many art and technology specialists in the region. Before going public, Artprice was part of the Server Group of companies owned by the founder Thierry Ehrmann. It is listed as SRD on the French stock market on Eurolist B by Euronext Paris. Recently Artprice has formed a partnership with Google, but it has been busy teaming up with others. A string of acquisitions has strengthened the market offering of Artprice and may have saved knowledge from being lost e.g. from business closures.

The Abode of Chaos

Artprice resides on a site called the Abode of Chaos (La Demeure du Chaos). It deserves mention, because it is a piece of art in its own right. That it exists is much to the credit of the artprice founder Thierry Ehrmann, who has been a practicing artist for years. He has somehow managed to marry his artistic life to the probably exhausting feat of building up his ServerGroup companies to what they are today. The abode of Chaos has slowly but surely turned into a museum of contemporary art. So far it is open Saturday and Sunday afternoons and is located here: 17 Rue de la République, 69270 Saint-Romain-au-Mont-d’Or, France.

It is not all bliss in the local town, where some residents have petitioned and litigated against the special signature style of the enterprise. Judging from Facebook it may be a passing issue, indeed. As of October 2013, La Demeure du Chaos has received 56,585 Facebook likes plus 9277 shares. It is ahead of other art venues in the region by a long mile. E.g Musée d’Art Contemporain received 44% fewer Facebook affirmations and Musée des Beux-Arts de Lyon recieved 75% fewer. While there may be segments of the population who are neither on Facebook nor computer literate, it says something about the taste of present and future generations. 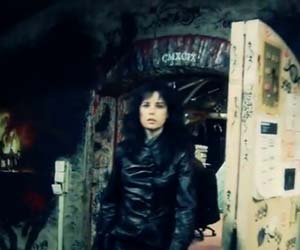 Watch the Artprice video from the Abode of Chaos 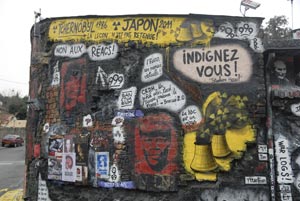