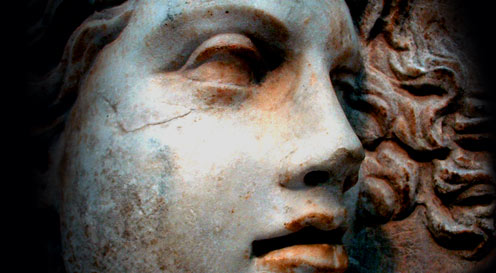 the importance of being a pain in the neck

There are very few industries left that are not regulated. The custody and conservation of art is one of those.

In this grey-zone territory there are some unspoken rules:

Rule 1 states that when it is either debatable whether we have an industry before us — or whether it ought be regulated, the introduction of debate is of vital importance.

Rule 2 says that any debate consists of opposition.

Rule 3 dictates that you debate at your own peril. However, if you follow your true convictions in doing what you feel is right, the fear of the opposition and the fear of being ostracised both become irrelevant.

Who takes on this unenviable job? As the only voice of its kind, ArtWatch UK challenges the practices of art museum and conservation establishments. It does so by engaging directly with the organisations, the media and the public. In addition, it publishes its contributors’ works in their journal and at their wordpress blog.

No one sums their own mission up better than ArtWatch UK itself:

“ArtWatch UK campaigns to protect the integrity of works of art and architecture from injurious physical treatments and hazardous, exploitative or demeaning actions. To these ends, it welcomes direct debate with restoration/conservation practitioners and seeks access to records of restoration or conservation treatments in all publicly or charitably supported museums, galleries and buildings. It works through its Journal and elsewhere to establish an aesthetically informed and properly critical restoration literature and, where appropriate, to counter partisan or propagandistic accounts in the specialist press and in the public media.”

ArtWatch UK is a spin-off of the US organisation ArtWatch International. Since 1995 it has added substance to near absent debates on the preservation of art. It has also repeatedly refused ‘minding its own business’ by insisting that art in museum collections is invaluable heritage belonging to us all for generations to come.

Greek statues did not begin life as noseless limb amputees, and it suggests that we have a problem that is compounded over time.

This excerpt from their blog post exemplifies the clean-cut rhetorical logic that is characteristic of their contribution:

“While there is perpetual talk of conservation ethics, in practical terms this amounts to little more than a hope that one restorer/conservator’s interventions might easily be reversed by the next. If the next restorer can (sometimes) take off what the last left, he can never put back what the last removed or destroyed. Art conservation treatments are cumulatively destructive – which is why the art market places a premium on little restored works and not vice versa – and arbitrary.

In the privacy of trade journals, professors of conservation will admit that if four restorers could restore a painting at the same time, four different paintings would emerge. Some conservators insist that such different outcomes are acceptable as long as they are “safely” executed.”

Excerpt from Why art conservation is not always a good thing

There is the claimant story and the respondents story, and then there is the truth

After reading some of the posts at ArtWatch UK you hear a voice that is frustrated with the ‘industry’. However, it is occasionally garnished with some lighthearted news such as the true restoration of ‘View of Scheveningen Sands, attributed to artist Hendrick van Anthonissen.

On balance, though, you sense an undercurrent of bitterness in the prose. Looking empathically at it, you begin to understand why. Over time what is professional becomes personal and vice versa. From the outset, you choose to be gentlemanly professional above all else. You can keep this up for a few years of publishing. Initially, you decide only to refer to the organisation by its name. But then your feelings run high due to the abject horror of a ‘restoration’ or the repatriation of world art heritage. Worse still you may find the same team of individuals keep repeating what you consider the same blunders. You finally conclude that, ultimately, someone is in charge of this great shield that organisations offer to all of us to protect us from personal responsibility. And presto, you begin naming people.

It goes some way to explain why Nicholas Serota and Sandy Nairne have received their share of direct criticism from ArtWatch UK including some aptly illustrated caricatures. The two are custodians of so much art. So by virtue of their roles alone – and the mistakes inherited from their predecessors – criticism ought to be part and parcel of their jobs.

Astonishingly, these individuals have the clout and the funds to hire solicitors to run libel cases successfully. However, what’s preventing them from retaliating is perhaps sound advice from their media professionals. Besides there’s freedom of speech, everyone is entitled to their opinion or whatever you would respond overbearingly.

You see the PR value of this David and Goliath match could swing in favour of ArtWatch UK in the public eye. Then it is better to ignore the criticism outwardly, and take some of it to heart inwardly. After receiving the friendly fire, you let ArtWatch UK continue life in relative obscurity everywhere else than in the art world. Occasionally, you must just suffer that ArtWatch surfaces in BBC and other broadcasters offering a legitimate stance on what to do with e.g. the Elgin Marbles. But by and large, if you don’t respond to the type of problem that ArtWatch poses, you somehow contain it.

Sometimes the spearheads are turned towards Michael Daley, the founder and chairman of ArtWatch UK. There are just too many reputations and too much money at stake to prevent it happening altogether. In 2010, for instance, Adam Zamoyski defended his interests in the loan of a frail da Vinci painting to the National Gallery London for a blockbuster exhibition. It would appear he partly achieved this by attacking the very integrity and professionalism of Mr Daley himself so that you would read between the lines that Daley represented a slightly deranged outfit with no scientific faculties. 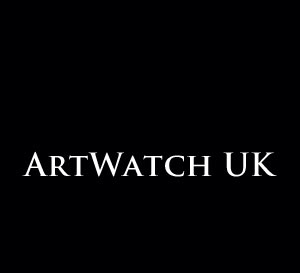 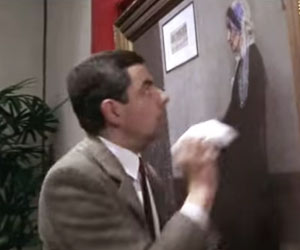