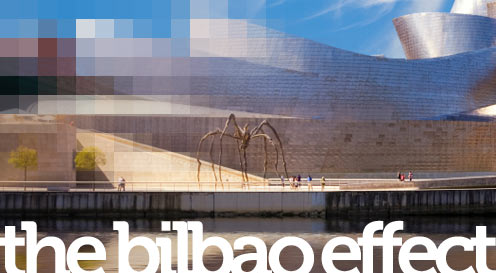 what we all kinda knew all along

There is such a thing as a Bilbao Effect or Guggenheim Effect when it comes to cultural investments. In contrast to the Olympic Effect, which also creates a very real upturn in the local economy, the effect of the Bilbao Guggenheim is held out as the absolute proof that such investments pay dividends.

Why? Well, because it is more isolated to that particular building project — all its hype, and the tireless efforts to bring cultural tourists and businesses back into its epicentre.

The so-called Olympic Effect has a tougher job convincing politicians and the public at large. Take for instance the Olympics in London. Now here the 1st tier cosmopolitan city represents a host of complex systems at play. For example, London is one of the world’s financial centres and to a large extend it reflects the financial health of planet Earth. Secondly, London gradually renews its transport systems, and other infrastructure to accommodate a perpetual population growth. Needless to say that the list is endless if you begin digging into the dynamics of all this.

However, Bilbao was different. It was run down and forgotten by Madrid as a l’infant terrible who harboured separatist barbarians.

So almost like the perfect schoolbook example of Keynesian economy, the Basque region pinned its last hopes on jump starting their stagnant economy. They did it with public spending around 1997. What’s more, they chose art, which tends to be the last thing that springs to people’s minds when the proverbial shit hits the fan.

Consequently, in 1999 Iñaki Azkuna, the mayor of Bilbao, received support to invest €166.42 Million in Guggenheim Museum Bilbao and infrastructure to support it. At the time 24.8% of the local population were unemployed and business closures ceased to make headlines in the press.

As it turns out, the long-term effects have been assessed by academics such as Beatriz Plaza et al at Faculty of Economics from the University of the Basque Country. It looks phenomenally good, and the future is bright as Orange would have said. €2.4 Billion has been added to the region’s GDP since 1997. If you do not regard the overall picture a permanent increase to the size of the local economy, it is at least a return 14 times the initial investment.

All us art aficionados like the Bilbao effect. It gives us a warm and fuzzy feeling inside amidst naysayers who perceive cultural investments squander at best, and parasitical self-indulgence at worst.

Arguably, investment in the arts takes courage in any age, and fool-hearted bravery at the face of double-dip recessions on all continents except Asia. Blind faith and political manoeuvring just after government election is not enough either. For it to work, there is a magic formula for some, and then there is a mile-long checklist to check off for others.

No wonder then, that Guggenheim Museum in Bilbao has inspired cities across Spain to erect their own Guggenheim, many of which now stand unfinished in the light of the country’s economic recession. In the UK the National Centre for Popular Music opened in Sheffield in 1999 and projected 400,000 visitors a year. After 7 months, just over 100,000 visitors were attracted and subsequently the centre filed for bankruptcy.

Again, there is a way to do this; and, it seems, many ways not to do it.

Here is a modest attempt at pinpointing some success criteria

The project has to be done before it is too late and the population has to be won over. Secondly, the splash really has to be big enough and then it has to be meticulously planned and marketed well into the future. Finally, the project must be housed in something architecturally significant. Think here Pompidou Centre or the opera houses in Sydney, Copenhagen and Oslo respectively. With Bilbao, it turned out to be a fish-scale beauty of aluminum bling by Frank Gehry. 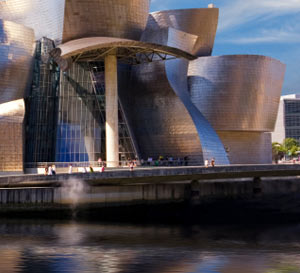 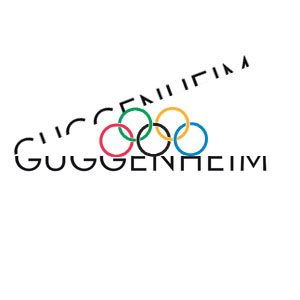