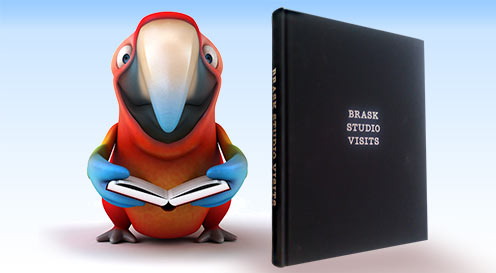 The Danish collector Jens-Peter Brask has both written and published the book Brask Studio Visits with translations from Julie Quottrup Silbermann. The piece is loosely structured geographically with studio visits in Denmark, England, and France followed by the east and west coasts of the USA. The title is a quality hardback brimming with photos shot by the author himself. Just as importantly, the book includes brief anecdotal references as to how he met and befriended the 40 artists mentioned within. In addition, Brask uncovers what he considers remarkable about each artist and their contribution to art.

Luckily, the act of going public with a compilation of your favourite artists never takes the type of courage required to disclose having an embarrassing disease. Still, it is as private and revealing as sharing one’s personal MP3 collection. Not to mention, every bit as autobiographical.

In that regard, Brask’s flavour of art straddles across a wide spectrum of artists. His personal taste homes in on something rare like a heat-seeking missile. Call it nerve, if you will. Yet, that hard to define quality is neither shock for the sake of shock nor play to the gallery for the sake of the gallery. Rather it is artists who have the courage to challenge themselves relentlessly. Other than that, the collector’s preferences are surprisingly eclectic and include everything from the brash playful and noisy to the more subtle and sombre.

What the book is and isn’t

You will be sorely disappointed if you are expecting a slick presentation of international art speak, as written by some erudite post-structural type way up his own backside.

That loss is our gain because the direct no-frills approach is what makes this format work. It not only makes the art accessible, it also lends an unadulterated sense of immediacy that is hard to come by in most art book genres. In fact, the prose makes you read on because it offers an honest response to art and artists.

One of friendship, respect and veneration.

As the collector has got to know the artists better, he has become incredibly fond of them. Along the way, he has not failed to notice all their quirky characteristics. You know the ones that make us all perfectly imperfect — or imperfectly perfect for that matter. Brask casually surmises the idiosyncracies without making a big meal out of them. E.g he briefly mentions who is able to get up really early the morning, who cannot embark on anything without a cup of green tea, who is a bookworm, and who is into pranks and calling you ‘the mayor of Copenhagen’. Banter aside, there are also minor admissions, such as the author declaring that the art of Ryan Schneider really did not excite him one bit to begin with.

For an almost folio-sized book, however, it is a fast read indeed. Frankly, you could read it cover to cover within an evening. Surprisingly, though, it then turns out to be a slow cooking thing from then on because you feel compelled to return to it. And when you do, it is to re-read the odd passage about an artist or look at a photo as if each was a self-contained entity.

What might charm your socks off is the sheer sum of documentary photos, which shows rare glimpses of work in progress. In situ, you see it next to props, pinned up sketches and mood boards. Brask has literally visited studios when the paint was still wet, and

never before has it been this exciting to watch paint dry

Some of the studios are creatively messy. Some are squicky clean laboratories. Others again are spacious, whilst others you suspect are squalid rat-infested jobs. But they are never dull, and they speak volumes about each artist. They clearly sum up the type of environment that brings out the best in each individual.

The book is already in its second edition, and you can obtain a copy from Norse Projects, Charlotte Fogh Gallery, and Run For Cover. 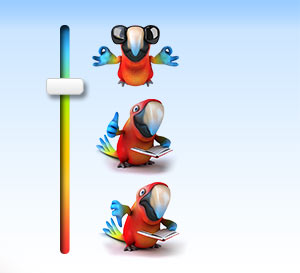