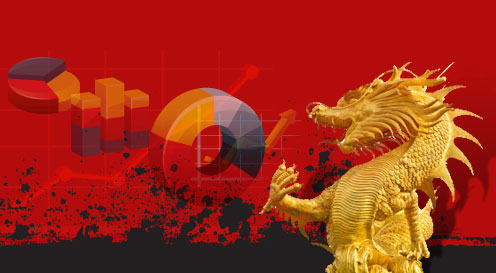 the rise without the demise

The global annual art market is currently worth €46.1 billion, and the rise of the Chinese art market has been hard to ignore in the last decade.

The art market consists of many different sales channels, but it is particularly the Chinese auction market that has taken its dragon’s share.

According to the 2012 TEFAF report by Art Economist McAndrew, the Chinese art market has risen to 30% overtaking the US at 29%. The aggregated total for the European art market is 34% and the rest remaining part of the world makes up 7%.

Europe is still in the lead with the UK accounting for 65% of all EU art sales, with the Brits also being the ‘net’ leaders in art imports. But if we consider auctions in isolation, a very different picture emerges.

Ought 177% growth impact not be something read from the Richter scale?

The Chinese art market is becoming synonymous with the auction hammer

Earlier this year the upward curve showed signs of levelling off or even going in southerly direction, but it might well be a blip on the art market radar. Pundits suggest it all comes down to caution amongst Chinese art investors, because of an anticipated change of generation in the communist party.

The type of art being auctioned in China

Significantly, and perhaps predictably, the Chinese interest in art is largely of the homegrown ilk. The latter is both in volume and in terms of price. Hence the two highest grossing artists were also Chinese: Zhang Daqian and Qi Baishi, making up €0.8billion in sales between them.

It is all very Chinese — or is it?

However, while the Chinese market is becoming saturated with excellent Chinese art, it is also showing signs of greater diversity. Le Monde reported in May that an anonymous Chinese millionaire contacted several French Galleries with the view of building up a collection to explain the transition betweeen 19th Century European art and the unset of Cubism and abstraction. In addition, Chinese collectors are displaying an increased interest in all things Bauhaus from the 1920s Germany. It might be old Hat, but the staff at Sotheby’s Hong Kong are not in any doubt about the upward trend in European art and collectibles, including wines and jewellery.

The whole auction scene in China is quite a broad spectrum of auction houses. If the Chinese market will follow the logic of classical market economy, it is also an industry which will consolidate itself into a handful of players.

In the meantime, there are more than 350 auction houses in China auctioning art for its clients. The top two auction firms in China are Poly International with a 2011 sales of €1.4 billion, and China Guardian weighing in at €1.3 billion. Both Sotheby’s and Christie’s play a good but humble part in the market from their China operations in Hong Kong.

Related article:
The global art market according to artprice™