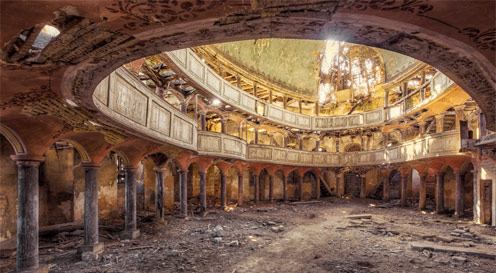 where even the dogs wear helmets

Before Christian Richter became a photographer, he grew up in an area that used to belong to East Germany. In 1989, after the German Reunification, he was free to travel about. And so he did extensively without a camera. However, he soon found plenty of intriguing sights on his home turf that he wanted to photograph.

The photographer developed a certain fondness for derelict buildings, some of which could have been listed and preserved as cultural heritage sites, but which had fallen into irreversible disrepair. Of course, the entire nation could do with a lick of paint after the fall of the Iron Curtain, but within a couple of years that was remedied with German efficiency true to its own stereotype. No, this was very different indeed. These sights were abandoned for a mix of known or unknown reasons such as lack of funding or their custodians not playing the tune of the authorities.

The locations were as diverse as factory shop floors, chapels or theatres, and what they all had in common was that you entered them at your own peril. Once inside, you listened to their swan song before their collapse. In fact, in some instances you would have been safer entering the buildings at the steering wheel of a roofed bulldozer than on your own feet. Luckily for us, Richter did not think that way.

Since then, Richter has gone further afield and spotted his locations in other countries. But regardless of their origin, Richter is fascinated by their inherent beauty.There they are—all decaying, cracking and overgrowing. You spot their flaking paint, rat infestation, rodding fabric and corroding staircases.

Nature alone has always had a strong appeal to Christian Richter, but then there is something really fascinating about those other motifs. Simply, they are testaments to how nature always has – and will have – the upper hand in those interplays between man and nature that we are referring to as buildings. True, we humans are destined to kill ourselves as a species in a desperate scramble for the last resources. But when we are extinct, nature will take over in one form or another. Just consider Chernobyl, and the amount of circumstantial evidence substantiates the claim and flips the coin from doom on the one reverse to hope and resurrection on the obverse.

Obviously, the photographs are useful records of something man-made that will be lost forever. We can always grant 10 out of 10 points for the successful attempts at capturing the last ashes before they are washing away with the rain. But there is more to the photographs than that.

At the risk of saying something unintentionally transcendental, the buildings are really not empty and that is what lifts these photographs up from being mere records to being art.

The very reason these portrayals of abandoned buildings speak to us is that we somehow still feel the human presence within them. We sense that if only the walls could talk, there would be volumes of recorded conversations, tears and laughter. 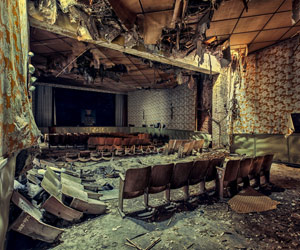 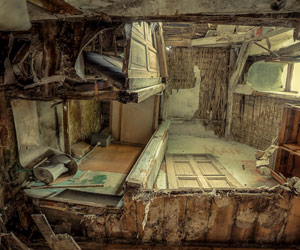 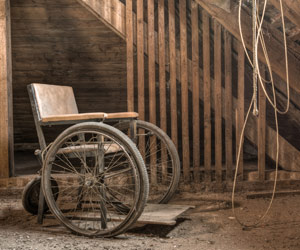