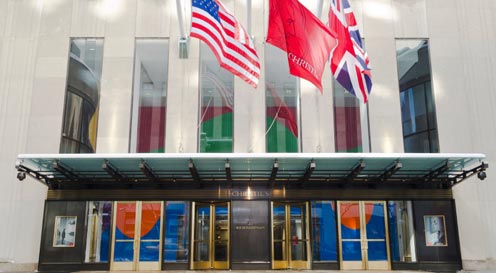 the alternative introduction to christie's

For the time-poor individuals who either respond very well to being called dummies, or simply want ‘a guide to the guide’, there are Dummie’s guides about every topic on earth. Failing to find one about Christie’s, we offer you our very own. Ready?

With headquarters in London King Street and in Rockefeller Plaza New York, Christie’s is an art business and a fine arts auction house. It also happens to be the largest with a turnover of 7 billion and string of auction price world records under its belt. Today, the auction brand is owned by Groupe Artémis, the holding company of François-Henri Pinault, who in turn is a collector and patron of the arts. Yes he is the one, the guy everyone wants to suck up to at Venice Biennales.

How does Christie’s differ from Sotheby’s

The two colleagues Sotheby’s and Christie’s sometimes blur together in the public consciousness. You are excused if that also applies to you.

For one, both names end on apostrophe + s. Secondly, their staff speak similar auctioneerish as if they were abducted by the same alien mothership, and returned to earth because they were way too nice.

They even refer to one another in a soft-spoken gentlemanly fashion. Arguably, it is highly professional, but it annoys the press, who would rather see intrigue and competition for a good story. In turn, the press retaliates by mentioning old allegations of commission-fixing collusion from the past.

But there are of course many differences between Christie’s and Sotheby’s. With some sweeping and perhaps unjust generalisations, the most important distinction comes here.

If you want to know where to send your consignment you are in good hands both places. However, Christie’s has an edge when it comes to lots of high-end old masters. Sotheby’s, on the other hand, is more the name for contemporary art auctions, and finally both are strong when it comes to 20th century art.

You would think that all the tradition and history makes an auction house like christie’s stale and conservative. But nothing could be further from the truth. The auction house offers all stake holders an impressive level of service, with many specialist departments. Call them the cutting edge of the service industry, if you will.

Technologically, they are not merely cutting edge, but bleeding edge. Of course, everyone offers mobile apps now, but that was not the case in 2009. However, that was the year when Christie’s launched their first iPhone ‘app’ – extending the company’s online experience, to its global audience via Apple handheld devices.

Christie’s were also not late at adopting Live-streaming of auctions, and if we go further back the practice of international telephone bidding, that too blurred the boundaries between time and place in a Marshall McLuhanesce way, before the author had a chance to philosophise over the impact of media.

Christie’s was officially founded in London by James Christie in 1766, though it is being argued that the said fella traded as an auctioneer as early as 1759. Because of Christie’s esteemed position and long standing in the art market, it is easy to assume that Christie’s is the oldest in the game. But they are of course neither the inventors of ‘real art auctions’ nor the oldest auction house.

The etymology of “auction” is the Roman-Latin word augeō, which means “I increase” or “I augment”. Still, it wasn’t a Roman invention, because auctions have been recorded as early as 500 B.C in Babylon where, amongst other things, they championed the fascinating practice of auctioning women off for marriage.

The oldest auction house in the world is Stockholms Auktionsverk, i.e. Stockholm Auction House as established in Sweden in 1674.

The art of the start

There is a number of factors other than skill and hard work, which have lead to the early success of Christie’s. Geo-politics was one of the expedients. Paris was at the time the sophisticated world centre for sale of fine art, and in general one of the major business centres of Europe. However after one of the two French Revolution 1789–1799, London became the major centre for international art trade. That has been a position it has kept reasonably well ever since, though a lot of water has run under the bridge since then. See for instance this article. 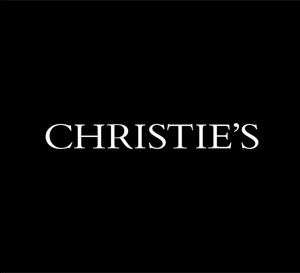 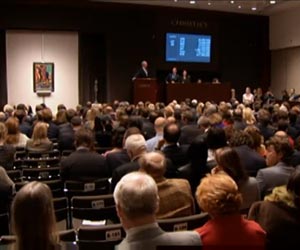 A Record set for a Juan Gris painting at Christie's