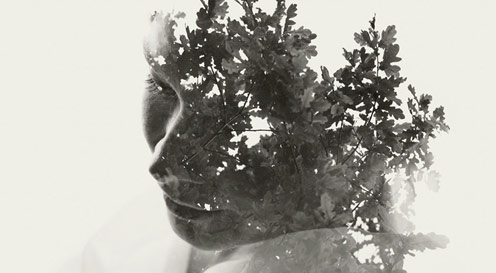 The artist (b 1986) lives and works in Raseborg, which in turn is a Finnish town of cultural significance inhabited by a predominantly Swedish-speaking population. Among other things, Finland is known for its thousand lakes, endless forests and clean crisp air. Those last bits are indeed the props that Relander uses in his photography in combination with casted sitters — unless of course, you reconsider that exact equation and decide that props and casts are interchangeable and symbiotic.

The young artist has quite quickly become noticed as something out of the ordinary both locally and internationally. He has already won a few prestigious awards such as Svenska Kulturfonden, a grant from the State of Finland to help pursue his art full-time for a year. Earlier this year, he won the accolade ‘Artist of the day’ at Saatchi Art, the giant online gallery with half a million pieces of work at any given time. At the same time, a number of prominent online publications have followed suit mentioning Relander, including LA Times, Oprah’s blog, China Daily and Nikon Pro Magazine. Moreover Blue-chip clients such as Adobe, Nikon and Oxford university Press have queued up to acquire a slice of the artist as well.

We’re nature: an ongoing project since 2010

The art is gentle and poetic and part of the production is some nifty series called ‘we are nature vol 1 and 2 respectively. Within this body of work, the titles of the various pieces do only occasionally refer to the sitters portrayed. More often than not, they hint at the season, tree sorts or as in one case simply bark for example.

It is no coincidence, because it is deliberately not about any specific individual; it is about man and nature. By keeping the identities of the models anonymous, viewers are encouraged to project their own subjective meaning into the work. Additionally, the subject matter lends a timeless quality to the work because faces, limbs, and decidous trees have been part and parcel of nature’s wilting carbon economy for a long time; and will be well into the future.

While we all crave inclusion, we live in a daft age in which exclusivity is readily accepted as equally excellent and elitist.

So said with utmost respect, Relander’s art has a very broad audience indeed. The reason for this is undoubtedly that his work resonates with us at an emotional level, rather than merely speaking to an insular group of art critics who share a long history of shared references necessary to decipher much contemporary art.

However artists who shoot double- and multiple exposure photographs are a rare breed in our digital realm. An explanation for the waning interest is evidently not that it has no audience, as much as the fact that other avenues are being pursued by artists. Consider for instance that the poor cousin of manipulating semi-transparent photoshop layers and ink effects does the so-called ‘halfway house’ in seconds.

As for the remaining half of the way, you need the real deal from an artist not willing to compromise. That is not to say that you should not tidy things up on the computer monitor and only accept what comes into the box as it is:

“As in my previous work I’ve double and triple exposed (combined) man and nature in-camera, this time by using a Nikon D800E. Afterwards I’ve imported my RAW-files (yes, you can shoot multiple exposures in RAW-format) to Lightroom to adjust contrast, tones, colours and in some cases adding a small amount of dodging and burning.” Christoffer Relander, 2013

The legacy of double- and multiple exposure art photography

Taking two or more shots in one picture has been with us for a while, though. To be exact, it coincided with the first analogue photographer stumbling upon it by accident. Since then several famous photographers have not been able resist giving it a try. Think here perhaps Man Ray, Philippe Halsman, Claude Cahun, Gjon Mili, Edmund Kesting and Germaine Krull.

However in retrospect few had the staying power for this mode of expression for long or were under commercial pressures to do something else with quicker results. Either way it proved uphill.

Certainly if you try it at home, it is surprisingly difficult and the majority of your attempts would end up in your bin. Simply,the elements will not readily synergise, let alone gel into a composition. It all demands being the sum of happy accidents increasingly mastered through equal parts skill, preparation and cunning improvisation. At a loss for better words: the artist’s touch.

I love experimenting with multiple exposure and I am eager to explore deeper towards this direction. I know there is so much more to be discovered

Christoffer Relander has been interested in art as far back as he can remember, but a decisive period for his career was between 2008-2009 when he served in the Finnish Marine and suddenly fell completely for photography. Without tying himself completely to multiple exposure techniques forever, it remains a means to an end of expressing his personal vision. When being asked what the future holds he answers:

“Throughout the years I’ve bought a few film cameras, but this far I have only experimented and worked with them a little. Luckily, I am currently moving into a larger studio with more space that also has a separate darkroom. This will change the way I work–most likely I will respect each frame more than I have with digital. With large format film I will also be able to do much larger prints.

Traveling has also affected me as an artist and I am very lucky to getting to travel more and more because of my work. New environments always inspires me. The more different it is to what I’ve seen before the more inspired I usually get.

Getting to know new people is important to me and my work as well. Before I had any international or national attention I did not know many other artist at all. I felt quite alone in my small town. Now that I have got to travel for exhibitions and commissions I feel fortunate getting to meet and know both supportive and inspiring people. This has changed and still changes the way I work today.”

You can find out more about the artist by visiting his website.

Image credits
Images by courtesy of the artist Christoffer Relander, all rights reserved.
Top image: ‘Perfume’ as cropped/butchered to fit our article format. 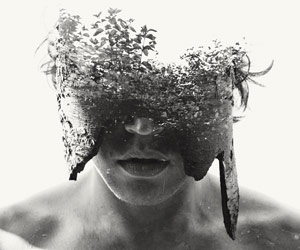 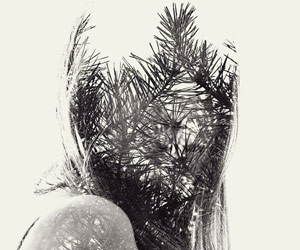 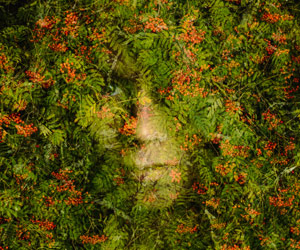 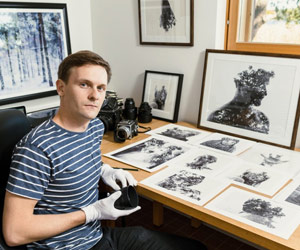