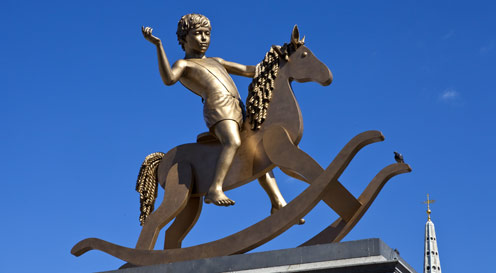 If, between a handful of options, you were to pinpoint one characteristic of art in the 21st century, it could very well be the popularity of artistic duos. There is now a widespread and grownup acceptance of them.

However, art in the Western world has by and large been an individualistic pursuit for long. It has something to do with us being the products of ancient Greek- as opposed to Confucius thinking. But more importantly, it has as even more to do with artists themselves and the commercial pressures of the art market.

With the lone wolf temperaments that artists often posses, the thought of teaming up with others sounds good in theory, but proves near impossible in practice. And now the art market explanation: Collector’s are the ultimate trophy hunters who prefer one unique work of art from just one unique originator.

Of course, art has always been produced by groups. The renaissance artist workshop is a well documented phenomenon. Then you could also mention the factory approach of Andy Warhol, Damien Hirst, Takashi Murakami and Jeff Koons.

However either a sole artist or an art factory has a front person.

The ‘duopoli’ is tad different. It has two equal representatives whom the press never manages to trick into a feudal hierarchy. What is more, it subtly says that the duo’s production is the synergy of two complementary temperaments in combination.

look, we could not have done this as individuals, and if we did, it would neither have been as much fun nor as well-rounded intellectually

A notable example is the Danish-Norwegian duo of Elmgreen and Dragset. They have the fourth plinth at Trafalgar Square on their artistic conscience. No honestly, it is fabulous—though quite unexpected.

In Germany the duo Herakut has risen to international fame. The two street artists Falk Lehman (alias Hera) and Jasmin Siddiqui (Akut) began to work together and their art can be found in Urban areas from Toronto to Kathmandu as well as in contemporary art galleries.

In the UK two artist duos spring to mind. One is the artist couple Emma Biggs and Matthew Collings. Together they produce fantastic abstract art, though from a philosophical point of view, they would probably debate whether abstract art exists until the cows come home. The second is Gilbert and George who in their gentlemanly suit-wearing style present their wacky self-biographic creations. 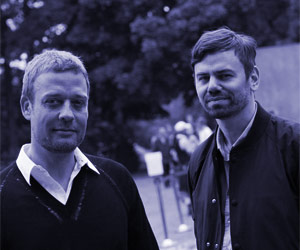 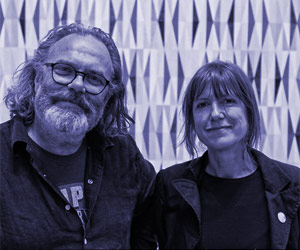 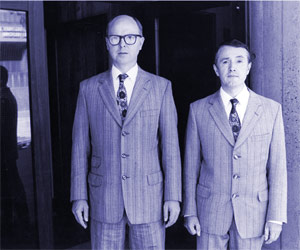 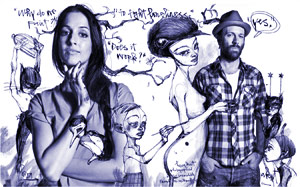