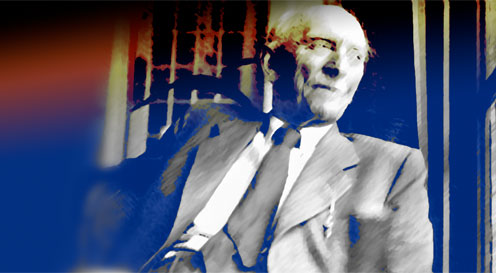 Trouble come in uneven doses at times. Hotel Europa in Belfast is the most bombed Hotel in Europe. Bangladesh is the most flooded nation, and Emil Nolde is the most confiscated artist of all times.

The British authorities once seized his art. They simply boarded the German passenger ship that Emil Nolde was on, and took away his stuff at the last leg of the journey. It amounted to years of work completed whilst travelling to exotic places.

Later the German Nazi regime decided to confiscate in excess of 1052 Nolde works from various locations and to ban the artist from working altogether.

Good news is that the German expressionist chose not to stop working. Today, we can marvel in all that is left on its own merits. His art resonates with many of us because of its bold confident strokes – all placed with no sense of hesitation. Add to that, a courageous use of colour without ever losing touch of the subtleties.

In art historic terms, he is remarkable for not being plagued by a dreaded phenomenon lovingly termed the Mona Lisa effect by Waldemar Januszczak. I.e. works by one artist that have become disproportionally famous for being famous. Think here Edvard Munch’s The Scream or Johannes Vermeer’s Girl with the pearl earring. That is why the samples to the right* are almost as representational as any other of the artist’s works.

Nolde in the context of the German Expressionism

Nolde was a prolific artist. In his lifetime he produced thousands of works of art that are now important inventory in many collections as initially established by supportive patrons such as Hans Fehr and Gustav Schiefler.

Having spent most of his life in Germany, Emil Nolde’s works are now considered significant contributions to what we categorise as German expressionism today. Without much formal education, Nolde was well-versed culturally. He met many of the contemporary and international artists including Klee, Kandinsky and Munch. In addition he conversed with various authors. Emil Nolde was largely self-taught and did not subscribe to any direction in art per se. In fact, he simply took note of all the ‘isms that spread as an epidemic in the beginning of the 20th century. He then realised that society knew that the world was changing and somehow just needed to give it names to make sense of it.

Still, he warmed to the idea of being part of an organised group or movement. But repeatedly, he realised that he was much too independent for it to be comfortable for long. For instance, between 1906-1907 the artist was part of a group of German expressionists called ‘Die Brücke’, the bridge. Then he was a member of the Berlin Secession between 1908-1910, and 1912 he exhibited once with Kandinsky’s Der Blaue Reiter Group. A short spell as an art teacher in Swizerland further adds circumstantial evidence to the fact that he was a lone wolf.

Nolde enjoyed relative success and was soon collected by important museums. One day, however, the Nazis condemned his work and branded it degenerate despite the artist’s appeals to the authorities. No other artist has had as much art confiscated from museums as Nolde. Moreover, in 1937 the Nazis mounted an exhibition in Munich, which sole purpose was to educate the public on how awful exactly his and other artists work was.

A complete and subsequent ban on working as an artist would have floored anyone. Not Nolde. He responded to the adversity by producing a large body of work in secrecy. Directly translated from German, those are known locally as the ‘unpainted pictures’— a sensible term for art that does not officially exist. In English they are referred to as ‘forbidden pictures’ which implies the conditions under which they were painted but is perhaps a misrepresentation of what the artist wanted to say. Anyhow, Many of these works are small water colours as favoured by the artist, because they were easier to hide from the Gestapo during their habitual visits.

The unpainted pictures go some way to explain why many consider Nolde a watercolourist who produced expressive works in vivid colours. However, he is equally known for oil paintings, etchings, woodcuts, and drawings. His way of applying colours was unique to him, though in common with other expressionists, he chose colours based on emotions to express, rather than colours he saw in the depicted motifs. The artist worked quite broadly on themes as different as the windswept landscapes, Bohemian life, religion, floral motifs and foreign cultures.

The meandering path to becoming a full-time artist

In his early years, art was only a pastime for Nolde. It was partly dictated by limited means, and partly by a rural upbringing that expected sons to become farmers like all generations before.

However, the artist completed an apprenticeship as a furniture maker in Flensburg. In parallel he went on to take private classes in fine art. It, and some funds he raised in Swizerland on royalties for postcards, helped the young artist attend the School of Applied Arts in Karlsruhe. However, he was 31 before he decided to pursue an independent career in fine art. In retrospect, the late start is more than made up by nearly six decades of work that followed. Nolde died on 13 April 1956 at the age of 88.

The biography is a DIY book in artistic resilience

If you read the artist’s autobiography Mein Leben, a couple of things spring to mind. One is the great affection for his first of two wives, the Danish actress Ada Wilstrup. The second is an unstoppable urge to produce art. It is an compulsion as strong as the one that Vincent van Gogh has expressed in writing to his brother Theo.

But more importantly, it is a lesson in resilience. Rejection was part and parcel of his calling. As an example, Munich Academy of Fine Arts turned down his application in 1898.

Certainly the first half of his life, Nolde was poverty stricken and it is not a leap of imagination to think that he was financially dependent upon his wife in longer periods. What’s more, the work that he produced received no recognition in the beginning except for the aforementioned patrons of arts.

Here is an example from Nolde’s own records of what others had to say about his works**:
crime against fine art
colour delirium
temper fits
motorically challenged
absolute beginner
horrible and vampire-haunted
great clumsiness and brutality

One incidence from 1908 sums it all up, perhaps. The artist sent off 13 sets of etchings to important collections to consider and within 14 days they were all returned with responses of this ilk:

We forbid you to send us more of your prints

But as the years went on, the Folkswangmuseum, Gustav Schiefler, and the Albertina in Vienna could not resist acquiring the pieces.

Other aspects of of Emil Nolde life proved challenging – as evident from his correspondence. By his own admission, the artist experienced days if not weeks when he could not paint at all. Although he travelled extensively, and worked during his travels, it was as if the creative energy was only really flowing when he was at three particular places. One is on Alsen as an emerging artist. Later as an established artist, it was either around Neukirchen in the summer, and Berlin in the winter. Perhaps he realised what Marcel Proust discovered for himself “The real voyage of discovery consists, not in seeking new landscapes, but in having new eyes”.

The origins of the German artist Nolde

Emil Nolde (born Hansen in 1867) grew up in the now Danish village Nolde. His parents were Frisian and Danish peasants who spoke mostly German. It may sound confusing to the uninitiated. But to make sense of it all, here comes a bit of geopolitics, that also explains some political absurdity that came to haunt the artist later.

Schleswig, where Emil Nolde originates from, was once like most other duchies and separate states before the nation Germany came into existence. The King of Denmark (also German) had inherited the duchy together with Holstein. Hence the two Duchies kept their own constitution. Add to this that the whole region was one big patchwork. With some sweeping generalisations, the rural areas were predominantly Danish and Frisian, and the cities were more German.

In retrospect then, Schleswig has then been both German and Danish at various times. But the heart of the matter is that the locals continued to regard it as an independent entity. Everyone was North Frisian, German, Danish or a mix therof. So Nationality was nonsense to most people until they were forced to take sides.

When finally they were to decide upon the matter in 1920, Emil Nolde a Danish Passport holder, had already joined the local German political party in Tondern. In all likelihood he was not particularly political. In his day and age, and before the advent of television, more of the population where politically active and that meant the occasional meeting and membership subscriptions. What is certain, however, is that he felt more German than Danish, and acted accordingly. However, the said party was soon absorbed by a more sinister big brother, the Nazis. Of course, today there is a great irony in this choice given the set of restrictions that the Nazis later imposed on Nolde.