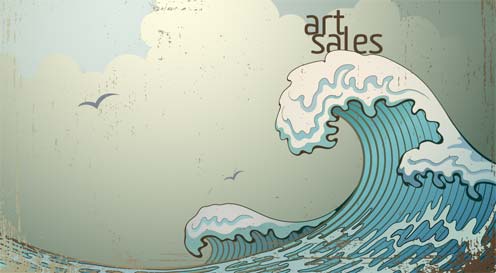 exhibiting at an art fair - should i or shouldn't i?

If you are considering becoming an exhibitor at an art fair, there is some really good news. On balance, it is a great investment for most gallery owners and some art dealers.

Your instinct has probably already told you so. But it is sometimes worth marinating your thoughts in facts.

Fortunately, there are economists working on this. They come in two different flavours:
•Those who ask all the participants in structured academic interviews, and
• those employed by local or national government to work out what it does for the economy, how many jobs it creates and what impacts might be for exports and tourism.

The latter simply confirm that it is good for exhibition venues, caterers, hotels, floristers, bakers, taxi drivers and airlines. While that is tremendous news, let’s skip it quickly in favour of the first ilk, which is more relevant to you as a gallery owner.

TEFAF in Maastricht routinely surveys and analyses the art industry. Cf their publication ‘the Art Fair as an Economic Force’.

At the annual Art fair in Maastricht, 35% the respondent Gallery owners reported that up to half of their annual revenue was directly attributed to attending art fairs. Those with lower averages were based in the major art cities of London, Berlin and Paris, and those who reported figures well above the 50% ‘of all revenue mark’ were galleries in less obvious gallery locations.

The report does not say anything about the average number og art fairs attended by a the respondents, but given the size of an average gallery, 2-3 art fairs a year would be fairly accurate.

Granted, it costs a lot to go on art fairs, and if it is your debut it will probably feel ruinous. But many successful galleries do it routinely, and they would not if it did not pay in excess of the effort and money invested. The conclusion is that few weeks of the year on art fairs, could create as much revenue as 50 weeks of conventional marketing such as invitations to see your gallery and artists. If you see it from the collector’s perspective it suddenly sounds more than plausible.