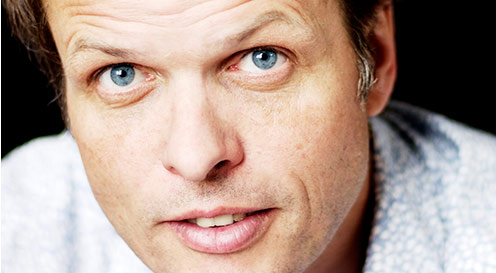 on that weird and wonderful art of collecting art

The informal Erling Kagge enjoys a highly fulfilling career as an author, publisher, explorer, lawyer and art collector. The Norwegian national might best be summed up as one of those unconventional high achievers on par with Richard Branson. For instance, he happens to be the first person to have trotted into the middle of the South Pole on his own two feet—just for the sheer hell of it. Not to mention, the North pole and the summit of Mount Everest.

More importantly, he is completely besotted with contemporary art. Now, people who are passionate about collecting art are surprisingly approachable and generous bunch when it comes to their wisdom. There is one reservation to make about that last word. Knowledge is knowing that a tomato is a fruit, wisdom is not to add it to a fruit salad.

In that regard, Kagge is no exception and below you have his take on certain aspects of collecting. Conveniently, he also owns a publishing house, which makes it less of an obstacle to part with his tips to a wider audience via book issues.

The title of Kagge’s book on the topic is ‘A Poor Collector’s Guide to Buying Great Art‘; which, allegedly, is a highly entertaining read, all sprinkled with humour and anecdotal reference. We are all in suspense after having ordered our very first copy from Amazon. In the meantime, he has lent us his time.

With some obvious exceptions — notably suicide bombing, Erling Kagge is of the persuasion that the best way to learn anything is by actually doing it.

In your view, what is the biggest act of folly a novice collector could commit?

Kagge: Not to buy art in the first place…but just sit and wait until you are absolutely certain. A collector has to be ahead of her own taste.

His very first purchase is a point in case.

How did it all begin for you, what was the first work of art you acquired, and why?

At the age of 21 I saw a beautiful lithography by a Norwegian artist who had borrowed quite liberally from Edvard Munch. The motif was all about jealousy, and because I suffered from love sorrows at the time and felt the pangs of pain, it resonated with me. Losing my virginity as a collector, cost me two bottles of Bordeaux, which was duly drunk the same evening.

By the way, I’ve still got the print.

If you could travel back in time and start all over, what would you do differently?

I live in the present, which amounts to the greater part of my cognitive overheads. The past I learn from, of course, but I don’t dwell on it.

What really drives your passion for art?

Curiosity more than anything. Next, it is the will to understand our age, which in turn makes it quite a complex pursuit. But then again, if that was straightforward, I would derive no pleasure from it. Then I would rather do something else with my time and energy.

Which kind of art wouldn’t you touch with a barge-pole even if it was offered to you for free?

I don’t give a shit about bad art. But, I do respect anyone who’s trying their best to create great art. As for those who are falling short of the mark, I have no intention of naming and shaming them. That would be unprofessional. Besides, they probably all know who they are, anyway.

What are the 3 most important ways for you to keep your finger on the pulse when it comes to art?
My eyes, nose and ears.

The title of his book alludes to being a biography from a ‘poor’ collector. After having collected at least some rudimentary evidence as to how collectors acquire art on a budget, we asked the chap where he bought his art from.

So, in descending order we listed the obviously risky but very rewarding purchases at degree shows. Then, studio visits followed by art fairs, galleries, and sourcing via art consultancies. Finally, we listed auction houses, which are generally – and perhaps unfairly – associated with people who have less sense than money.

To our surprise he said:

Neither. I prefer a close relationship with gallerists who are sharing my values and ideas and are happy to sell me really superb pieces.

Most collectors say they are buying with their heart first and foremost, but to what extent is your head swayed by these factors:

Pedigree of an artist?
Pass

An artist’s media presence and profile?
Not much

perceived future monetary value?
Not much

Acquisitions by other collectors?
Not much

The artist’s mission and vision?
Absolutely 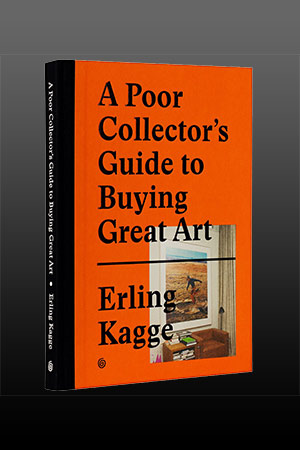