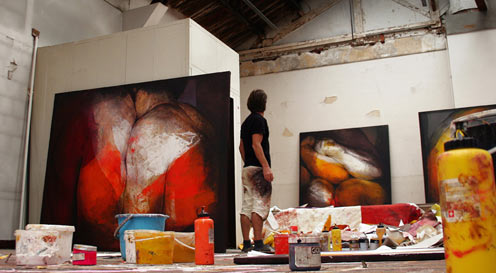 magnetic mix of figuration and semi-abstraction

Dark seemingly mono-chrome zones with pigment traces from saturated colours, and contours of superb line variations characterise the art of Etienne Gros. Then there are dark canvas margins gently obscuring areas and easing us into mid tones and highlights. Bright often warm colours such as cadmium yellow, burned orange, process magenta, and crimson are painted if not poured gestures. Altogether, it creates strong poetic sensations that trigger emotional impact, without ever being uncontrolled acts of throwing firecrackers into the petrol tank.

The effect is remarkably mesmerising abstract compositions — provided, of course, that you did not recognise the underlying figurative structures at first.

The figuration tends to be close up hugs of all sorts and rendered with depth. I.e there are sensual ones, contorted self-hugs, stolen hugs, fleeting moments of tenderness, -I wish the two of us were one type hug, or -hug me before I die. Here the layered glazes perfectly convey the semi-transparent layers of tissue, giving the human forms a very real but also magic quality that belongs to the realm of what fine art rarely offers so generously that nature cannot on its own.

Immediately, you sense that we are being seen through as human beings, but by a congenial and phlegmatic observer possessing something valuable. Call it life experience, if you will. You know the type of thing that the youth considers a ticket to a train that has already departed, only to realise too late that it is a ticket for the next leg of the journey. Marcel Proust stated that “We don’t receive wisdom; we must discover it for ourselves after a journey that no one can take for us or spare us.”

By the same token, these works could never have been created by a young artist. Softly accentuated are clearly torsos, limbs, pain and joy in all their sincerity. In their inherent maturity, the paintings and drawings are celebrations of who we are with the dynamics of our perfectly imperfect anatomy, our flesh, blemishes, warts and all. The large-format canvases and medium-sized drawings owe their exquisite quality to the profound insights of a seasoned artist. They are products of dwelling over the inner- as well as outer beauty of the human form; and to the point where there is no longer much of a distinction between the two.

The ‘being seen through’ part of the equation is very real indeed. There is almost x-ray imaging in the carbon series of work that the artist terms Fumée. The smoke-screened coal dust make the human form appear even more ephemeral and fragile than the artist intends to express in other work. To describe the result, you could resort to saying it is a little like art from Man Ray or Pas de Deux by Norman MacLaren, but it simply is what it is on its very own.

Second to what the art conveys to the beholder, the mix of the abstract and the figurative, is the genius signature style of Etienne Gros, which in turn confronts us with a harmony of two modes of expression that less imaginative persons would normally consider as incompatible as chalk and cheese.

Etienne Gros was born in Saint-Dié-des-Vosges on March the 20th 1962. He lives and works in île-de-France. Between 1981 and 1986, Etienne Gros studied at the art schools Epinal School of Fine Arts and Versailles School of Fine Arts. He later graduated at the Beaux-Arts de Paris, where he was accepted by the studios of Iscan, Olivier Debré and Vélickovic. Finally, he has received the Azart Prize at the Art Fair Mac2000. 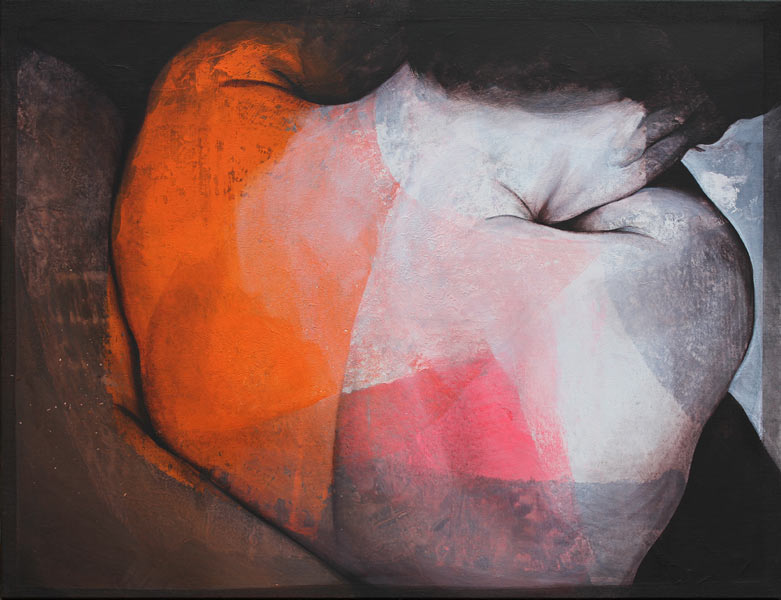 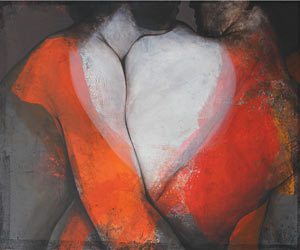 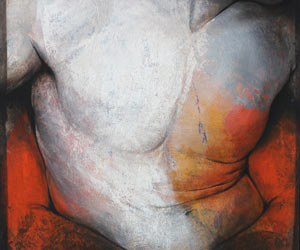