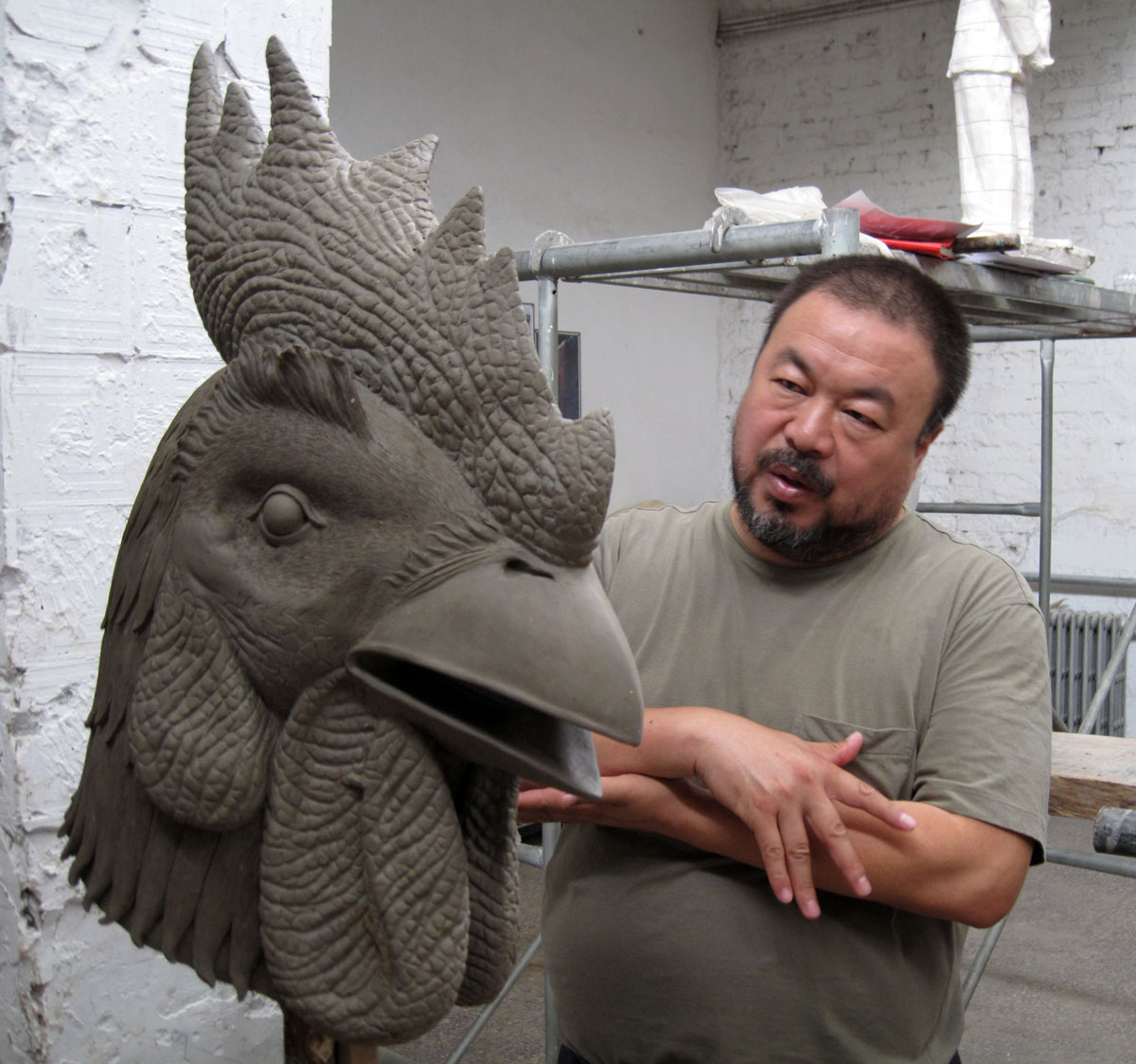 Circle of Animals/Zodiac Heads by contemporary Chinese artist Ai Weiwei, will be displayed as one of the projects accompanying the exhibition Generosity: On the Art of Giving, which is devoted to themes such as sharing, generosity and patronage, and is organized in celebration of the 220th anniversary of the National Gallery’s predecessor, the Picture Gallery of the Society of Patriotic Friend of the Arts in Bohemia. Ai Weiwei’s Zodiac Heads is the first and long-awaited work by this acclaimed artist to be exhibited in the Czech Republic. The space in front of the Trade Fair Palace will house twelve bronze zodiac-animal heads, copies of sculptures designed for the Garden of Perfect Brightness (Yuanmingyuan) near Beijing, which were destroyed by foreign troops in 1860 during one of the Opium Wars. A reminder of the complex relationship between art, history and politics, this installation speaks to the mission and identity of museums, a theme that also informs the anniversary exhibition in the National Gallery.

The 1.5-meter-wide heads are each attached to a three-meter-high slender post, forming a semicircle. The artist originally made them as “public sculptures” in response to the state of public art in the USA, where he lived between 1981 and 1993. He found most of the sculptures in public space too serious or officious—static monuments rather than objects to amuse and inspirit city dwellers. He decided to treat a theme that would be playful and approachable for a typical city dweller, one who is not necessarily a museum-goer. The concept was extremely successful and Weiwei’s Zodiac Heads—first shown in New York’s Central Park around the so-called Pulitzer’s Fountain between May and July, 2011—became one of the most famous works of contemporary Chinese art. It is perhaps the only contemporary Chinese artwork that is featured in many publications about international art in the 20th and 21st centuries. Many further copies have been made over the years.

The Czech Republic will be one of the few places in Europe to exhibit the work (along with Denmark, Germany, Russia and Spain). The National Gallery will borrow it from the artist’s own collection. By exhibiting the work in front of the Trade Fair Palace, the gallery will contribute to discussions about the role of art in Prague’s public space. It will also offer the viewers a glimpse into art’s complex relationship towards history, national identity and the art market and, at the same time, allow them to perceive the work in its pure expressiveness. That the Circle of Animals/Zodiac Heads will be exhibited as part of the National Gallery's 220th anniversary and that it will occupy the space in front of the Trade Fair Palace, an example of Czech modern architecture, makes this display a unique curatorial project.

Ai Weiwei is China’s best-known contemporary artist. His innovative and provocative works have earned him extensive international recognition, and have also made him an enemy of the Chinese government, which he has often openly criticized. Ai was born in Beijing in 1957, and he began his studies at the Beijing Film Academy in 1978. At that time Ai became a part of the influential avant-garde artistic collective Xingxing (“Stars”), whose famous 1979 unofficial exhibition was shut down by government officials. Eager to escape the limitations and repression of Chinese society, in 1981 Ai immigrated to New York City, where he encountered artworks by Marcel Duchamp, Andy Warhol, and Robert Rauschenberg. These artists significantly influenced Ai’s developing artistic practice, for example, by inspiring an interest in readymade sculpture, commercial imagery, and conceptual art.

Some of Ai’s most famous works manipulate and even destroy ancient Chinese artifacts in order to investigate rapidly-modernizing China’s relationship with its ancient past (for example, Han Dynasty Urn with Coca-Cola Logo, 1994, and Dropping a Han Dynasty Urn, 1995). In addition to visual art, Ai has also undertaken architectural projects, including serving as Expert Consultant to the building of the Beijing Olympic Stadium (the so-called “Bird’s Nest”), a role which he would later regret for its association with official propaganda. Ai has long been involved in political activism, for example, with his famous but short-lived blog which criticized the Chinese government. Ai’s encounters with Chinese police culminated with his arrest in 2011. Since then, Ai has received a number of prestigious international awards, including the Human Rights Foundation’s 2012 Václav Havel Prize for Creative Dissent, the 2013 Appraiser’s Association Award for Excellence in the Arts, and Amnesty International’s 2015 Ambassador of Conscience Award. Ai’s major solo exhibitions have been held at venues including the Royal Academy (2015), Martin Gropius Bau (2014), Hirshhorn Museum and Sculpture Garden (2012), and Tate Modern (2010).

Place: in front of the Trade Fair Palace