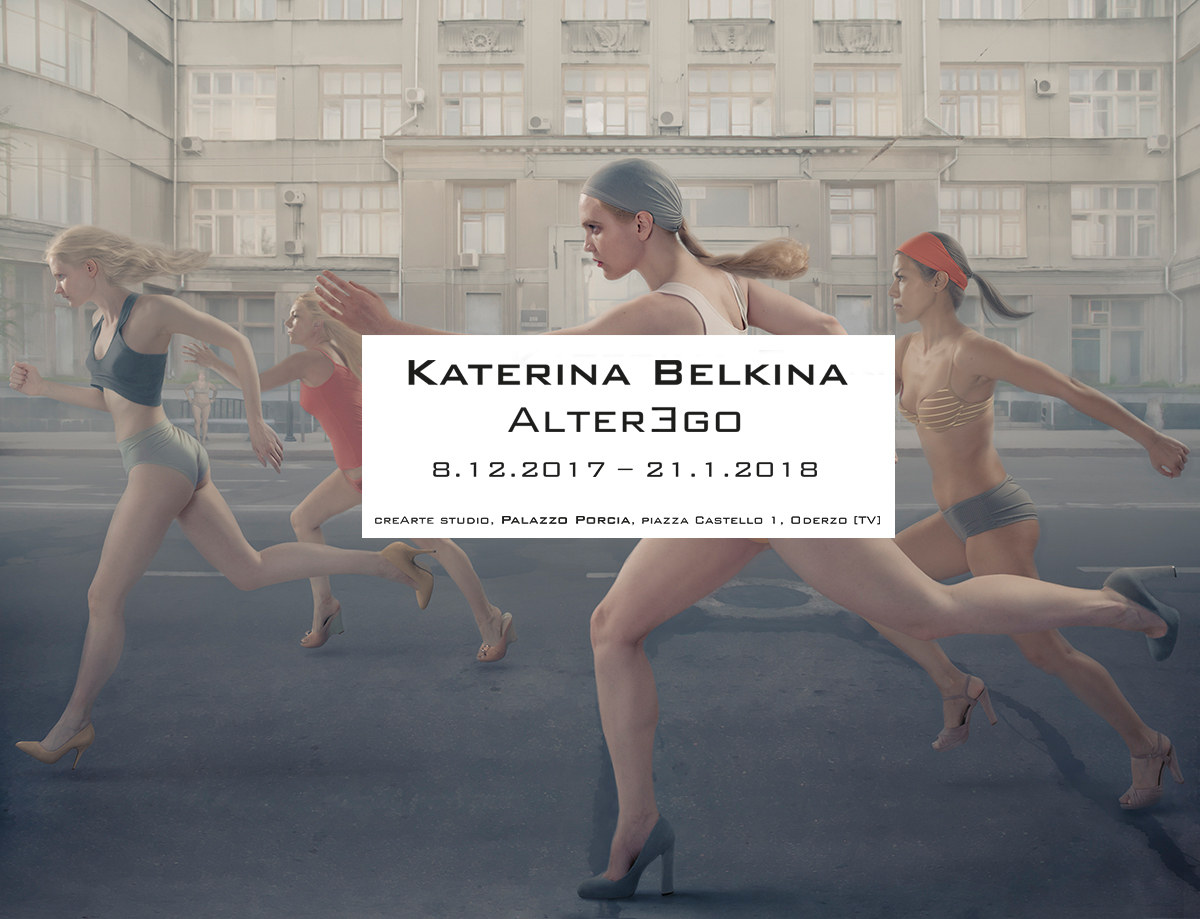 CreArte Studio is glad to introduce a new solo exhibition by Katerina Belkina, featuring works from the series “Light and Heavy”, “Empty Spaces” and “Revival”.

The idea captured in the self image.

The self portrait as icon.

This is perhaps the most accurate description of the leading theme of Russian artist and photographer Katerina Belkina. Her works have received international acclaim ever since her nomination for the prestigious Kandinsky Prize in Moscow in 2007, and are characterised by large photographs that portray people and sublimely combine the media of digital photography and painting.

In the different series she exhibited in recent years she uses manipulated images of herself to refer to archetypes from the world of myths and fairytales and famous historical paintings. In doing so she portrays man as an isolated individual in a depersonalised, western and urban world.

In Belkina’s work, the viewer is constantly confronted with a visual reflection on mankind, lifting the individual from his state of privacy. She conveys the loner that tries to connect to a bigger picture, to the universal concept that is the foundation of our existence.