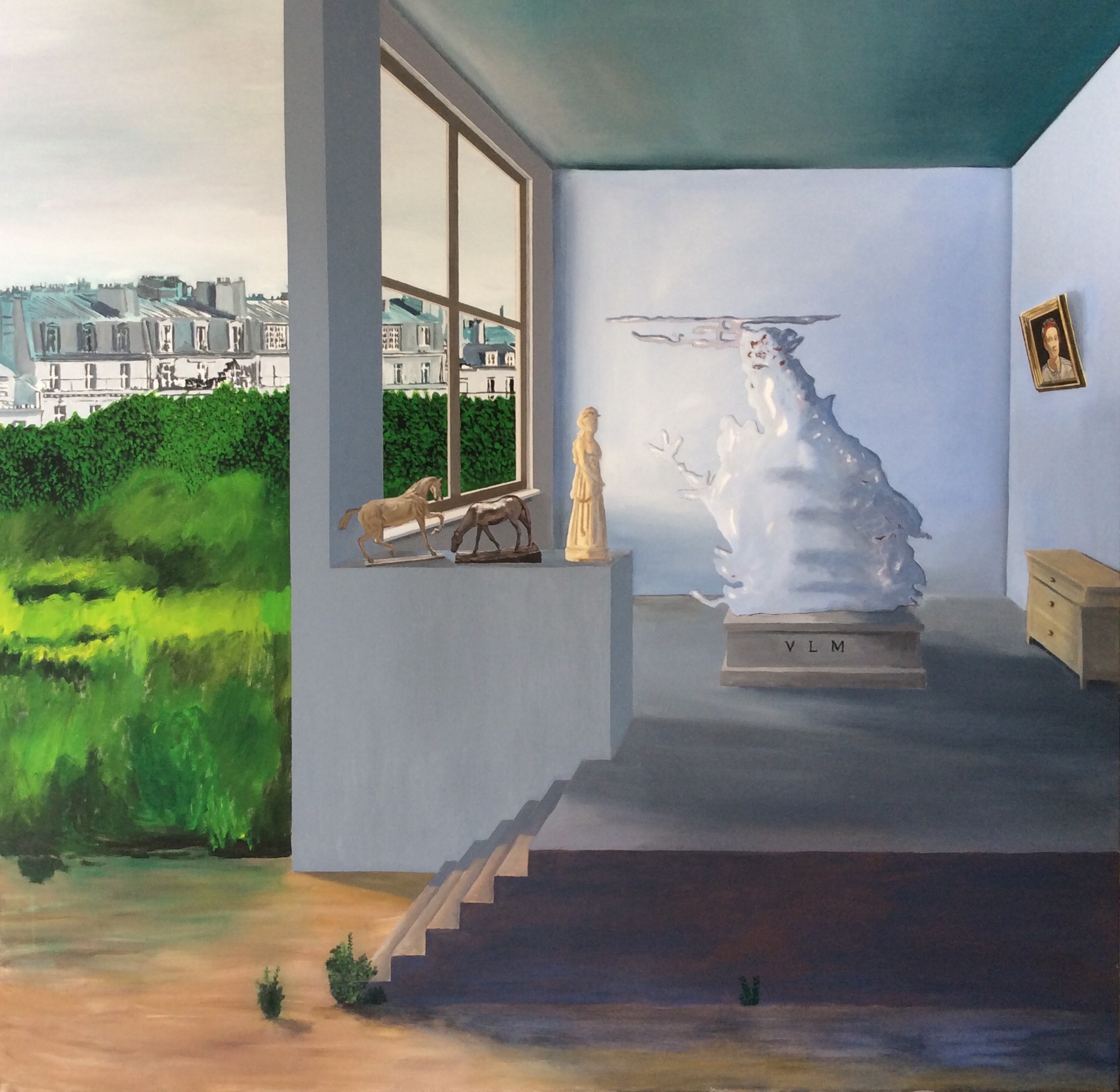 It’s not every day that you hear about a painter trying to turn the medium of painting on its head. But such is the curious case of Alun Williams, a British painter who spends considerable time orchestrating chance encounters with art history on the streets of Europe and North America. Taking inspiration from an iconoclast like Francis Picabia, who in 1920 univocally declared a Rorschach-like inkblot to be La Sainte Vierge (The Blessed Virgin), Williams roams the lanes and byways of major cities and minor towns resolutely declaring random paint marks on buildings to represent major historical personages.

Like the French Dadaist, Williams banks on the sheer irrationality attached to painterly illusionism to give history painting a final conceptual turn of the screw. If a naturalistic arrangement of color on a piece of cloth can represent world historical figures, he argues, then a few especially suggestive abstract splotches can be made to stand for disparate characters that have animated this or that place on the globe. Taken literally, the artist’s wildly associative method is capable of turning an innocent walk to the corner store into an encounter with seventeenth century nobles, eighteenth century radicals and the everyday men and women whom capitalized History often overlooks.

This, in fact, is exactly how Williams has come to paint characters as disparate as the American revolutionary John Adams (a man who led multiple lives, he became the second President of the United States at the age of sixty-two), dreamer-novelist Jules Verne (the artist claims the writer “travelled in time and space” while anchored to his armchair), poet and short-story writer Edgar Allan Poe (a disputed letter attributed to Alexandre Dumas documents a purported visit by the American to Paris), Julie Bêcheur (differing historical accounts identify a prominent market seller at Les Halles before 1789, but agree on virtually nothing else), Hester Leisler (the first daughter of the short lived “King of New York,” she lived a long life even after her father was put to the sword for treason by King William), and the legendary matchmaker Marguerite Bourgeoys (she put together the world’s first “marriage agency” for the largely overlooked “Filles du Roy”—some 800 young French women who immigrated to New France at the behest of Louis XIV to literally beget the population of Canada).*

Represented in nearly every case by painted shapes Williams places into extensively researched backgrounds— his portraits of individual “Filles de Roy” are represented via art historical quotations—his characters acquire newfangled abstract forms that match the unstable circumstances of their rediscovery. As the artist put it in one interview, he actively upends historical portraiture (and representation itself) by relating his portraits to, among other willful artistic ideas, the idea of camouflage. Rather than pursuing colored shapes that become invisible—as suggested by the term camoufler, for to disguise—his own cussed practice consists above all of making the invisible visible. After seeing his time-bending historical portraits you will never look at random marks or graffiti the same way again.

* With a nod to their underacknowledged historical role, Williams has rechristened the latter “The Mothers of Montreal.”

Christian Viveros-Fauné is a New York-based writer and curator, ex-art dealer and ex-art fair director. He was awarded Creative Capital Warhol Foundation Grant in 2010, was named critic in residence at the Bronx Museum in 2011, and has been a lecturer Lecturer at Yale University, Pratt University and Holland’s Gerrit Rietveld Academie. Currently he writes criticism for The Village Voice and ArtReview.