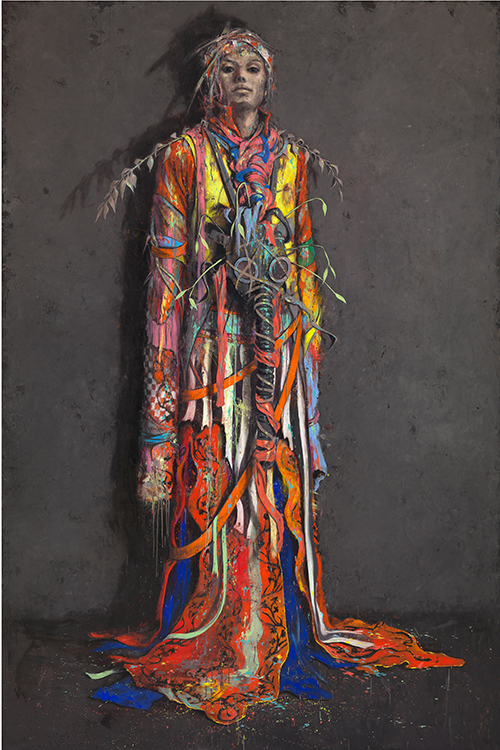 On show from 10 April to 18 August 2019, the exhibition ‘BEYOND’ features works by seven international artists in the Olbricht Collection, who use their respective art forms to explore the subject of the afterlife. Each artist fills a separate space with art in their chosen media, ranging from painting, sculpture, video, installation to printmaking.

As a kind of vague assumption, sinister threat, or blissful reward, the idea of the ‘afterlife’ has gripped mankind since the beginning of time. Religious promises of salvation, manifested psychosis, and ominous memento mori conjure a nebulous concept of the ‘beyond’. While the depiction of agony and death evokes the transience of earthly life, mythical illusory worlds oscillate between the here and the there, catastrophe and dream-like beauty, the material world and the hereafter. The ‘other side’ is also invariably always much farther removed than that casual phrase may make it sound, something illusively much greater than ourselves that is there to be attained, understood, and discovered.