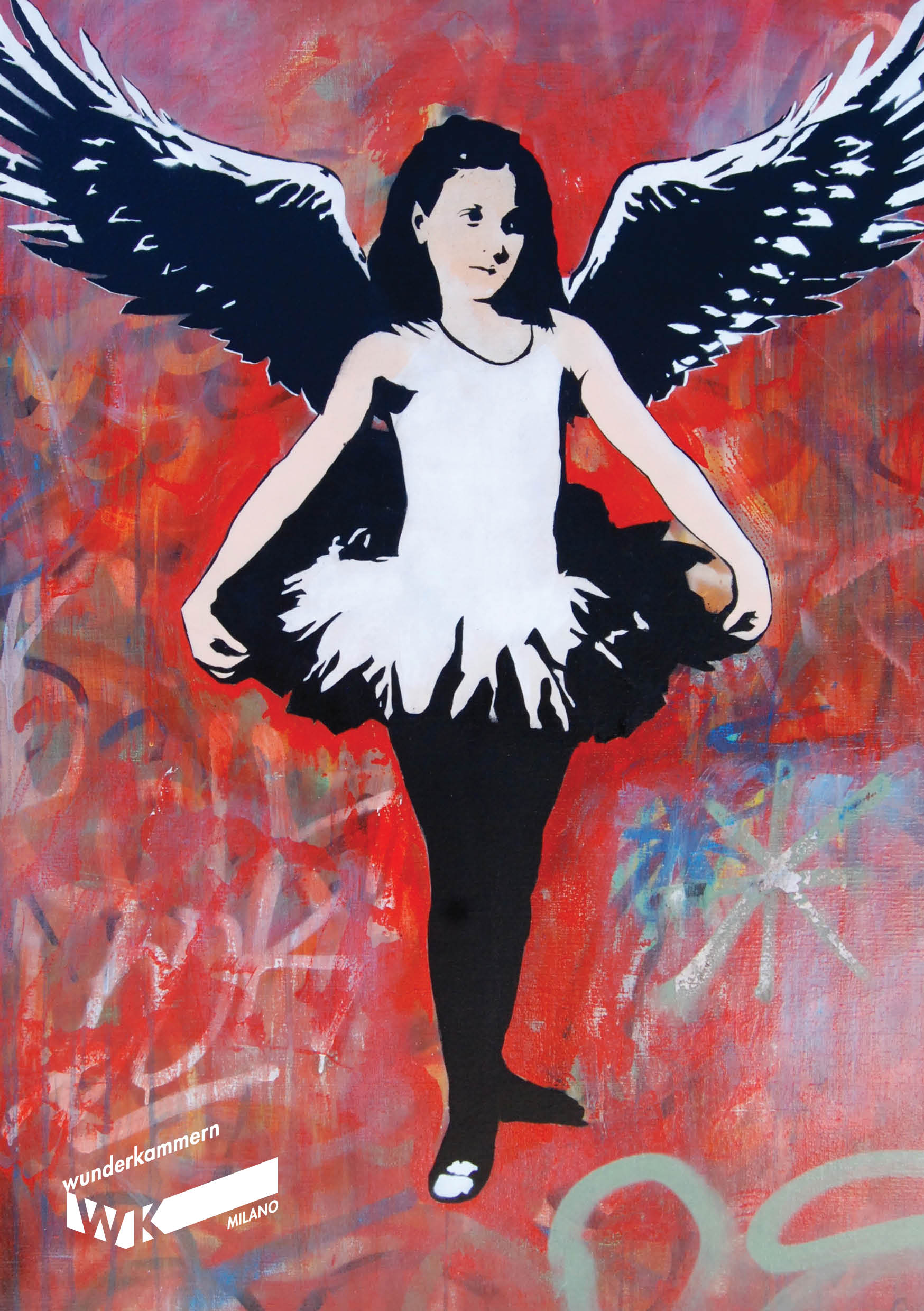 Wunderkammern, the contemporary art gallery based in Rome, is pleased to announce the inauguration of a new space in the historical centre of Milan with Propaganda, a solo show by renown French artist Blek le Rat.

Blek le Rat (Xavier Prou, Paris, 1951) is considered the initiator of Stencil Art and one of the founders of the Urban Art movement. His artistic production has a profound influence on current practices. Among the artists that have expressed admiration and esteem for his work is Banksy, who stated: “every time I think I've painted something slightly original, I find out that Blek le Rat has done it as well, only twenty years earlier.” Blek le Rat began painting in 1981 on the streets of Paris, drawing inspiration from the first graffiti that he saw during a trip to New York ten years prior, and adapting the American style to the architecture and social context of the French capital. The image that he chose to reproduce through stencils was that of the rat, which, for him, symbolized both freedom and the spread of art throughout the city as an invasion.

The show Propaganda is centred on these ideas of disclosure and propagation. Intended to mean the activity of spreading ideas and information with the aim of provoking specific behaviours and actions, propaganda has always been widespread in many arenas of society, from politics to religion, from commerce to culture, from the world of finance to the sciences. Even art, in some cases, has been used as an instrument of propaganda and, conversely, the latter has been implemented as a technique by artists: from the iconography of the Renaissance up to the modern-era movements like Futurism, Constructivism, Pop Art, and Urban Art. With his artworks, Blek le Rat investigates this theme, which has been an important source of inspiration for him: his introduction of stencils in art is, in part, due to certain stencils from fascist propaganda that he saw in Padua when he was younger.

Propaganda will present a noteworthy selection of pieces by the French artist: from historical works from the ‘80s to new pieces created specifically for the exhibition. In addition to the characters that distinguish Blek le Rat’s production, like David with Kalashnikov or The Man Who Walks Through Walls, visitors will also discover never seen characters. Among the works presented there will also be the exclusive viewing of the original stencils used by the artist in the past. Blek le Rat will create an urban intervention in the public space before the show. Finally, the artist will give a talk at the Institut français Milano (Corso Magenta 63) on Thursday, January 14, 2016 at 6.30 pm.

free entry
opening hours: from Tuesday to Saturday, 11 am – 7 pm