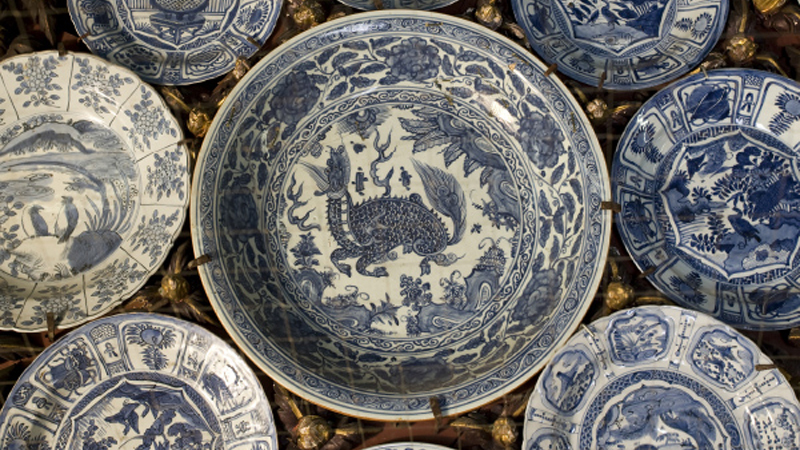 This unique collection of Chinese porcelain plates of the Porcelain Room in Santos Palace (now the French Embassy in Portugal) illustrates the history of ceramic production in China between the early 16th century and the late 18th century, and its trade with Europe.

A royal residence from the end of the 15th century, Santos Palace was acquired in 1629 by the Lencastre family and underwent major structural works between 1664 and 1687. During that period, the curious Porcelain Room was built with a gilded pyramidal ceiling inlaid with more than 250 Chinese porcelain plates, almost all of them decorated in blue and white. In 1870, the French State rented the building, eventually acquiring it in 1909.

In an exceptional partnership with the French Embassy, the MNAA presents an illustrative exhibition of around 60 dishes from the Porcelain Room (where conservation and restoration work is currently taking place). Having been built-into this unusual ceiling during the 17th century, this is the first time the plates have left Santos Palace. The exhibition is therefore a rare opportunity to see these exclusive pieces up close.