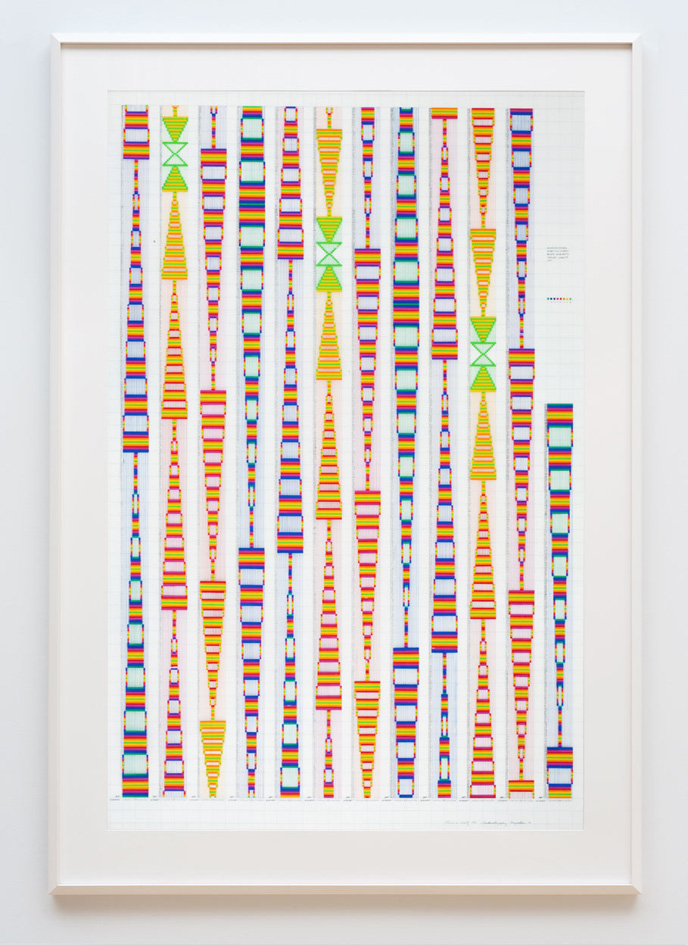 Air de Paris and Channa Horwitz Estate are delighted to announce their collaboration and the first exhibition of the American artist in France.

For over four decades, Channa Horwitz produced drawings, paintings and installations. She invented a structured formal vocabulary, built on a standardized grid (that of graph paper) and a process of notations based on a play of linear logic with the numbers 1 through 8. This system, which the artist termed “Sonakinatography” was developed by Horwitz as a way of expressing time and movement and rhythm in space. Her earliest works were intended to be complete as graphic expressions but also could be read as scores; detailed notations for dancers, musicians, performers.

The process of creating the drawings suggests the recording of the artist’s own time, labor, and thought. The strong constraints that govern the development of Horwitz’s works open the door of a moving universe with abundant colors. Conceived as autonomous systems, they develop many links with conceptual art and performances from the 1960s and 70s, but even more with Oulipians.

Channa Horwitz worked in relative isolation and obscurity for decades. It was not until the last years of her life that her work was widely recognized—due in part to the way it engages with a younger generation of artists who have emerged in an era defined by algorithms and code.