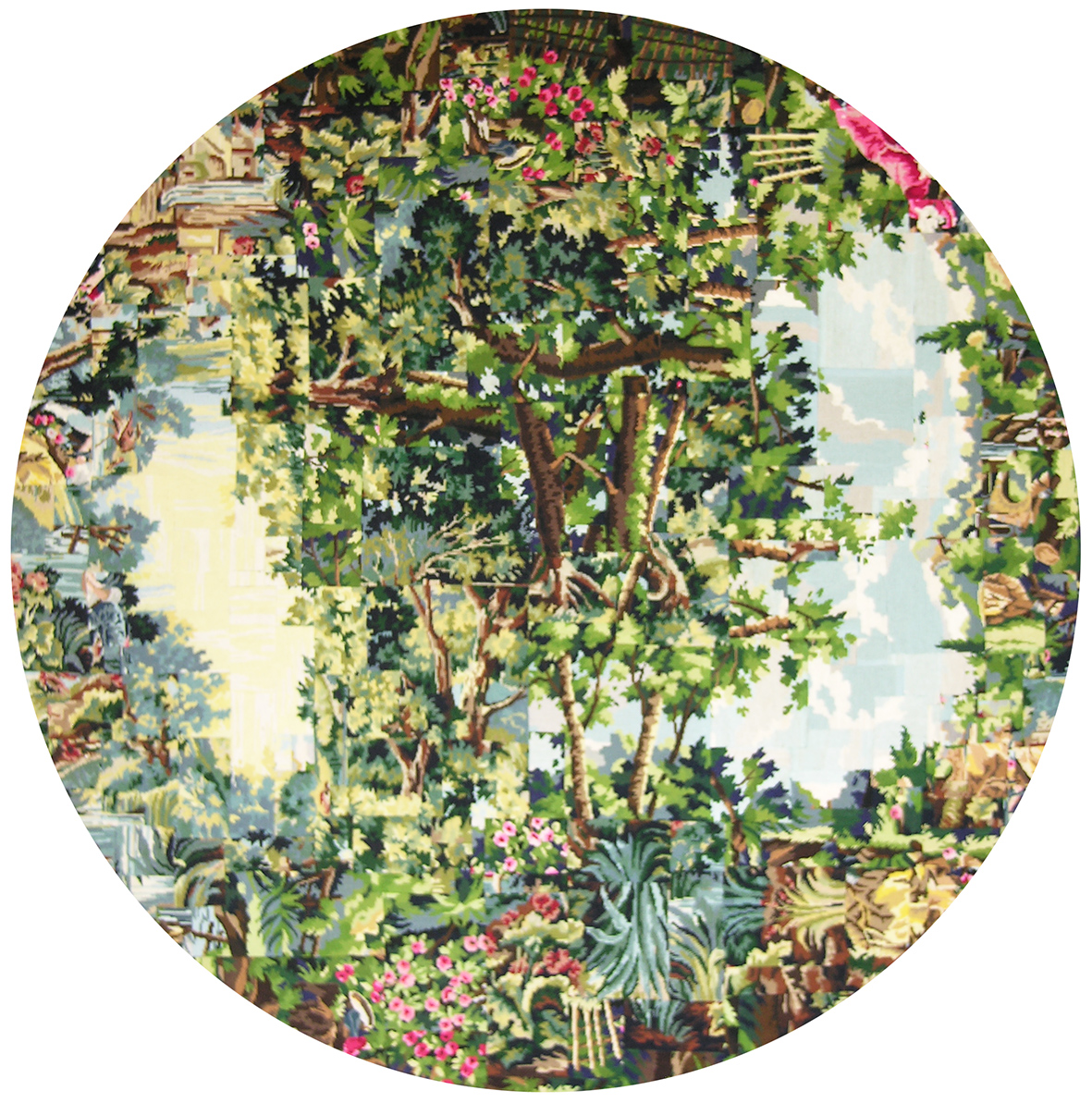 From the very beginning of Reto Leibundgut's artistic activity he has exclusively concentrated on using secondhand and old material. He is a veritable addict of materials such as discarded wood, chipboards, veneer, leather, plastics, fabrics and carpets and everything is carefully collected and reutilized. The essence of his work is formed by the large collection and accumulation of material. The different materials are elaborately manufactured and placed into a new context. Cheap wood is ennobled and the vulgar becomes art. He not only recycles materials for his content but he uses images as well. He often uses old tapestries and stills from porn movies or photographs as models. By means of traditional, allegedly dusty techniques, such as intarsia or embroidery, he transfers content into a new dimension and questions familiar perceptions.

The work of the artist thrives on nettlesome antagonism. The intarsia, the carpets, the goblin tapestry and the leather works dazzle with a perfection of craftsmanship that is in reality not so perfect. The materials astonish us because we associate them with a bourgeois world, with conservatism and boredom. He often chooses ingenuous flower pictures such as geranium or poppy which result in the exaggeration of the kitsch nature of a goblin. However the motifs of the goblins or the intarsia defy every musty convention. Reto Leibundgut tries to maintain the tension between the noble and the cheap, between tenderness and provocation.

All of Reto Leibundgut's works are of a puzzling straightforwardness. His art uses old materials and techniques but nevertheless appears very up to date. He toys with us and evokes an undeniable uneasiness with the presumed perfection. On the one hand you are attracted to the meticulously crafted pieces, while on the other hand you are repelled by their rough and raw construction.

For the exhibition CLEMENTINE Reto Leibundgut has created new Goblin “patchwork pictures” using a new process and technique. He adheres the works directly to plain wood and presents them behind Perspex. Thereby they appear more focused and include the spectator and the room in the picture. In this way several flower pictures, landscapes, interiors or apparently historic pictures with ships from the 16th century are created. In addition to the pictures we will show sculptural works like the two “lovingly bikes” who seem to go for a ride within a hexagonal structure consisting of old cupboard doors. We will also present the title piece of the exhibition, the artist's latest furniture work, which is a lounge made completely from orange colored panels.