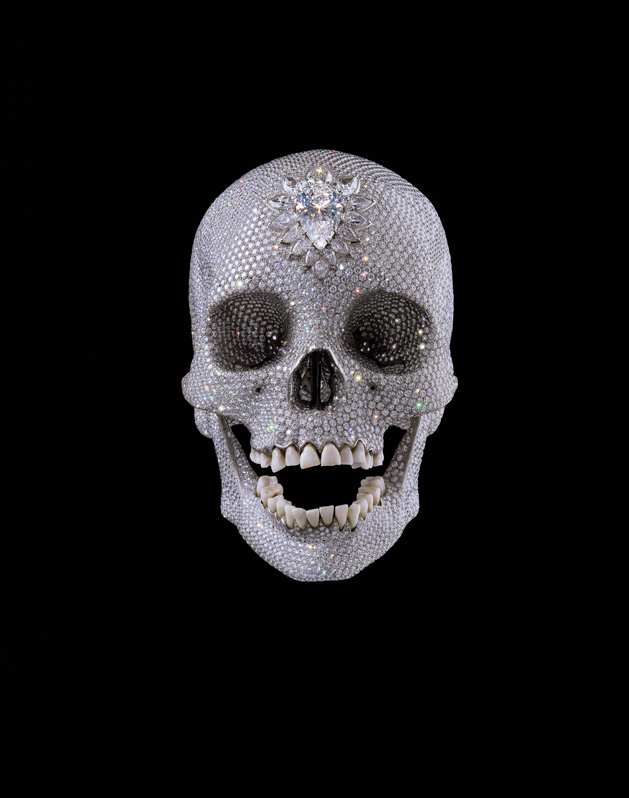 Born in Bristol, UK in 1965, Damien Hirst is commonly acknowledged to be one of the most influential artists of his generation. Hirst holds a special position within the Astrup Fearnley Museet, which now boasts a significant collection of his works, starting with the acquisition of Mother and Child (Divided) (1993) in 1996. The museum’s entire collection of Hirst works has now been brought together for the first time, to coincide with the exhibition of one of the artist’s most iconic works: the diamond skull, For the Love of God (2007).

For the Love of God, a platinum cast of a human skull set with diamonds, never before seen in Scandinavia. One of Hirst’s most iconic and widely recognised works, it acts as a memento mori, reminding the viewer of the fragility of life. The dazzling beauty of the diamonds, combined with the skull, a symbol of death, demonstrate Hirst’s enduring fascination in the means by which mankind attempts to comprehend its own mortality.

Alongside this prestigious loan, the exhibition brings together the museum’s magnificent selection of Damien Hirst works, which includes some of the most significant pieces to have emerged from the artist’s extraordinary career.