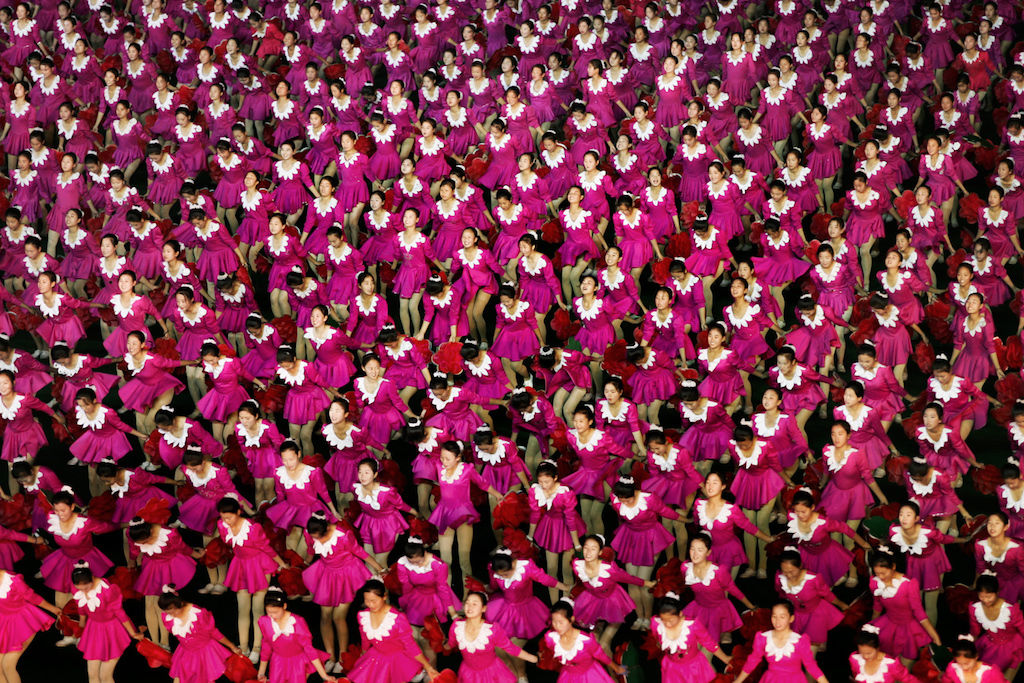 Perhaps another ‘I’ lives in North Korea who possesses diverse forms of random memories of South Korea —this is how I imagine it to be.

I am exploring how the Korean War lives and breathes in contemporary Korean society. I glare at the space where divided powers manipulate the war and division at will, treating them as a chapter of history fixed in the past, but as it suits the powers reviving the memory for their own purposes. The power of division is a monster of the present operating and malfunctioning in both South and North Korea. I collect all the fluids oozing from that monster – spit and clouded blood, madness and silence, benefit and damage, laughter and a cynical sneer, stop and flow – in the form of image and text, and then I let it flow away, again and again. I was hoping to reveal the politics of the day by breaking through and disrupting this weak point of the monster who is dreaming of the permanent state of exception, but it does not seem easy. – Noh Suntag

The photographic series in the exhibitions analyze the relationship between North and South Korea on the divided Korean peninsula. The images highlight the military presence and ideological extremes on both sides, the relationship between the individual and the masses, and the situations – both subtle and openly violent – that pervade everyday life in the two countries. A dark humour often comes across in these images, a result of Noh’s critical position acknowledging the political rhetoric of division and polarization in both governments on the peninsula.

Dance of Order at 43 Inverness Street showcases a selection of works from three photographic series. The works in the Red House series deal with the ways North and South Koreans interpret, perceive, and resemble one another. For this show, we selected images from Part I, North Korea in North Korea – what North Koreans want to reveal about themselves, while State of Emergency and Black Hook Down address the constant confrontation between the public and Korean police as well as the Korean and US governments’ responses to demonstrations and riots in South Korea.

In their prolonged (more than a half a century) hatred and fighting, the existence of each other became necessary to maintain the power of both governments. Noh Suntag’s imagery of this hatred, like a dance choreographed on two different stages, reflects this coexistence.

At The Fitzrovia Gallery, the series Really Good, Murder depicts various military shows in South Korea in which weaponry and machinery are proudly displayed reinforcing positive images of military culture. Meanwhile, another series, In search of lost thermos bottles, comments on a much publicized incident where the former head of the ruling Grand National Party Ahn Sang-soo mistook burnt thermos bottles as artillery shells. The gallery also shows North Korean images from the series Red House II. Give and Take.