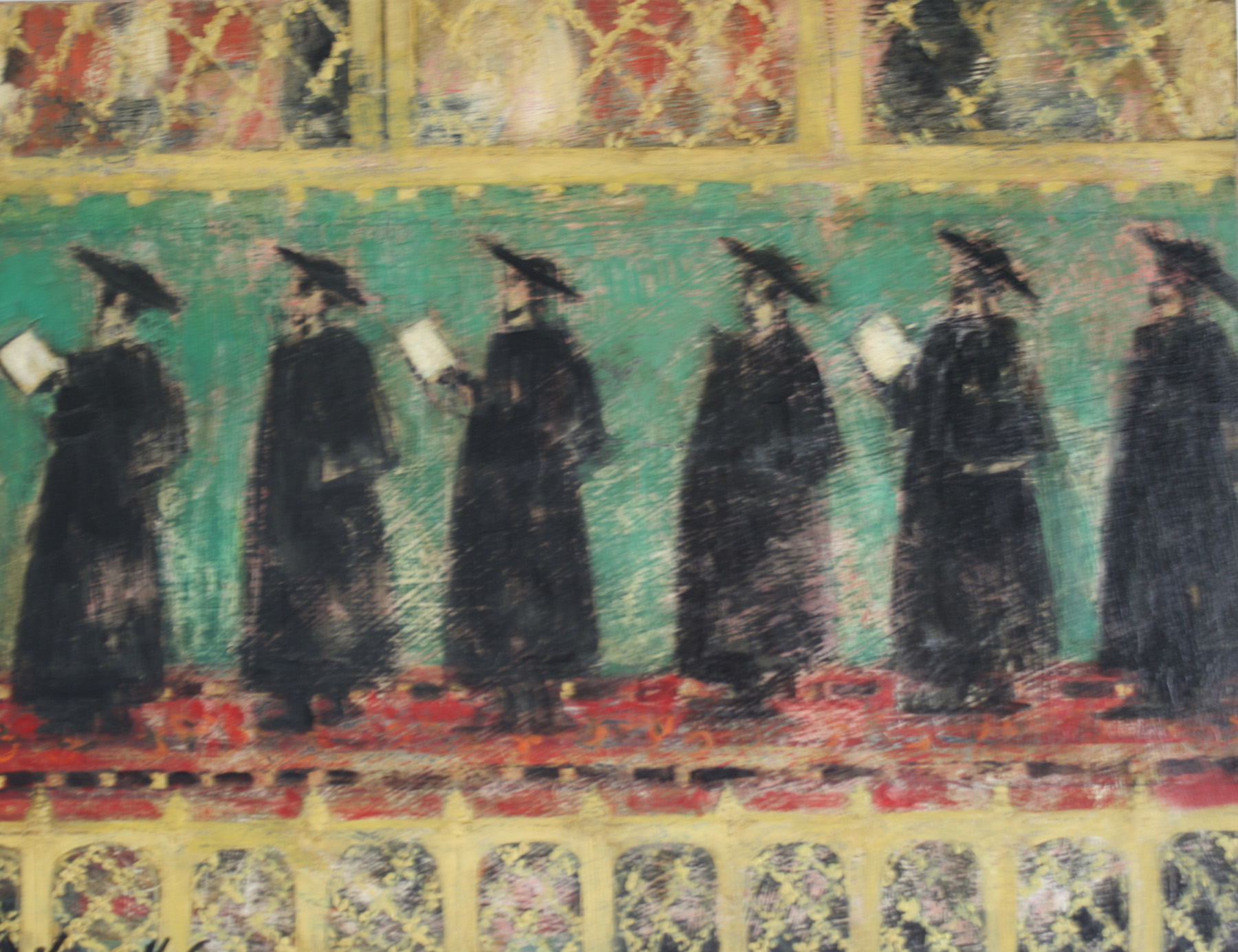 The exhibition features new work by the artists represented by the Olivier Cornet Gallery and members of the gallery’s AGA group:

This exhibition was first presented at National Opera House, Wexford by Kind invitation of Wexford Festival Opera (18 October to 3 November 2019)

Examples of art inspiring art down the ages abound but it is particularly obvious with ‘the world’s first modern novel’: Jules Massenet’s ‘Don Quichotte’, like so many other dramatized versions of the story, relates only indirectly to the great novel by Miguel de Cervantes. The opera in five acts, presented at Wexford Festival Opera 2019, was composed to a French libretto by Henri Caïn, itself inspired by ‘Le chevalier de la longue figure’, a play by the poet Jacques Le Lorrain first performed in Paris in 1904.

Massenet’s comédie-héroïque, was first performed on 19 February 1910 at the Opéra de Monte-Carlo (France). The French composer was born in 1842 in Saint-Etienne (Loire), a city where most members of gallerist/curator Olivier Cornet’s immediate family were also born and where he himself completed his secondary education.

The other appeal for Olivier and his artists was the rich palette of contemporary themes in Cervantes’ novel as well as the art-inspiring-art connections: from Alexandre Dumas’ Three musketeers, through Picasso to more recently Salman Rushdie’s novel. Themes such as the quest for truth and justice in this era of fake news, notoriety and the accession to powerful positions by the underdogs -or perceptions thereof in the current re-emergence of populists-, the explorations of the troubled inner-self, love and how we relate to one another. The resilience of the individual (through desperate acts at times) against our modern-day bookburners and other malevolent giants, to the rallying to just causes and the emergence of the real heroes and heroines, have also provided the Olivier Cornet Gallery artists with a rich tapestry of materials.

For more information about the show and the artists, visit https://www.oliviercornetgallery.com/drawing-on-don-quixote