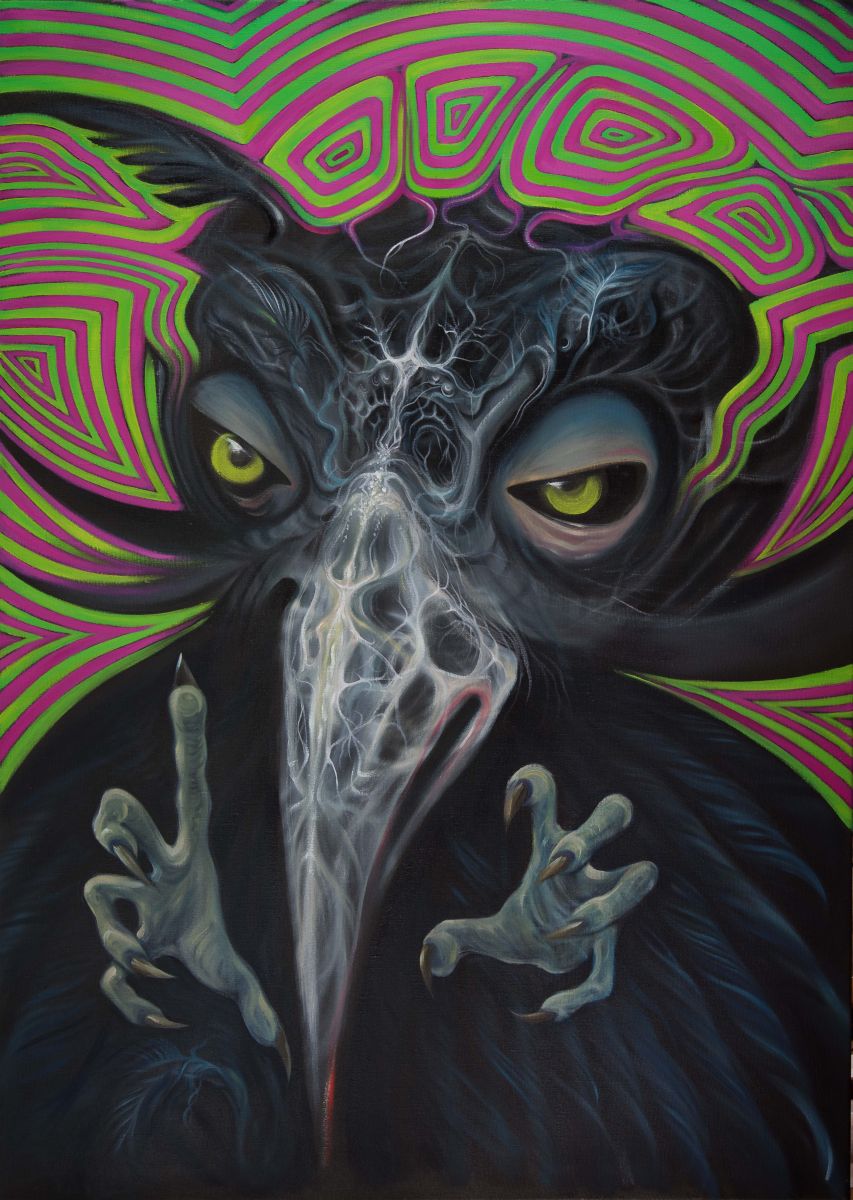 This exhibition is devoted to reflections of the oeuvre of Edgar Allan Poe (1809–1849) in Czech art and the phenomenon of horror and fear in general. Poe’s work continues to attract readers, and his short stories and poems inspire not only writers but also artists, film makers and musicians.

Artists took significant interest in Poe’s literary oeuvre only after the writer’s untimely death. This was mainly thanks to the poet Charles Baudelaire who translated Poe’s works to French. As early as in the second half of the 19th century, prominent artists such as  Edouard Manet, Odilon Redon, James Ensor and Gustave Doré created remarkable artworks inspired by Poe. Although the first Czech translations of Poe’s woks date to the 1850s, artworks inspired by them only appeared several decades later, at the turn on the 20th century. Poe’s poems and short stories inspired František Kupka and soon after him, Josef Váchal, Jan Konůpek and František Kobliha. Alfred Kubin, a German artist born in Bohemia, made illustrations for the German translation of Poe’s collected stories. Later on, Alén Diviš and František Tichý created further Poe-inspired artworks. Poe was a source of inspiration for Jan Švankmajer and more recently, František Štorm and Jaroslav Róna.

In addition to the above-mentioned ones, the project will feature a broad spectrum of artists, including Krištof Kintera, Josef Bolf, Martin Zet and others as well as artists of the youngest generation, such as Jan Vytiska and Marek Škubal. The exhibition aim to demonstrate the close relationship that can occur between modern and contemporary art and a 19th-century author. As such, it supports the conception of the permanent exhibition 1796–1918: Art of the Long Century.

A DREAM WITHIN A DREAM: EDGAR ALLAN POE AND ART IN THE CZECH LANDS