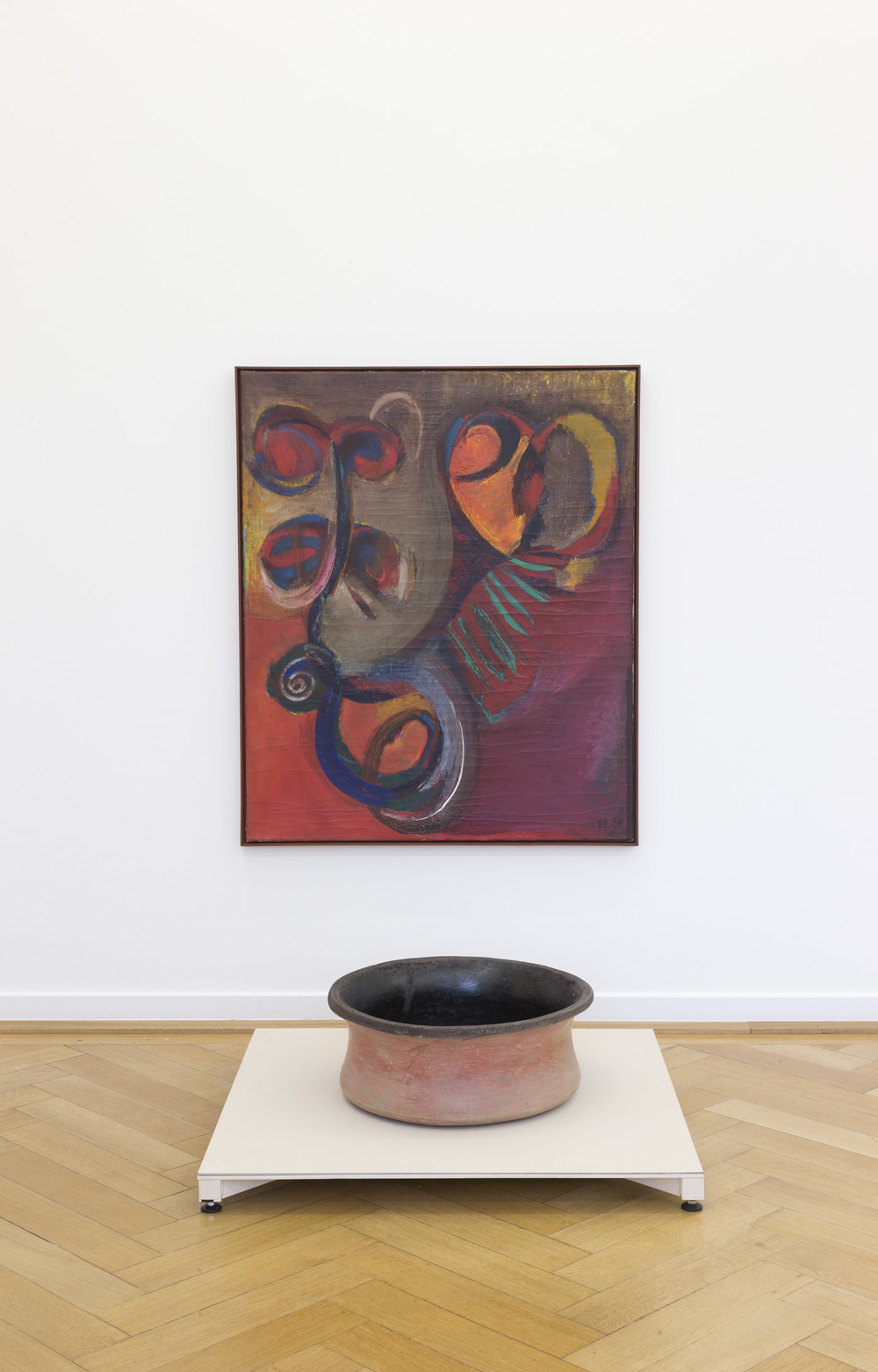 The National Gallery in Prague features this retrospective of Senegalese painter and curator, El Hadji Sy (*1954) as an introduction to contemporary art in Africa. El Hadji Sy: Painting – Performance – Politics introduces the artist as a singular painter but also as an important performer and cultural activist. Shown for the first time in the Czech Republic, El Hadji Sy’s paintings, installations and performances dating from 1970s up until the present will also be presented along with other contemporary Senegalese painters. The artworks will be accompanied by archival documents, posters for El Hadji Sy’s performances and film documentaries that capture his workshops.

El Hadji Sy, one of Senegal’s most prominent contemporary artists, has been influential both locally and internationally as a painter, curator, and cultural activist. Sy was born in Dakar in 1954, and he studied painting at the École Nationale des Beaux-Arts in Dakar from 1973 to 1977. As a student he grew skeptical of the then-dominant style of the École de Dakar, and instead turned to unconventional materials and methods, including laying his canvas on the ground and painting with his feet. Sy would later on use jute sacks, butcher’s paper, and tar in his paintings. Since the very beginning of his career, Sy has supported his fellow artists by organizing exhibitions, developing workshops, and establishing collectives, often working in opposition to the Senegalese government’s cultural policies. Two of his most famous collectives from the 1970s were the politically-critical Laboratoire AGIT’ART and the Village des Arts, which was raided and destroyed by the Senegalese military only five years after its founding. Undaunted, Sy went on to develop the Tenq workshops of the 1980s and 1990s, which established new networks between artists across Africa and Europe. In 1985 the Weltkulturen Museum in Frankfurt commissioned Sy, along with German art patron and linguist Friedrich Axt, to compile a new body of Senegalese art for the museum’s collections. Sy’s collaboration with the Weltkulturen Museum resumed with his appointment as Artist in Residence in 2014. His current artworks unite painting with installation, performance, and dance, and they thrive not only within, but also outside of the formal gallery space. Sy has displayed his works both in international museums and on house walls in Dakar’s working-class neighborhoods. His most recent solo exhibitions have been held at the Weltkulturen Museum in Frankfurt (2015) and in Galerie Bookoo in Dakar (2013), and his installation Marine Archaeology (2014) was featured in the 31st São Paulo Bienal. He has also recently exhibited in group shows at Galerie IFAN (2007) and Galerie Nationale (2007) in Dakar.