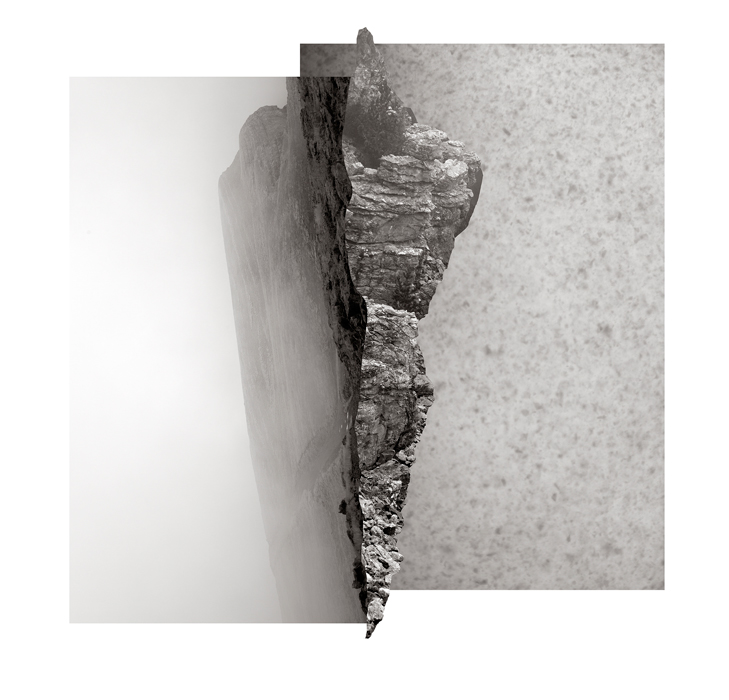 Next Thursday 3rd November, the fourth solo exhibition in our gallery by the photographer Cecilia de Val (Zaragoza, Spain, 1975), opens at the camara oscura art gallery, being a project of a experimental and postphotographic nature.

Monte Perdido is a legendary mount located at the Pyrenees in the frontier between Spain and France, having 3,352 meters of height which makes it the highest limestone massif in Europe. Singularly, it is not visible from the valleys around, hence the name. In 1787 the geologist and botanist Ramond de Carbonnières (Estrasburg, 1755-Paris, 1827) discovered the mount for the very first time from another peak in the Pyrenees and from that moment he started up his lifelong adventure: the study and conquest of the peak of Monte Perdido, to be accomplished in 1802.

Monte Perdido has a very unique flora and a singular landscape due to its marine sedimentary origins and that reflect a traditional way of life, that according to Unesco, provides an insight to the European society of the past through a landscape of villages, farms, fields, pastures, and mountain roads.

This projects documents an experimental study carried out during the last two years. Several photographs taken at Monte Perdido are submitted to a particular process of (un)development: first they are developed-printed on a thin photographic polyester paper, then they are immersed in a tray with water and acetic acid at a temperature between 3 and 5 Celsius degrees, and lastly they are taken out of the tray.

This sort of photographic deconstruction and creation of “new landscapes” seeks to go deeper in the reflection on the meaning of images and the implications that the dematerialization of photography involves in the digital era: images that were pieces of paper at the bottom of a drawer and that today became algorithms on the Internet, or fragments in a liquid state.