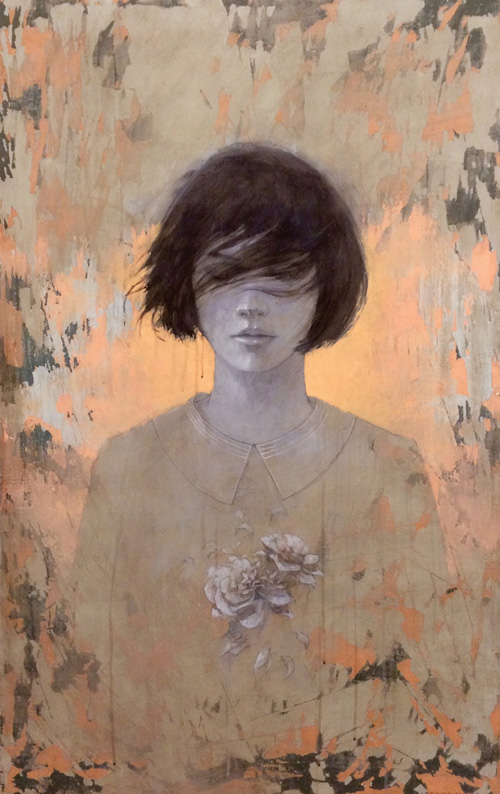 Just back from the great success obtained in New York, after a solo show in one of the most dynamic galleries in Chelsea, FEDERICO INFANTE is now going to expose in Varese about twenty, even of huge dimensions, of his canvases.
Chilean, 33 years old, for his first European solo show FEDERICO INFANTE will have the whole PUNTO SULL’ARTE Gallery at his own disposal.
Until now unedited in Europe, yet having taken part in various successful exhibitions in Chile and the USA, the Artist will lead the audience through a long and audacious trip within his subconscious. As a matter of fact, that is the starting point chosen by FEDERICO INFANTE to reach what he considers as the only purpose of Art: authenticity. He starts from chaos to gain reason, through a sort of self-awareness path. He begins from the bottom, adding layers of acrylic paint to the canvas, then removing them, almost scratching them away, exclusively lead by the strength of his gesture. When the canvas has finally turned into a mix of substance and colour, he starts the second phase, trying to read through those chaotic marks, to translate them into a character, a setting, a story.
Therefore his works echoes the American gestural painting, together with surrealist mechanisms and contemporary needs and anxieties.
The examination of the “tension between our leading subconscious and the logic we use to understand our existence”, is the key through which he manages to communicate with the more true part of his own soul. For which reason, in front of his works, we feel disoriented as if someone opened our hearts to investigate them.

During the vernissage, on SATURDAY 12 MARCH, the Artist will be present.

FEDERICO INFANTE was born in 1982 in Santiago (Chile). He attended the Finis Terrae University in Santiago (Chile) and the School of Visual Arts in New York. Being surrounded by the wonderful Chilean landscape since his childhood, he could develop a strong sense for contemplation. As a matter of fact, his works uniquely juxtapose abstraction, through figurative sections and detailed architectonic images.
His works belong to private collections in the USA, Europe (France, Belgium, Germany and Italy), Saudi Arabia and Singapore. In 2015, he illustrated the “Lolita” by Vladimir Nabokov published by The Folio Society.
He lives and works in New York.