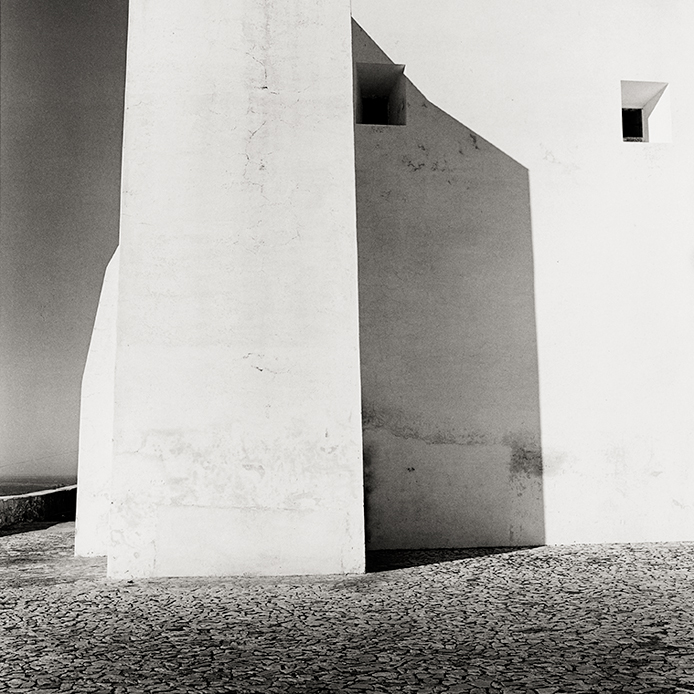 Ferran Freixa (Barcelona, 1950) is a self-taught artist who, since the early 1970s, has distinguished himself as one of the leading commercial photographers in Catalonia. His product photography, the interiors and architectural projects he has produced for the print media is well-known, but less familiar is his own, personal work. Parallel to his professional commissions, he has developed, over the years, a body of work that embodies a very personal vision with images that invite us to a quiet reflexion on the passing of time.

Produced slowly with a medium-format camera and tripod, Freixa's photography leans toward spare, abstract compositions, concisely and meticulously framed, that are the product of a patient observation of light and shadow. As someone who confesses to have always been fascinated with the passage of time, Freixa has turned his lenses on spaces that evoke another era: empty rooms, decrepit architecture or the nostalgic glimpse of a bygone elegance found in outdated storefronts. Freixa's gaze transforms these spaces into quiet, sedate images that invite us to thoughtful contemplation of that time arrested before our eyes.

Since 1973, Freixa's personal work has been exhibited in galleries and museums in Europe and the United States and can be found in important private and public collections. In 2014 a major retrospective was presented at the Tecla Sala in L'Hospitalet de Llobregat (Barcelona) summarizing forty years of work with a body of silent, extremely refined photographs that are the fruit of a true autobiographical dimension.