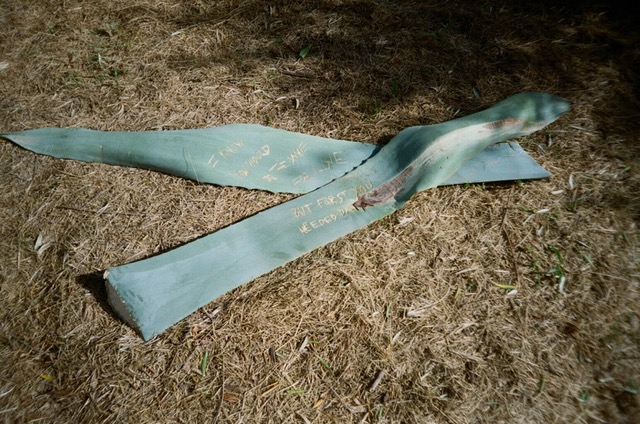 Bread and games comes from the Latin phrase panem et circenses, which, in some languages, is a popular idiom for distraction, appeasement and mass manipulation. This phrase illustrates how the viewers’ experience of the exhibition could be manipulated and deconstructed by each artist’s intervention. Resonating with Open Space’s 2020 curatorial theme Manufacturing Memory, which examines the dichotomy between memory and technology, Bread and games provokes personal experiences with an unpredictable fictional narrative.

The sequence of interventions within the exhibition is initiated by individual installations that explore different modes of storytelling, in relation to the real and the intended, the remembered and the known – in public, political and private life. Re-appropriating the space, the six artists fictionalise the narrative of the exhibition, so that the audience experiences their new interpretations rather than the original voice of the curator. Control of the original idea is lost, allowing the audience to have memories dependent on chance and choice, rather than a singular exhibition theme.

Bread and games varies between an intention to bring together and dismantle, most visible in Louise Ashcroft’s work. Ashcroft engages with stories relating to the other exhibiting artists’ practices, creating one possible truth about them, speaking “fantasy to power”, as she describes. Her exploration into her colleagues’ work will result in a visual, verbal and engaging journey shared with the audience through various media across the show, and a performance on the opening night. Whilst Ashcroft plays with the intention of the other artists’ work, Lea Collet explores the collective disconnection induced by technology, through a phenomenon she calls online emotion. Collet navigates towards a digital ritual, focusing her work between intimations of the future and personal stories.

Digital means and personal relationships also appear as a motive and method in Caz Egelie’s work, performed with a dance group. Egelie will appropriate existing historical artwork into a place of affection, confusion and fiction. He will mediate the relationship between authenticity, originality and memory – mapping the place where a digital glitch inevitably shakes the identity of the original.

Radek Brousil brings together the natural and virtual with works on fabric with a specific geopolitical origin and geographic trajectory. With an abundant visual language, Brousil constructs a narrative suggestive of colonial and quasi-colonial histories. In the context of Open Space’s 2020 theme, Brousil works with the memory of objects and spaces, questioning ways of existing and “collective generational nostalgia”.

Nostalgia provides a segue into Rosa Doornenbal’s work around the experience of hauntology in contemporary urban and domestic landscapes. She is interested in how people identify with their surroundings and how this relates to feelings of security and intimacy. Fictional identities are created from an early age, with toys and children’s games being the initiators. Doornenbal focuses on the way objects, clothing and even buildings can be seen as ghosts that envelop us with their wordless presence and influential capacity. Doornenbal will use props in her performance for Bread and games.

Finally, Teal Griffin thinks of the contemporary moment, in which bodies (both human and non-human) are caught between climate catastrophe and uncertain futures. Shaped by personal experience, Griffin’s work presents a cast of characters, performing their own fiction in reference to a ballet ensemble, yet removed from the music which gives the dancers purpose. This “tragicomic sound of silence” as Griffin describes, wraps up the project’s narrative with something closer to a question than an answer, towards a potential for a new platform created together with the audience.