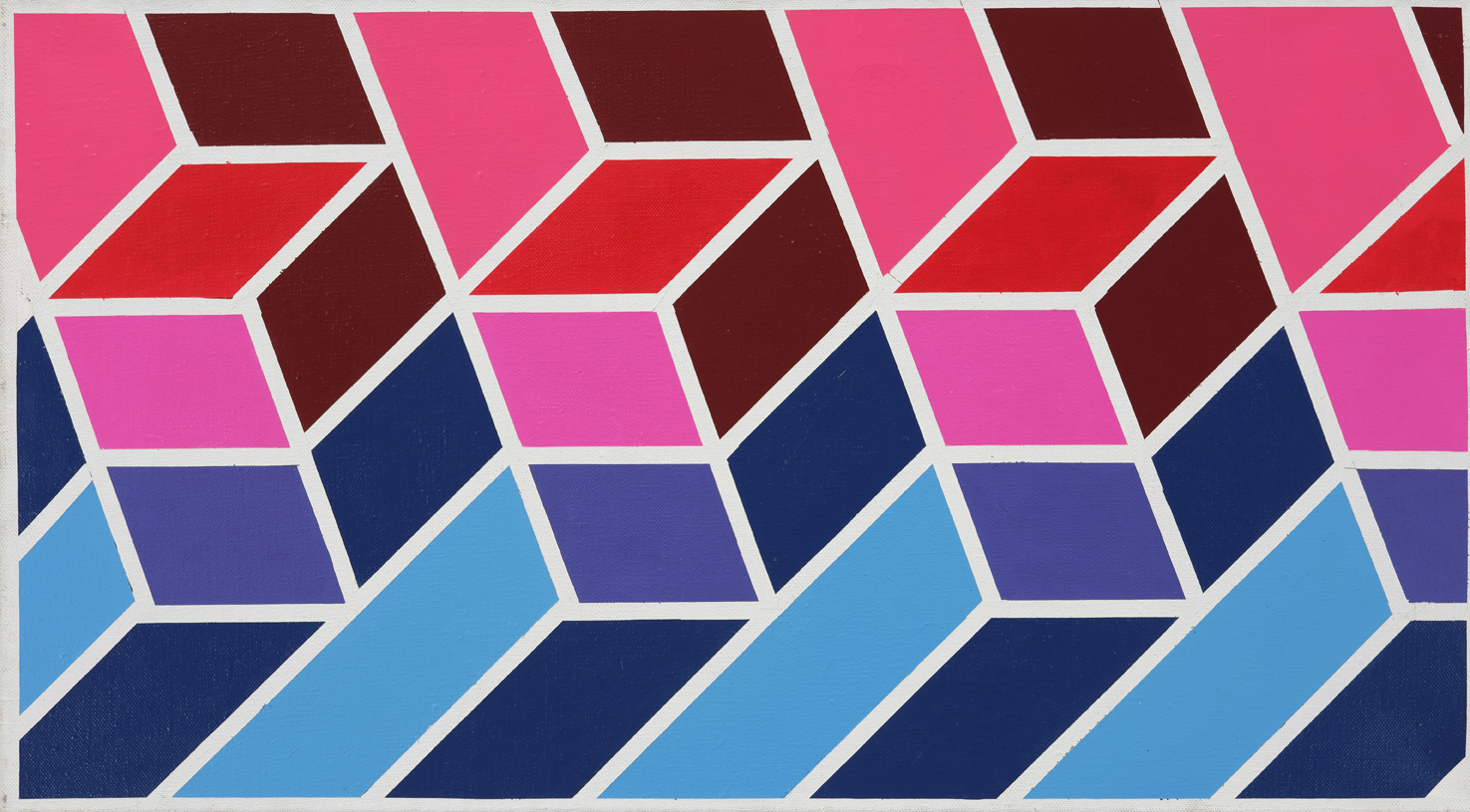 On the occasion of the 100th birthday of the painter Franz Fedier (1922-2005), who was born in Uri and lived in Bern for a long time, the Bernhard Bischoff & Partner Gallery is showing an exhibition of works by the artist from the 1960s and 1970s and thus an unjustly little-known phase of Fedier’s creative work.

A new beginning“In the summer of 1959 I rented a flat from the antiquarian Pia on Kesslergasse (today Münstergasse) so that I could paint large pictures. I wanted to try something new because I felt a certain mistrust of my previous gestural and gesticulating painting. The overemphasised individuality, handwriting and graphology of informal painting had become suspicious to me.”

This is how the painter and draughtsman Franz Fedier recalled one of the most drastic changes in his artistic career forty years later. Fedier had become famous as a young artist in the 1950s with large-format, gestural paintings in the style of Abstract Expressionism and Informel and had been invited to international exhibitions; he was able to show his work in a solo exhibition at the Kunsthalle Düsseldorf, at the biennials in Sao Pao-lo and Venice and at the Dokumenta II in Kassel.

Around 1960, however, artists of Pop Art and Nouveau Realisme turned away from gestural-abstract painting because they considered it self-centred and escapist, and incorporated the modern world into their works using everyday motifs and materials. With the same argument, Franz Fedier, who was to remain faithful to painting until the end of his life, also sought new paths in his medium during these years. After a brief phase of paintings in which he displaced personal handwriting with random processes, he soon produced works characterised by a smooth application of paint, strict geometric forms and bright colours.

Quirky and colourfulThe Bernhard Bischofff & Partner Gallery is now dedicating an extensive exhibition to this unjustly lesser-known creative phase in the work of the well-known artist, in which one can get to know the striped pictures as well as the pictures with frame shapes, the colour tables or the angular pictures, which are reminiscent of the Shaped Canvases by the American Frank Stella, with whom Fedier also dealt theoretically.

Despite their date of origin six decades ago, the works have lost none of their freshness, luminosity and energy and seem surprisingly contemporary in their formal simplicity and simultaneous visual complexity.