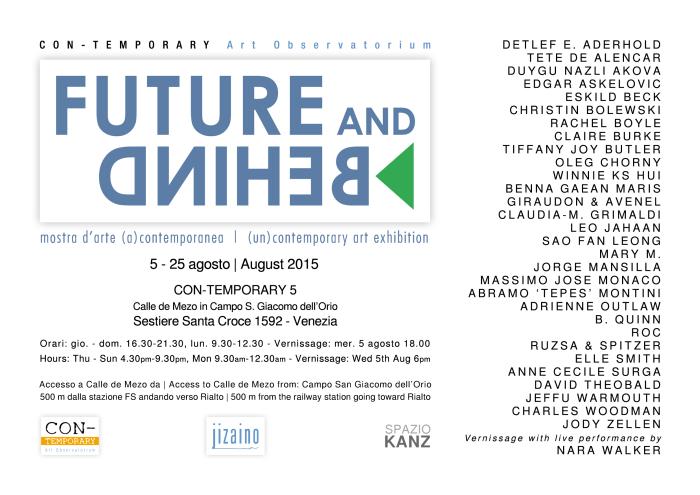 The 56th International Art Exhibition of the Biennale di Venezia has been entitled “All the World’s Futures”, a title that perhaps would be more appropriate with an ending question mark. We live in present times characterised by agitations at a planetary level, by the fragmentation of thought, by the crumbling of ideals, where the disinterest in searching justice and respect is raging, where the past is repudiated, erased, or adjusted according to one's own interests.
In their introductory speeches, Paolo Baratta and Okwui Enwezor, respectively President and Curator of the Biennale, clearly proved to be conscious of the no more negligible extent of social uproars, to the extent that you can feel they disguised some hesitation proposing a title so obstinately positivist and evoking hopeful prospects.

Carefully examining the reality of facts, the worrisome worldwide socio-economic lack of balance is caused by radical injustices exacerbated beyond any tolerance, and searching at any cost a way out in the prospects of future rather seems rhetoric for the last Titanic's lifeboat.

FUTURE AND BEHIND is an exhibition aimed to answer with critical sense to the prospects hinted by the title of this Biennale. Through the artworks of the invited artists, impartially selected for the motivations on the argument, it explicates a thematic itinerary deliberately biased: starting from the concept held in the phrase “aka-ta qhipa uru”, that in the language of Aymara people means “from now to behind”, this exhibition wants to suggest that if we want to see what are the good things in our hands, from which to restart, we must inevitably look at the past.

The mentality of Aymara people is characterised by a one-of-a-kind and antithetical conception of time: unlike the contemporary man, who imagines himself transiting in the present with the future in front and the past behind, Aymaras see themselves with the past in front and the future behind.