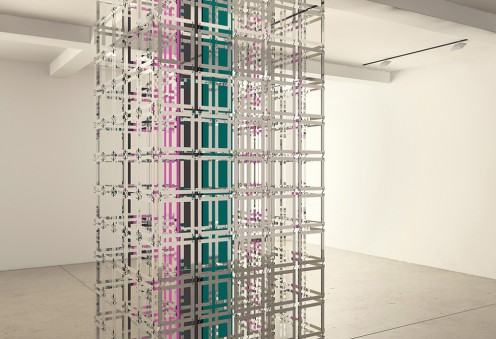 Focusing on the notion of abstraction in twentieth-century and contemporary Belgian art and the varying sources of influence and inspiration among the artists of two generations, Tuymans has selected fifteen artists whose work either articulates a relationship to abstraction or takes as its cue the definition of abstraction. Although the artists themselves have emerged from different periods and motivations, a clear formal relationship between the selected works is apparent, and thereby reveals a current and earlier interest in abstraction that has not lost its relevance over recent decades.

Luc Tuymans, himself a figurative painter who constantly seeks to extend the traditional boundaries of his practice, has specifically selected these artists for the individual nature of their practice and the paradoxical way each of them uses their medium. Presented in the two gallery floors of Parasol unit, their works collectively investigate the potential, formal and conceptual tensions within the notion of abstraction.

Works by the earlier generation of artists represented in the show can be loosely situated within geometric abstraction and abstract constructivism, influenced by artists such as Piet Mondrian (1872–1944) and groups such as De Stijl (founded 1917) and the ZERO movement of the 1950s and 60s, as well as the American Colour Field painters. Whereas the more recent works by the younger generation of artists reconstruct and reinterpret the Modernist ideas and concerns from today’s artistic point of view. Ultimately, this exhibition highlights the diversity of artistic practice within abstraction, while revealing intergenerational influences and allowing viewers to explore and be challenged by the depth and limits of abstraction.

Parasol unit appreciates the generous support of Flanders, State of the Art.