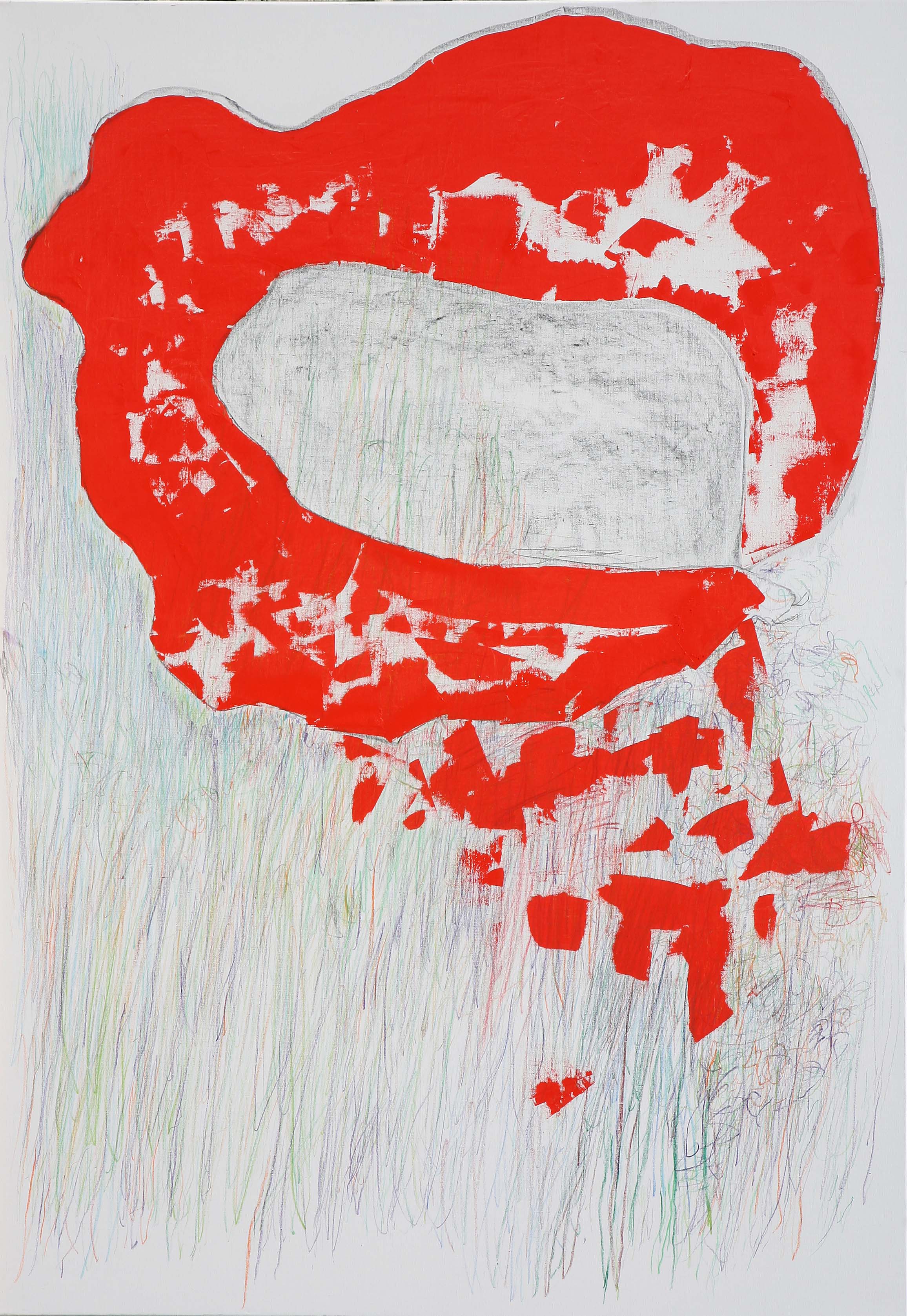 The painting that forms part of Gonn Mosny’s artistic oeuvre is not representational and an expression of his idea of metaphysics. The artist, born in Hamburg in 1930, who has been living in Tyrol since 2005, is one of the last surviving students of Willi Baumeister. He was admitted to Baumeister’s master class at the Stuttgart Art Academy in 1952 and thenceforth intensively studied his teacher’s concept of painting until the latter’s death in 1955. Mosny, throughout his life, has been influenced by Baumeister’s special image concept, which completely liberated itself from any artistic impulse through a spiritual approach and re-defined the painting practice in the spirit of Zen Buddhism. Baumeister, in 1947, published the book Das Unbekannte in der Kunst (The Unknown in Art), where he points towards the affinity between the unknown and the forces of nature. In his opinion, the creation of a work of art surmounts the capabilities of humans and is part of the natural processes. Also an important influence, in shaping Gonn Mosny’s artistic outlook has been Eugen Herrigel’s book Zen in der Kunst des Bogenschießens (Zen in the Art of Archery), published in 1948.

Our thanks go to the Mosny family for supporting the exhibition.curated by Karin Pernegger, Kunstraum Innsbruck