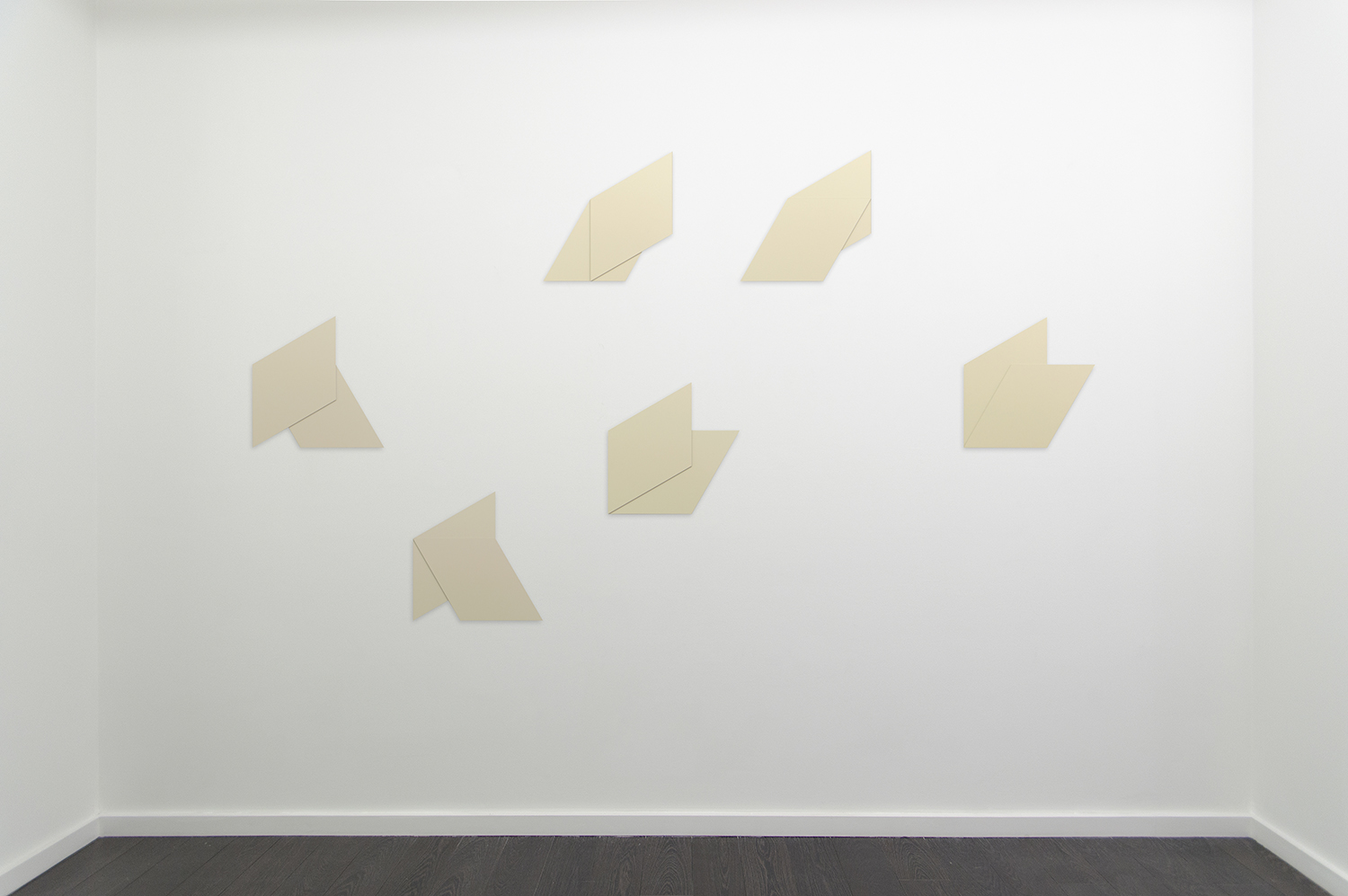 Hartmut Böhm (b. 1938) is widely regarded as one of the most important German non-figurative artists of his generation. From his early systematic works, which draw on a European geometric tradition to the artist’s more recent installation based practice, Hartmut Böhm’s works are best described within the context of Minimalism rather than European Constructivism.

The works chosen for this exhibition represent both a continued interest in mathematical systems as well as the dismissal of rigid structures as sole compositional element. The juxtaposition exemplifies the artist’s increasing unease with the dogmatic nature of geometric art and German constructivism in particular.

Proportional systems and progressions lay at the heart of many of the artist’s works. Their repetitive nature is intentional, often describing the starting-point for a composition that could expand infinitely.
A small selection of seminal works from the past four decades are shown in the office, intended as an overview these works complete the installation.

Hartmut Böhm participated in several ground-breaking exhibitions, including the 1964 exhibition “Nouvelle Tendance” at the Musée des Arts Décoratives at the Palais du Louvre and in Zagreb 1965. Shortly thereafter “this Kenetica” at the Museum des 20. Jahrhunderts in Vienna, the first important survey exhibition of Kinetic-art in Europe.